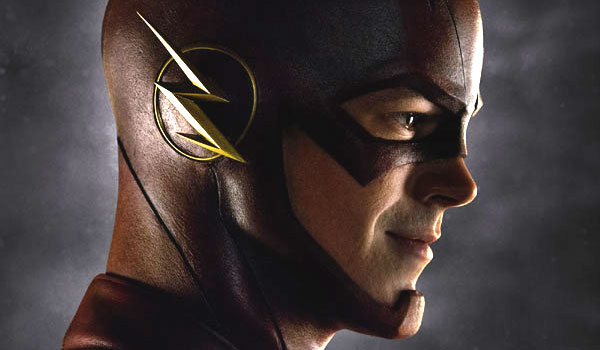 Marvel’s most recent display of box office dominance over DC Comics can be seen through the success of summer’s biggest hit, Guardians of the Galaxy. The movie, based off a relatively unknown Marvel property, was a bigger financial success than last year’s Man of Steel, the flagship title of DC Comics — their bread and butter — their literal Superman. Facts like these, however, should not be used to argue which company is “better” than the other; they should be used to look at which company is focusing their attention on which market. While Marvel may be dominating Hollywood, DC Comics has had similar success in television.

There’s little to no arguing that Marvel has become a golden goose of sorts in the world of cinema, where even their most heavily critiqued films turn a profit (We’re looking at you, Elektra, with your 10% rating from Rotten Tomatoes and worldwide gross of 56 million dollars, according to Box Office Mojo). Marvel’s box office success is only furthered when all of its properties are taken into account. According to IMDb, there have been 32 big budget theatrical releases of Marvel properties since the year 2000.

Marvel’s focus in cinema isn’t only evident based off the financial success of their movies, but the complexity of them as well. The company has created an intricate web of crossovers, plot-lines, and sequels in order to tie together a huge chunk of their films. Take The Avengers for example — the third highest grossing movie of all time, according to Forbes — which was a culmination of five major Marvel releases, all huge successes on their own. That kind of planning and execution is what has made Marvel an unrivaled powerhouse in the film industry in the last decade-and-a-half.

Even when DC announced their upcoming lineup of movies, which contained title characters like Wonder Woman, Green Lantern (Rebooted after the 2011 disappointment), and Shazam, their time in the media spotlight was cut short by Marvel Studio’s “Phase Three” announcement. This announcement alone added nine more feature length titles by 2019 to the already large list of Marvel-related movies.

Marvel’s unquestionable box-office dominance may be viewed as an explanation for DC Comic’s comparatively conservative number of theatrical releases (nine films since the year 2000, according to IMDb). It could easily be said that Marvel has over-saturated the film industry with so many comic book movies and done it so well that there is currently no point to even try to compete with them. So what are Warner Bros. and DC doing instead? Focusing their efforts in television.

For about as long as Marvel has had control of theaters, DC has had comparable dominance in television. Smallville, a series based around the life of a young Clark Kent growing into his powers, values, and general persona of Superman, was a huge success that ran for 10 seasons. The show was considered a standalone from any of the movies Warner Bros. and DC Comics made during that time and as a result gave it plenty of freedom to explore the DC universe by introducing other popular characters such as the Green Arrow and The Flash.

Shortly after Smallville wrapped up, Warner Bros. and DC followed up with a series called Arrow, which focused on the previously mentioned character, Green Arrow. The series is reminiscent of Smallville in the sense that it acts as an origin story for the Justice League archer, but rarely gets flack for it. Fans and critics in general have been highly responsive to the series, commenting on its darker tone, as Entertainment Weekly noted, and still others are praising the character’s portrayal as a Robin Hood-inspired anti-hero, as Nerd Like You points out. And much like Marvel’s way of tying together films, DC Comics has used Arrow as a jumping off point to introduce another new series based off the popular superhero, The Flash, which premiered on October 7.

DC Comics isn’t limiting itself to its popular Justice League characters to star in new shows though. The recently aired Gotham on Fox focuses not on Batman, but rather on a young detective, James Gordon, in his days before he became the police commissioner fans know and love. The show has been received positively and is set to tell the relatively unknown history of several future Batman villains and heroes, according to ScreenRant.

On the topic of unknown heroes, DC Comics is delving even further into the realm of television by releasing a third series this fall. Entitled Constantine, this is potentially the most fun DC property released to primetime television yet. Based on the Hellblazer comic book, the show stars John Constantine, a street magician cursed with ties to the occult and an unrivaled amount of cynical humor.

With Marvel’s complete dominance in cinema, it could be said that DC is holding back, recognizing that the niche for comic book movies is currently being filled by Marvel and its Avengers series. If that is the case, DC is not sitting idly by but is instead setting its sights on the relatively untapped market of primetime television, which is lucky for us as it means even more comic book fun for our viewing pleasure. And we should consider ourselves even luckier because, almost as if in response to DC’s dominance of primetime, Marvel seems to have found yet another untapped niche in the form of Netflix.