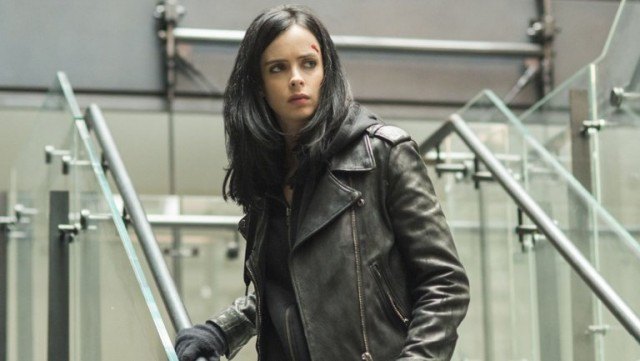 If you’re a comic fan, chances are you have spent time binge-watching Netflix’s latest Marvel series, Jessica Jones. The new superhero drama has earned rave reviews since its debut, making it seem like a shoo-in for a second season. But it turns out a renewal for the series might be more complicated than you thought, as showrunner Melissa Rosenberg recently revealed.

In an interview with The Hollywood Reporter, Rosenberg confirmed that there’s definitely potential for a second season. “I hope so. There certainly is storytelling wise,” she said. “The question becomes is there actual time?”

As the showrunner stated, even if Jessica Jones does earn a renewal, it could be a good long while before viewers actually get to see it. “There are logistics involved, because Defenders has to shoot by a certain time, contractually,” she said. “Actually, I’m not sure; I’m not at all involved in those conversations, much to my dismay. The first question is whether or not we will even get a second season. The second question is, if so, when? Will it be before The Defenders or after? I’d certainly love it to be before but there are things that play into that — time, availability.”

Netflix’s Marvel-inspired slate is certainly crowded. There are two more superhero standalone series left to air prior to The Defenders: Luke Cage, which is already filming in New York City and is expected to hit Netflix in 2016, and Iron Fist. There’s also the matter of the second season of Daredevil, which already got a brief teaser and is due out at some point next year as well. That really doesn’t leave much room for a second season of Jessica Jones. Then again, Marvel and Netflix wasted no time kicking off production on Daredevil‘s sophomore season, so there is a chance they could pull it off again with Jessica Jones.

Still, first things first: The show still has to get the official go-ahead on Season 2. Netflix usually announces renewals fairly quickly after a series debut, so fans will likely know whether Jessica Jones is getting a second season sooner rather than later. That being said, we might not find out about a projected release date for Season 2 until later on.

Whatever happens, we do know that we will eventually see Jessica Jones again in The Defenders, along with Daredevil, Luke Cage, and Iron Fist. Though it’s unclear how involved each of the original shows’ creators will be involved in the mash-up series, Rosenberg made it clear that she plans on staying invested in the character, with any future series.

“I’m a complete control freak when it comes to this character. I will do everything in my power to protect the character in whatever forms,” she said. “They’ll have to throw me kicking and screaming out of that building. But they own the property. They’ve really been inclusive thus far so I’m not really worried about it.”

Considering what a stellar job she did with the first season of Jessica Jones, we can only hope Netflix and Marvel will bring Rosenberg and the other show creators back for consultation on The Defenders. In the meantime, stay tuned for more word on Jessica Jones Season 2.