The Masked Singer: Ken Jeong Reveals Why the Show is so Popular

Even if you haven’t seen The Masked Singer, there’s still a good chance you’ve heard of the show. It features costumed celebrities in a singing competition, and viewers can’t stop trying to guess who is behind the masks. The Masked Singer is nothing short of a reality TV sensation, and judge Ken Jeong says this is the one reason the show is so successful.

Who else is on The Masked Singer? 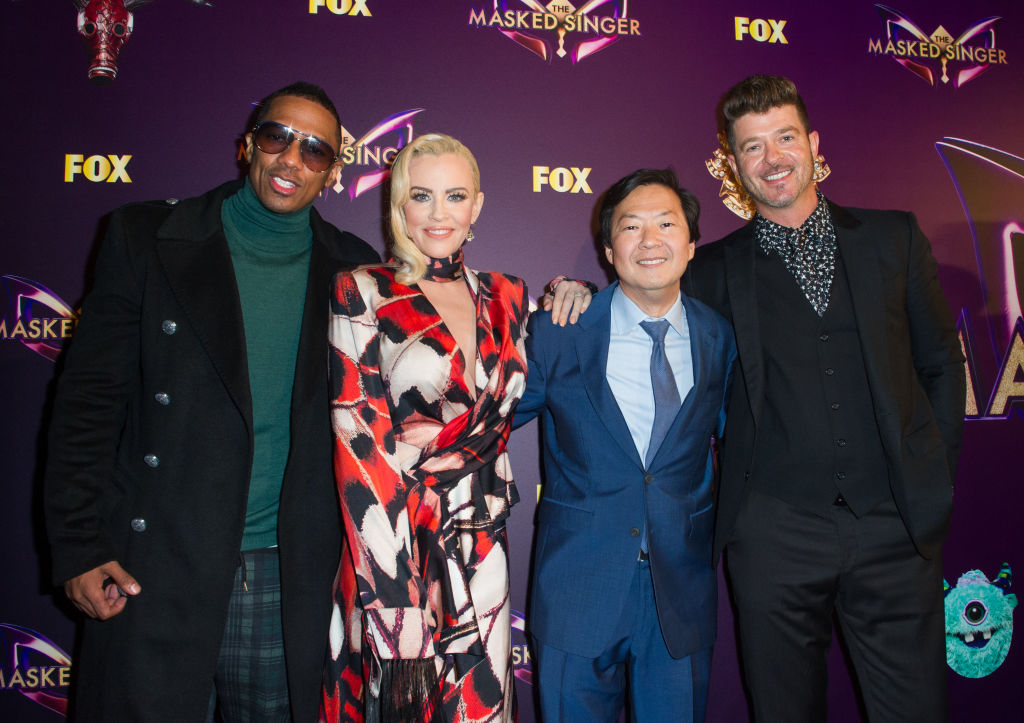 Aside from wealthy host Nick Cannon and the performers, the judges are the other cast members on The Masked Singer, but we know who they are.

Former Pussycat Dolls singer Nicole Scherzinger is one of the judges, and Jenny McCarthy is the other female on the panel.

Meanwhile, singer Robin Thicke knows a thing or two about what makes a successful performance. Life-saving comedian Jeong is the fourth judge who is always ready with a quick one-liner.

Based on the success of shows such as America’s Got Talent, Dancing With the Stars, and American Idol, people love talent-based reality TV shows. Ken Jeong says The Masked Singer’s success is finding a way to feature the best parts of all those other shows.

“It’s the format,” Jeong tells Parade. “The Masked Singer is four gameshows rolled into one. It’s part American Idol, part The Voice, part Dancing With the Stars, and a little big vintage What’s My Line. The format is the star.”

Jeong knows why The Masked Singer is a hit, but he’s still surprised by the show’s success. “It’s insane, isn’t it?” he tells Parade. “It’s really been the biggest surprise hit so far this year. None of us expected the monster ratings, pun intended. One reviewer described the show as a ‘fever dream.’ It’s like, wow, is The Masked Singer on, or do I have the flu?”

Do the celebrities pick their costumes?

The big gimmick with The Masked Singer is the celebrity singers wear head-to-toe costumes that conceal their identities, and the judges try to guess who they are. But do the celebrities get to pick their costumes? It depends.

The hidden celebrities can choose their costumes on The Masked Singer. | FOX

Costume designer Marina Toybina started with nearly two dozen renderings, and she whittled it down to 12. Comedian Margaret Cho reveals she got to pick between two costumes. Some of the celebrities don’t have a preference, in which case Toybina chooses for them. In either case, the performers have to go through multiple fittings to get a perfectly tailored costume.

Where do you know Ken Jeong from?

Ken Jeong is a star now, but he had a great backup plan in case he never made it on Hollywood. Chances are he’s smarter than you.

Jeong is on the short list of celebrities with advanced degrees. He received an M.D. from the University of North Carolina and is a licensed physician in California. So he was hardly acting at all when he played Dr. Kuni in the 2007 movie Knocked Up, which was one of his first notable roles.

The Hangover series, the TV comedy show Community, and Crazy Rich Asians are some of Jeong’s well-known projects. He also starred in the ABC sitcom Dr. Ken.