Matt Bomer to Bring Old Hollywood Back in ‘Monty Clift’ 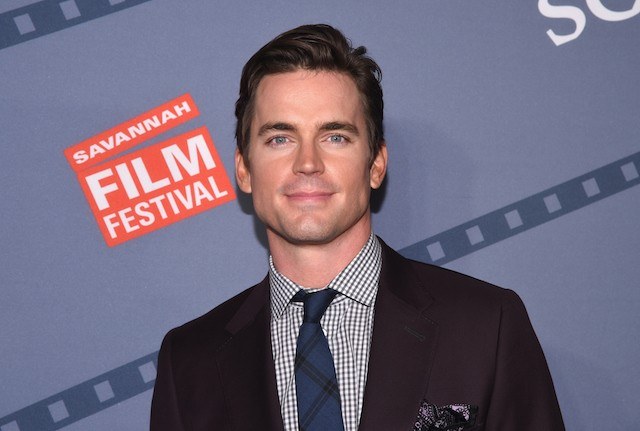 White Collar might be over, but Matt Bomer isn’t showing any signs of slowing down. The actor is now set to play iconic film and stage star Montgomery Clift in an upcoming HBO biopic, entitled Monty Clift.

The project has reportedly been in the works for quite some time. It originally started off as an indie feature, with Bomer attached to star and theater director Larry Moss set to helm from a script by Christopher Lovick. The premiere cable network has now stepped in to resurrect the project, keeping talented team, as well as enlisting Love Is Strange writers Ira Sachs and Mauricio Zacharias to revise the original screenplay.

Clift was one of Hollywood’s most well-known male stars during his prime, starting in theaters and then moving to the big screen with successful films such as A Place In The Sun and From Here To Eternity. Over the course of his career, he earned four Oscar nominations. But his personal life was tumultuous, even as his professional one was on the rise. He struggled with his sexual orientation and developed a drug and alcohol addiction after a car accident left his face partially paralyzed.

According to The Hollywood Reporter, Monty Clift will chronicle the story Clift’s complicated life, placing a particular focus on his involvement with fellow legendary film star Elizabeth Taylor, following the filming of A Place in the Sun. At the time of their developing relationship, she was only 17 years old, while he was 30.

“To get to portray someone who was so formative to me as an artist would be terrifying and daunting and thrilling,” Bomer, who reiterated his desire to “make the Montgomery Clift biopic happen” as recently as last month, said of the developing project last year.

This isn’t the first time that Bomer has teamed with HBO for an original movie. Last year, he played Felix Turner in the network’s The Normal Heart, which chronicles the rise of AIDS in New York. The small screen film earned critical acclaim after its premiere in May, winning the Emmy for Outstanding TV Film. Bomer himself also earned high praise for his individual performance. He was nominated for an Emmy for Supporting Actor in a Miniseries or Movie last year and earned a second nod for the role at this weekend’s Golden Globes.

Now that White Collar’s six-season run has come to an end, Bomer has plenty of other notable roles ahead. Aside from the Monty Clift biopic, the actor has a jam-packed schedule of upcoming projects. Perhaps the most high-profile of his forthcoming films is the much-anticipated sequel Magic Mike XXL, in which Bomer will reprise his role as one of the male dancers, Ken, alongside other returning stars Channing Tatum, Joe Manganiello, and Adam Rodriguez. He is also set to co-star with Hollywood heavy-hitters Ryan Gosling and Russell Crowe in the 2016 Shane Black-directed crime mystery thriller The Nice Guys and will lend his voice to a character in the forthcoming animated movie, B.O.O.: Bureau of Otherwordly Operations.