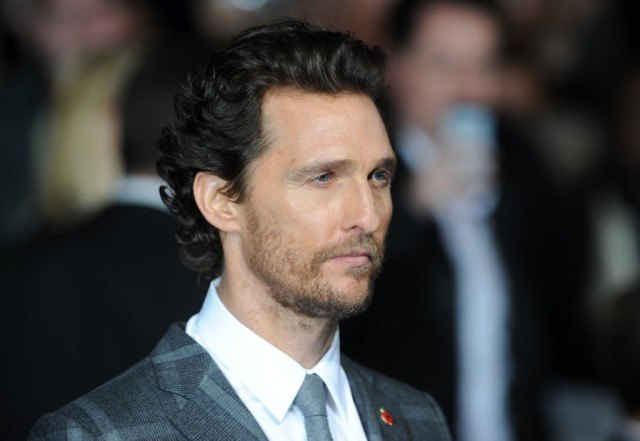 Matthew McConaughey is continuing to make out-of-the-box choices when it comes to new projects. The actor has recently signed on to star in a big-screen adaptation of Christopher McDougall’s best-selling book Born to Run: A Hidden Tribe, Super Athletes, and the Greatest Race the World Has Never Seen.

The book chronicles the story of an award-winning journalist and injured runner, who heads to Mexico’s isolated and dangerous Copper Canyons to figure out how the Tarahumara Indians were able to build the ability to run hundreds of miles without rest or injury. He shadows them in an attempt to uncover their secret for pushing their bodies to the absolute limit, traveling from university science labs to freezing mountaintops and other locations across North America. The story culminates with a 50-mile race in the Copper Canyons, pitting a group of America’s best ultra-runners against the tribe.

Born to Run was published in 2009 and quickly became an international bestseller. It also served as inspiration for the now widespread barefoot running movement, which sparked the creation of minimalist, barefoot-style running shoes. The book still remains a popular read among runners and athletes today.

The film adaptation has been in the works for quite some time. In 2010, it was rumored that Jake Gyllenhaal was in line for the lead, with British actor (and Gyllenhaal’s brother-in-law) Peter Sarsgaard on board to direct, but the project never got off the ground. It’s unclear who will helm the new, McConaughey-starring iteration.

While the Born to Run story is pretty well-known on its own, McConaughey’s newly confirmed participation in the film will surely add interest. According to Deadline, the actor will star in an adaptation penned by Matthew Michael Carnahan (World War Z). LD Entertainment’s Mickey Liddell, Deb Newmyer (The Ugly Truth), and Lorenzo di Bonaventura (Transformers: Age of Extinction) are on board to produce the project.

For McConaughey, the film is part of his ongoing attempt to take on more substantial and unexpected roles. The actor has enjoyed a career resurgence following parts in indie movies like Mud, Killer Joe, and Dallas Buyers Club (the latter of which earned him an Oscar for Best Actor), as well as his critically acclaimed turn in HBO’s True Detective. More recently, he also appeared in Christopher Nolan’s Interstellar.

Now, it seems the McConaissance is set to continue with more potentially award-worthy fare. Aside from Born to Run, McConaughey also recently signed on star in the upcoming mining drama Gold. The film, directed by Stephen Gaghan, is based on the true story of the Bre-X Mineral Corporation mining scandal in 1993, in which vast amounts of gold were reportedly discovered in the Indonesian jungle. Principal photography on the movie is slated to commence this June in various locations, including Thailand, New York, and New Mexico.

The actor will next appear on the big screen in the Gus Van Sant-directed drama mystery The Sea of Trees, which is expected to hit theaters sometime this year. McConaughey is also expected to soon start production on the true Civil War story The Free State of Jones, due out in 2016.