Two years after producing the 2015 reboot of Fantastic Four, Matthew Vaughn is now admitting that the movie was a mistake.

While doing press for Kingsman: The Secret Service this week, Vaughn said that one day he’d be interested in directing a Fantastic Four movie himself, which he added would hopefully function as an apology for the 2015 reboot. Vaughn served as a producer on that critically-panned superhero flick directed by Josh Trank.

“The other one I’ve felt an obligation to do is, I wouldn’t mind maybe making a Fantastic Four film to apologize to everyone out there that maybe it didn’t go very well for them,” Vaughn told CinemaBlend. “It’s brilliant. One of my favorites is the Fantastic Four, so maybe one day I’ll try and rectify the mistake.” 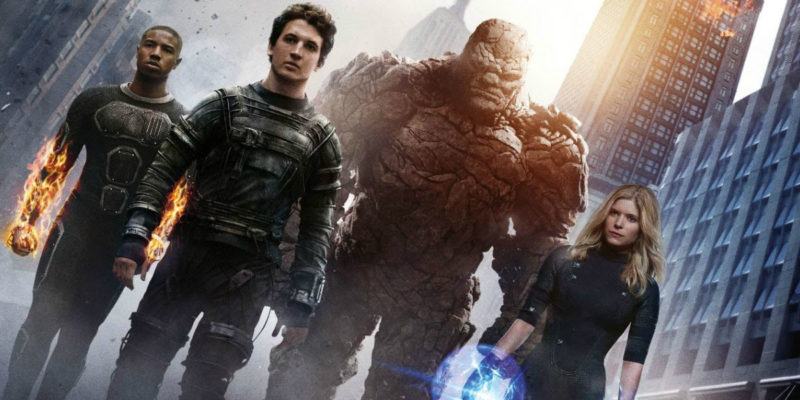 Vaughn has not previously spoken about the fact that 2015’s Fantastic Four was a failure. He was not intimately involved in the production of Fantastic Four, as he released his own Kingsman: The Secret Service that same year, but he did praise Josh Trank’s work and said he approved of the movie.

The world did not like Josh Trank’s vision, as Fantastic Four became one of the most hated comic book movies ever made, receiving a score of 9% on Rotten Tomatoes. Trank actually disowned the movie on the heels of its release, suggesting on Twitter that the film was destroyed by the studio. He tweeted, “A year ago I had a fantastic version of this. And it would’ve received great reviews. You’ll probably never see it. That’s reality though.” Trank quickly deleted the tweets.

Before and after Fantastic Four‘s release, there were numerous rumors about drama behind the scenes, including reports that Josh Trank had exhibited erratic and unprofessional behavior. At one point, there was even a rumor that Matthew Vaughn had to step in and take over reshoots on the film. But Josh Trank denied this, saying that Matthew Vaughn was never on set a single time and that the two of them never even met.

20th Century Fox was hoping that 2015’s Fantastic Four would launch a franchise, and in fact they had originally planned to release a sequel in 2017. But the first movie was a complete catastrophe at the box office, and so no followup ever happened. Since then, Spider-Man joined the Marvel Cinematic Universe after being a Sony property, so fans have hoped that the same might happen with the Fantastic Four. Recently, Stan Lee went as far as to say that he thinks the Marvel Cinematic Universe will get its hands on the characters.

“Sooner or later, they’re going to get the rights back to all our characters,” Lee said. “They’re working on it, and they’re still making X-Men movies and stuff. Don’t worry about it. You’ll get more Marvel superheroes than you’ll have time to look at in the next few years.”