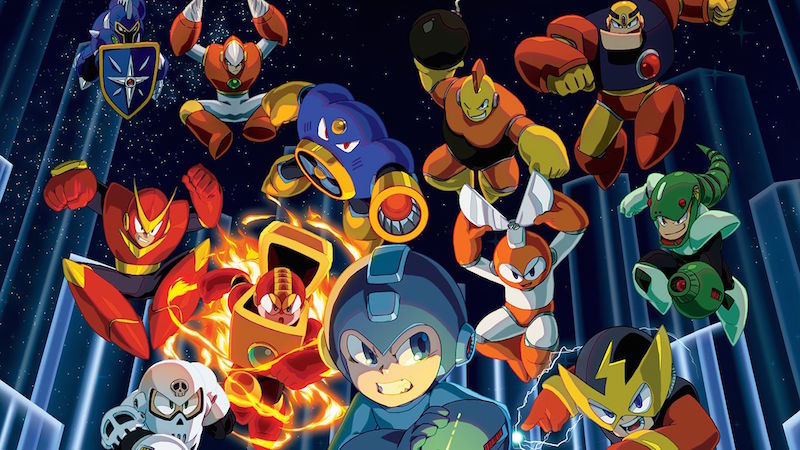 We’ve seen enough video game collections to know that there’s a right way and a wrong way to preserve classic games. From what I’ve played, Mega Man Legacy Collection does it the right way and then some. The game offers complete, lovingly preserved versions of Mega Man through Mega Man 6, the games that appeared on the Nintendo Entertainment System between 1987 and 1993.

To find out how this collection came together, I spoke with Capcom producer Rey Jimenez.

“Our technical goal first and foremost was accurate reproduction of the original 8-bit games,” Jimenez said. “With that focus in mind, once that goal was achieved, we then created additional features (challenges, filters, etc.) that we could build from that, but that do not break the tenet of authentic play.”

Getting an accurate reproduction of the original games isn’t as simple as it might sound. Standard ports and emulations of older games almost always result in bits and pieces that don’t act like the original games did (just read this article from Ars Technica on how complicated emulation is). Casual gamers might not notice the differences unless they’re deeply familiar with the original games or they’re playing them side-by-side, but from a preservation standpoint, something is lost.

To create the most accurate versions of the games possible, the development team actually rebuilt the games from the ground up, using the original assets. It was a lot more work than a simple port or emulation, but the process seems to have worked exactly as planned. Jimenez said, “The end result is a super accurate recreation of the original game. So accurate in fact, aside from some graphic priority issues in a small number of cases, there really wasn’t any issue with how the games imported. One of the guys on the QA team is actually a Mega Man speed runner and nothing really seemed to be missing from the get go.” 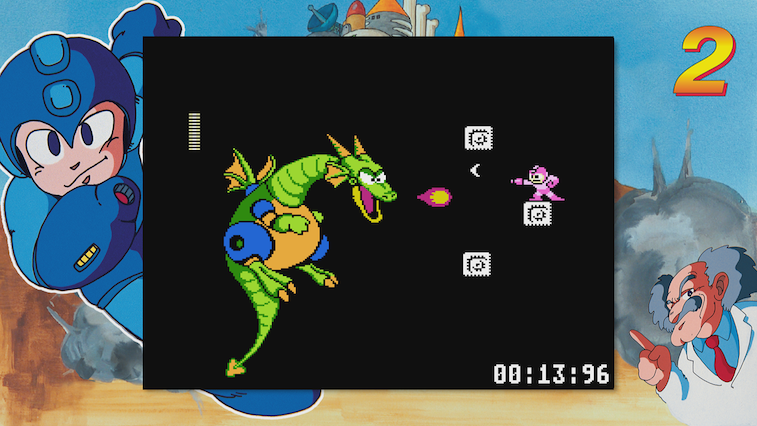 Not that the NES Mega Man games are flawless pieces of software. If you’ve played the games before, you may remember seeing instances slowdown and flickering sprites when multiple enemies and projectiles are on the screen at once. Jimenez said they dealt with those issues on a case-by-case basis.

“There are two categories of flicker and slowdown when talking about gameplay on the original hardware,” he said. “There’s hardware flicker/slowdown, which was the actual system chugging along because it could only handle so much on-screen at the same time. Then there’s programmatically added flicker/slowdown. These are put in by the original programmers, most likely to prevent hardware issues. The hardware slowdown/flicker is gone because we are obviously not on old hardware, but the cases where it was programmed in remains.”

For gamers who grew up on the more forgiving games of the modern era, this collection will often seem — to put it frankly — like a whole lot of bullshit. Some enemies are placed with the seeming intention to knock you into pits. Others are too short to hit with your standard mega buster gun, while others still leap around with glee as you struggle to land a single shot.

But unlike in the original games, this collection gives players some helpful tools to get by. For one thing, there’s a dedicated button for rapid fire that sends off three shots with superhuman speed. You can also save the game at any time and load it back up if you die; this comes in handy when you want to use more lives than you would otherwise have.

There’s even a layer of added help in the menu screen. Jimenez says, “The new Database feature will allow a player to view a description of all the enemies in the game, which may contain a hint on the best way to defeat that enemy. Along with the description, the database will display hit points and attack points as well as exactly what weapon(s) that enemy is weak against.” 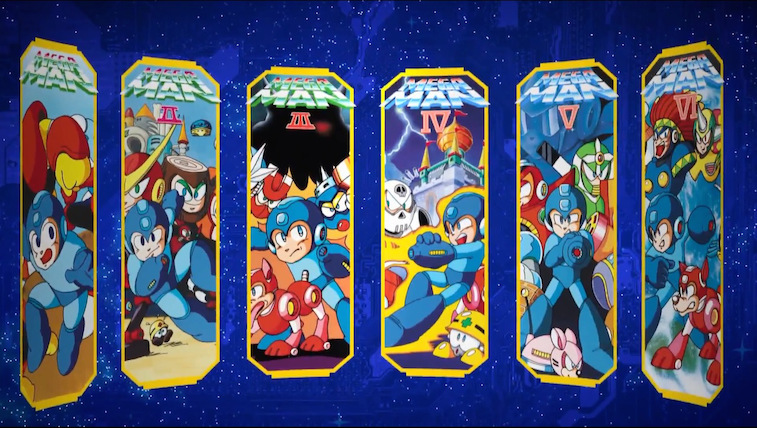 “We’ve taken that one step further though,” Jimenez says. “When you check out the Database entry for any of the Robot Masters, you’ll see that there’s an option to fight them. When you select that, you’ll be dropped straight into a fight with that particular boss. You can take the info you just learned about tactics and weaknesses into a practice fight and learn their pattern without having to play through the game, sacrificing valuable lives.”

Aside from the core games and the fully illustrated Database, the developers have added a long list of challenges that cut right to what’s great about Mega Man games. Some of the challenges are simple time trials against Robot Masters and other bosses. My favorite challenges are ones that offer remixed slices of the games, much like the challenges you’d find in NES Remix on Wii U and Nintendo 3DS.

To Jimenez, the challenges are the most appealing part of the collection. “They are fun, bite-sized portions of Mega Man 1 – 6 that really fit quick and short jaunts of gaming, which is all I seem to have time for these days. Also, I love the fact that they are time attacks and that Mega Man has all the weapons from the get-go for them. Having all the items and weapons really opens up the possibilities to creatively navigate sections of a level.”

Each of the challenges comes with a leaderboard, so you can compete against others to get the fastest times.

When asked if the team planned to bring other Mega Man games out in similar collections, Jimenez said they’d love to if they can build the tech that makes it easy to port games from other consoles like SNES and PlayStation. He said, “But since the tech is available for NES games, wouldn’t you want to see more NES games?”

If that’s not a hint at things to come, I don’t know what is. Capcom has a vast library of NES classics, including Ducktales, Ghosts ’n Goblins, Little Nemo: Adventures in Slumberland, and more. Will we see those on modern game systems in the next few years? We’ll have to wait and see.

The Mega Man Legacy Collection is now available to download on Xbox One, PlayStation 4, and PC. It will come to Nintendo 3DS and get physical copies in 2016.