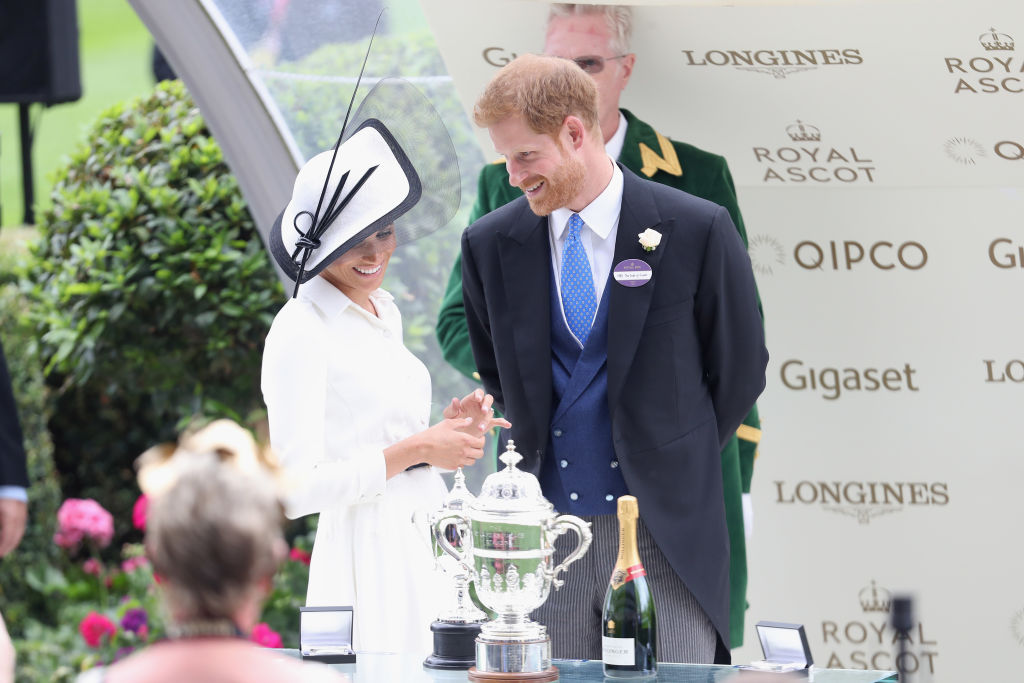 Newlyweds Meghan Markle and Prince Harry made a surprise appearance at the Royal Ascot opener on June 19. Queen Elizabeth II and other members of the royal family were in the attendance for the royal procession, according to E! News.

This appearance is the recent bride’s royal debut to the Royal Ascot opener since it’s her first appearance at the event. The couple recently spent their honeymoon in Alberta’s Fairmont Jasper Park Lodge in Canada, according to TMZ. King George VI and Queen Elizabeth II previously have stayed there in 1939 so the getaway was no stranger to the royal family.

After the honeymoon, the royal couple also went to Prince Harry’s cousin, Celia McCorquodale’s wedding according to News.com.au. The wedding took place in Lincolnshire and McCorquodale was marrying George Woodhouse. The bride wore her aunt, Princess Diana’s Spencer tiara for the wedding.

Meghan Markle and Prince Harry are already back in wedding mode: https://t.co/8jtELeOYpw

The royal couple seems to be busy with happy family occasions, but Meghan Markle’s father, Thomas Markle recently made headlines for a shocking interview he gave. He talked about not attending his daughter’s wedding with Good Morning Britain.

“She was beautiful. I cried a little watching her,” he said. “I was very proud and I couldn’t see a better moment in my life. The whole world was watching my daughter.” He then continued, “The unfortunate thing now is that I’m a footnote in one of the greatest moments in history instead of a dad walking his daughter down the aisle.”

The father didn’t attend the event after there were reports that he took staged photos before the wedding in order to boost his image. He claimed in the interview that him deciding not to attend as a mistake.

“I thought this would be a nice way of me improving my look. Well obviously that all went to hell. And I feel bad about it,” Thomas Markle said. “I apologized for it and that’s all I can do. I can’t do much beyond that. That was a mistake.”

There has yet to be an official response to the statement by the royal family. However, a source told ET that neither newlywed knew that Thomas Markle planned to do the interview.

“It came as a surprise. They were not given advanced warning,” a source reportedly said. “They understand he has been harassed by the paparazzi 24/7 but it’s hard for them to accept his apology when he’s again taking cash.” Piers Morgan did confirm that the father was paid his first tv interview.

“Well, it was a small amount of money, a few thousand pounds,” Morgan said according to ET. “He was offered stratospherically lots more money by different media organizations. He could’ve made a lot more money doing what he wanted to do.”