Melania Trump: Ranking Every Celebrity Impression of the First Lady

From late-night hosts to Saturday Night Live performers, we’ve seen plenty of Donald Trump impressions over the last couple of years. Now that he’s in the White House, we’ve also seen celebrities take on other members of his family, including his wife, Melania.

The native Slovenian and former model is mocked far less than the Trump men, but nevertheless, her look and attitude have been emulated on occasion. Here are the most popular instances in which a celebrity impersonated Melania, ranked from worst to best. 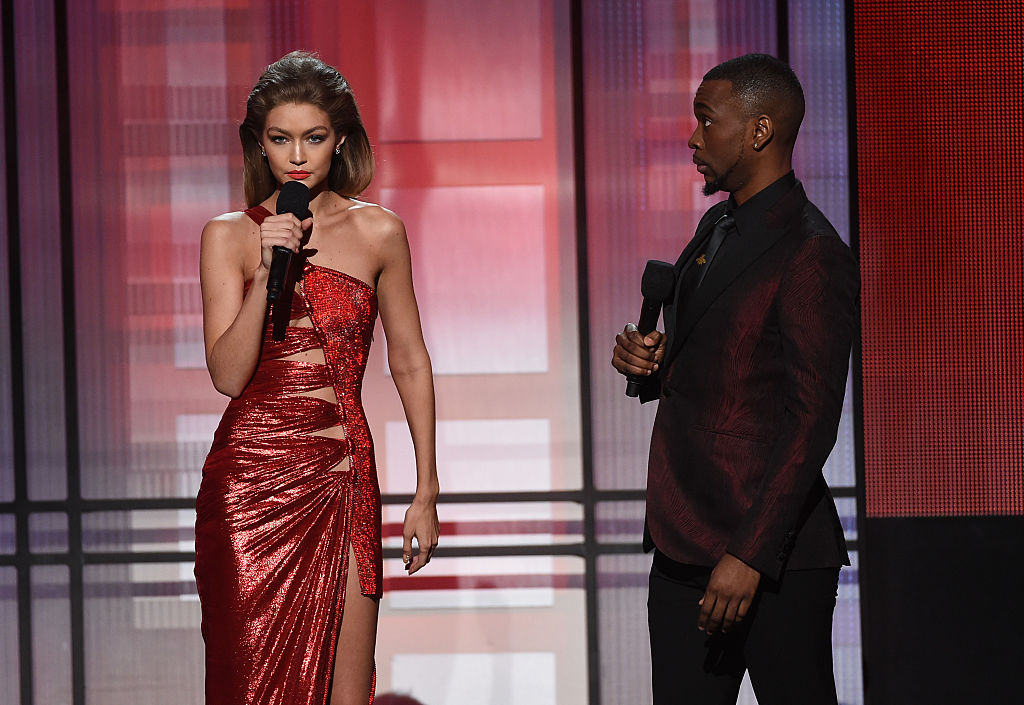 This impression is the most surprising on the list, as it comes not from a comedy or actor, but another model. Gigi Hadid, daughter of The Real Housewives of Beverly Hills star Yolanda Hadid, hosted the 2016 American Music Awards, where she tried her hand at comedy.

Hadid, whose co-host, Jay Pharoah, is a featured SNL performer, pursed her lips and narrowed her eyes and spoke with a thick Eastern European accent. Pharoah took on the role of President Trump, but it was Hadid who received criticism, after which she (sort of) apologized. 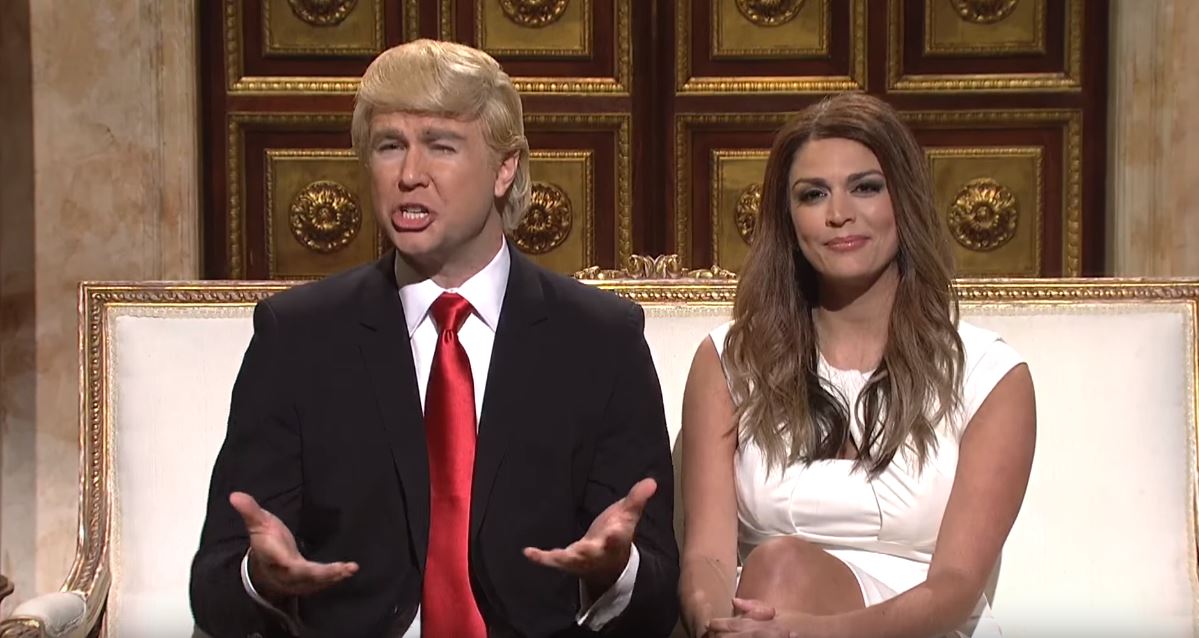 There is a lot of political commentary on SNL these days — so much so that the regulars have taken on designated members of the administration. Cecily Strong has impersonated Melania on several occasions, beginning back in the early days of Trump’s presidential campaign.

In this clip from 2015, Strong focused less on making her face look like Melania’s and more on making the jokes land. This was a great early example of Strong as Melania, but she only got better as the now-first lady spent more time in the spotlight. 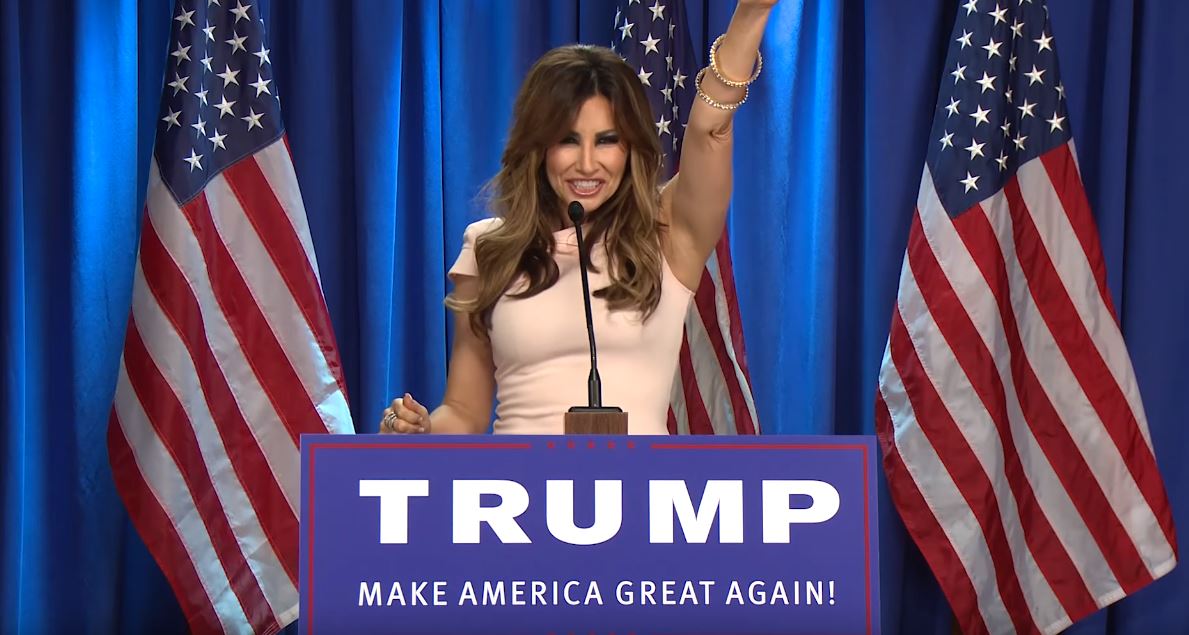 Gina Gershon as Melania Trump | Funny Or Die via YouTube

As Trump’s campaign persevered, so did the jokes about he and his family. Funny Or Die released a bit featuring actress Gina Gershon, who had previously impersonated Sarah Palin for the comedy website.

In the clip, Gershon both looked and sounded the part, emphasizing Melania’s thick accent and heavy makeup. The jokes were primarily focused on how privileged and out-of-touch Melania is with the average American, using Arkansas as a setting in order to drive that point home. 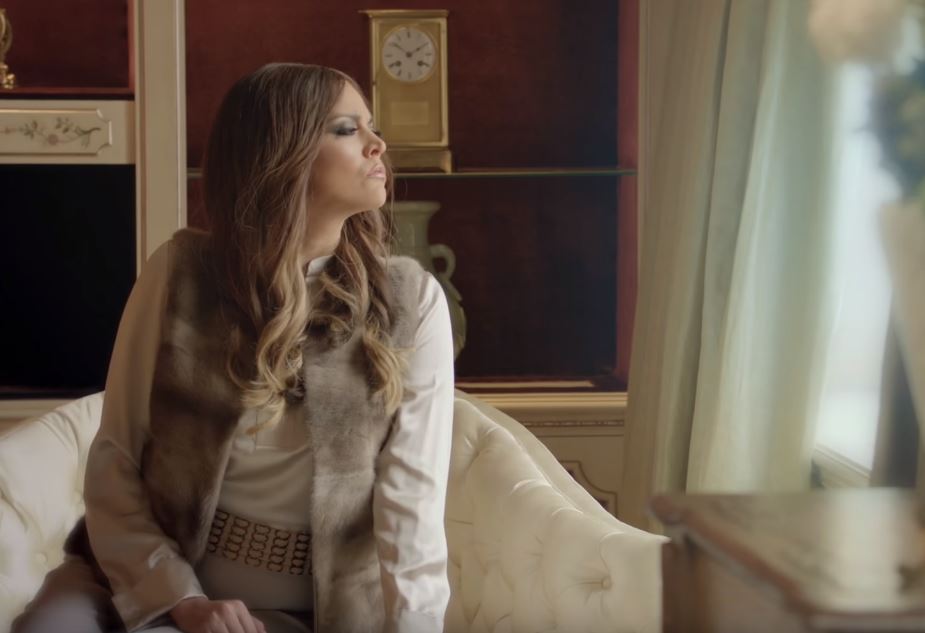 Cecily Strong as Melania Trump on SNL | NBC via YouTube

It didn’t take long for the Trumps to become a fixture in our everyday conversations. After the president was sworn in, the SNL jokes only ramped up.

On a February episode of the show, less than a month after Inauguration Day, Strong was featured in a series of “Melania Moments.” In these clips, Strong doesn’t speak, but instead makes pouty faces while Beck Bennett narrates her “deep thoughts.” 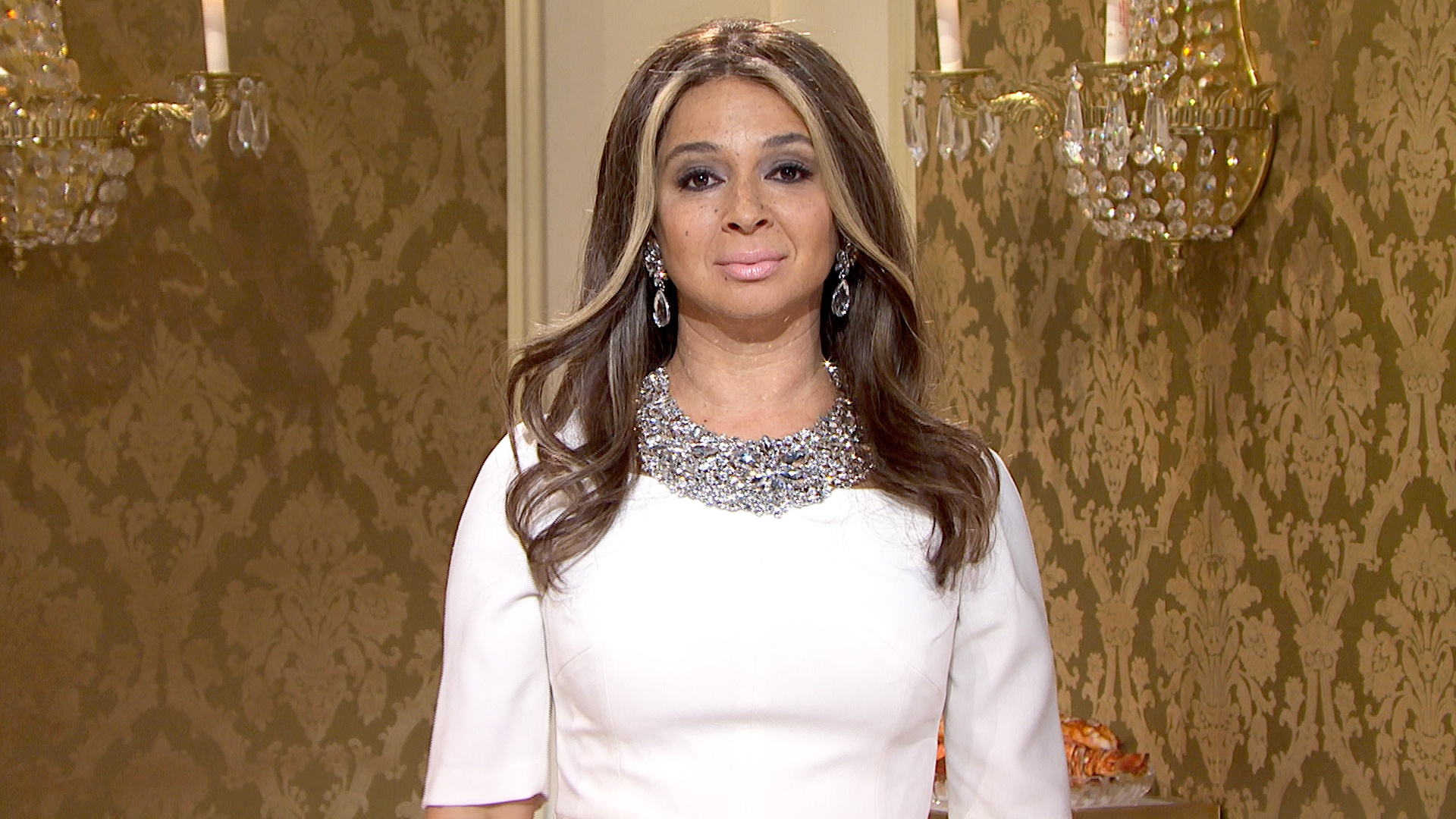 The short-lived NBC comedy variety show, Maya and Marty, also got into the mix with a Melania impression. Host Maya Rudolph dressed up and played the first lady in the clip.

Titled “Melania’s Edible Diamonds,” the bit simply showed Rudolph emphasizing Melania’s distinctive mumble while eating the “diamonds” off her jewelry. It’s not the funniest Melania impression out there, but it did showcase her speaking voice better than most of the others. 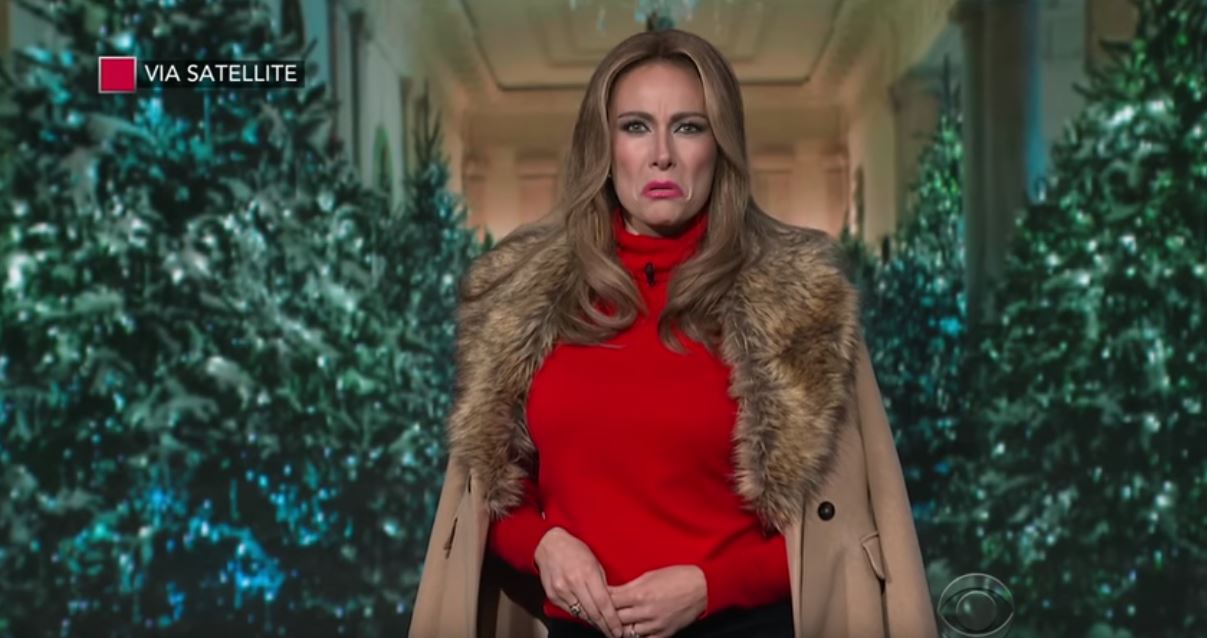 Back in 2016, Tony Award-winning performer Laura Benanti appeared on a segment of The Late Show with Stephen Colbert, where she played Melania, claiming that she did not plagiarize her Republican National Convention Speech. The controversy caused quite a stir at the time, and Benanti’s hilarious take on former model brought her quite a bit of attention.

Fast-forward to 2017, as Melania prepares for the holidays in the White House. Benanti returned to The Late Show on Dec. 1 to play the role once again, complete with exaggerated facial expressions, model poses, and dark humor that seemed to support Colbert’s assertion that Melania isn’t enjoying her role as FLOTUS. 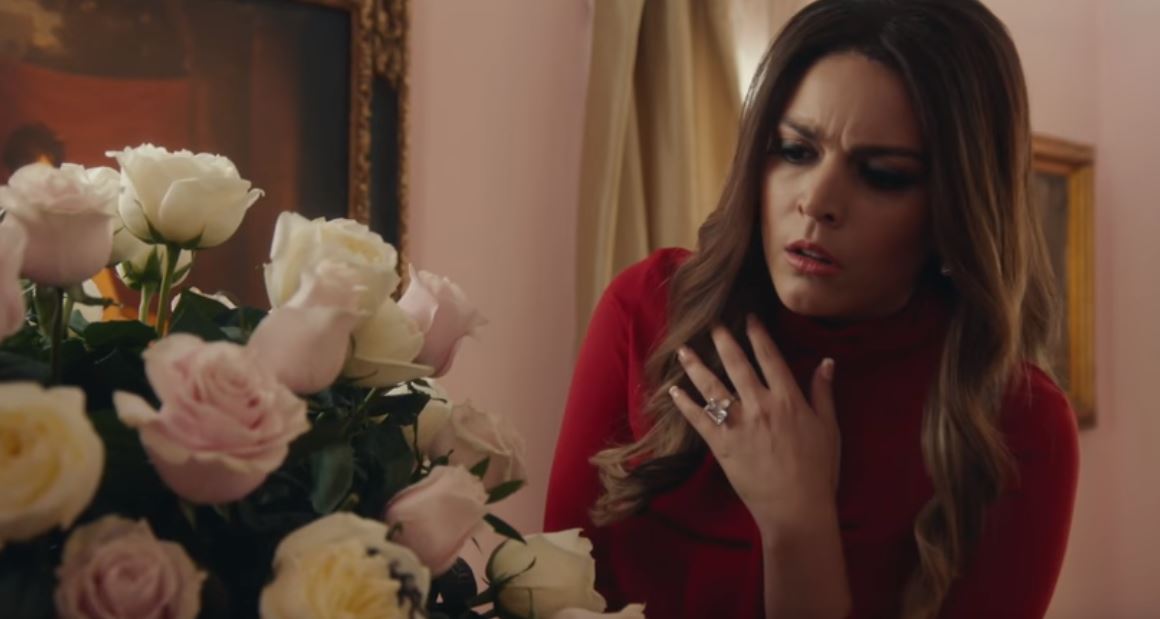 Cecily Strong as Melania Trump on SNL | NBC via YouTube

Bringing it back around to Strong once again, the SNL performer has continued to improve upon her Melania impression. It’s hard to pick just one winner, but this one, from the Oct. 14 episode of the show, puts an interesting spin on the character.

In the sketch, host Kumail Nanjiani is working at a call center, and he begins a friendship with Melania Trump over the phone. It’s funny in a very dark way, as it implies that Melania is essentially being held captive at the White House.