Melissa McCarthy vs. Amy Schumer: Which Actress is Funnier?

They’re crass. They’re profane. They’re never afraid to speak their minds, or take on controversial topics. Amy Schumer and Melissa McCarthy have proven time and again that they’re among Hollywood’s funniest women in recent history. And thanks to a string of hit movies and TV series, they’ve also rapidly become two of the most well-known.

In the past couple of years, both McCarthy and Schumer have enjoyed breakout success thanks to hilarious turns in blockbuster movies. In 2011, McCarthy, already a seasoned TV actress, shot to international fame with her hilarious turn in Bridesmaids. Schumer, a stand-up comic with her own Comedy Central TV series, became a household name after writing and starring in last summer’s surprise hit Trainwreck. They’ve both won Emmy Awards, and been nominated for a slew of other accolades. And they’ve both proven that female-driven comedy is not only hilarious — it’s also incredibly bankable.

That doesn’t mean they’re two peas in a pod, though. McCarthy and Schumer have had wildly different career trajectories, and bring their own unique talents to each new role they take. It’s evident in their comedy stylings, the projects they pick as actresses and comediennes, and even their public personas. Both are funny — but which one is funnier? Join us as we take a look at their strengths and figure out who is the reigning queen of comedy. 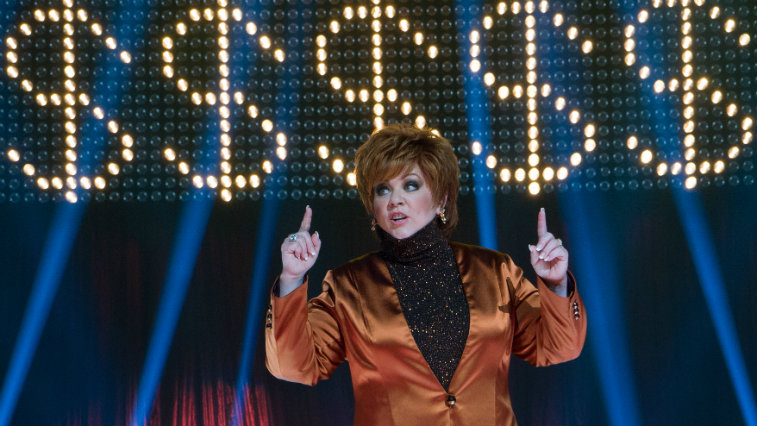 She’s been called “box office gold.” From stand up comedy to The Boss, McCarthy has shown time and time again that she has what it takes to be a supporting scene stealer, and to lead an entire movie. Her roles on Gilmore Girls and Mike & Molly helped build a foundation for one of the most successful acting careers in the 21st century. Her Oscar-nominated turn in Bridesmaids and a slew of successful turns in films like This is 40, The Heat, and Spy have given her a tremendous amount of staying power. And with a co-starring role in this summer’s Ghostbusters, the 45-year-old Illinois native is showing no signs of slowing down.

McCarthy’s characters are often brash, raunchy, and completely shameless. And she infuses them all with an unrelenting energy. They might seem threatening to people who aren’t used to knowing women who know what they want and aren’t afraid to go after it, whether it’s a fling or a fortune.

McCarthy is in many ways, a rare talent — one who’s just as comfortable delving into physical gags as she is delivering a funny line. She can make us laugh uncomfortably, like when she feverishly scopes out her prospective “man salad bar” in Bridesmaids, or it can just make us laugh out loud, like when she took off on a moped, only to tip to the side and hit the pavement in Spy. All of these qualities have led critics to laud her for her ability to make even mediocre material seem hilarious. McCarthy has also been noted for her improvisational skills, which means that many of her funniest moments came not from a script, but from her own brilliant and irreverent sense of humor. This year, she became the first woman ever to win MTV’s Comedic Genius Award.

Not bad for an actress who’s really just been in the limelight for the past five years, right? Let’s see how Amy Schumer compares.

There’s no denying that Amy Schumer’s name has dominated entertainment news headlines over the last year. The 35-year-old New Yorker is finally enjoying widespread success after years working the stand-up comedy circuit and appearing in Last Comic Standing. Her Comedy Central series, Inside Amy Schumer, has helped position her as one of the boldest political satirists on TV today. Her fearless role in bringing Trainwreck to life made her a Hollywood IT girl. While these two projects are largely dissimilar in tone and style, they follow similar trends, and both speak to Schumer’s strengths as a comedienne.

Amy Schumer’s comedic bread and butter is her ability to flip the script when it comes to femininity. She focuses much of her work on the expectations women face — from sexual behavior and beauty standards to their rights in society and the unfair social norms they face on a day-to-day basis. Her work on Inside Amy Schumer has been unflinching — she’s taken a stand on some of the United State’s most controversial topics: gun control, birth control, rape, and Hollywood’s treatment of aging women. And with Trainwreck, she took on society’s penchant for shaming promiscuous women head-on — by playing a successful, confident young woman with no desire to settle down. All in all, she’s shown herself to be an actress and writer who’s unafraid to make us confront some uncomfortable topics, and given us permission to laugh about them, too.

So, how does Amy Schumer’s hilarity stack up against Melissa McCarthy’s? Schumer’s biting wit and fearless take on modern social issues has made her one of the most talked-about comedians of the 21st century. McCarthy has built her success on delivering unforgettably bold performances, too. Each actress has her obvious strengths — McCarthy’s time in Hollywood has made her a consummate performer. Schumer doesn’t have as many credits to her name, but she’s used her skills as a writer to bolster her impressive and burgeoning career. Both have paved the way for all of us to re-examine how we think about leading ladies.

Because they’re ultimately very different women, it’s difficult to compare their talents. So it ultimately comes down to taste. If you prefer slapstick comedy, Melissa McCarthy is probably your girl. If you love more political topics, then Amy Schumer is probably more up your alley. Given her decades of hard work in Hollywood and ability to appeal to diverse audiences, Melissa McCarthy is likely the more obvious choice — she’s funnier, because the movies she’s made have a broader appeal. But that’s not to say there’s not room for Amy Schumer. In fact, when it comes to comedy, the more the merrier.