‘Memento’: Why a Remake Is a Terrible Idea

Whenever a film achieves a certain amount of box office success or pop cultural impact, it usually doesn’t take long for Hollywood to search for ways to capitalize on that triumph. Oftentimes, this strategy results in a string of (largely inferior) sequels or spin-offs that aim to keep audiences hooked into the narrative that worked so well the first time. In the case of Christopher Nolan’s 2000 thriller Memento, the powers-that-be at at AMBI Pictures are opting to remake the non-linear tale of Leonard Shelby (Guy Pearce).

For those unfamiliar with Nolan’s film, Memento centers on an insurance investigator who — after his wife’s murder — makes it his life’s mission to find her killer. However, the same person who is also responsible for Leonard’s head injury, has left him unable to form new memories following “the incident.” In order to keep his clues from fading away, Leonard has them tattooed onto his body, creating a rich tapestry that will hopefully lead him to the man who stole his life away from him. It’s a thematically rich, brilliant tale that — for many reasons — does not deserve to be remade, at least not yet. 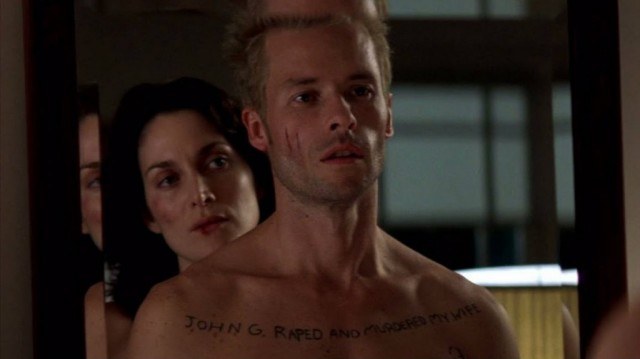 Aside from its distinct narrative structure — which mostly plays out Leonard’s story in reverse order — Memento is a straight-up revenge tale, a neo-noir bent on weaving fresh twists into a relatively familiar setup based on the perspective of its protagonist. In doing so, the film has carved out a niche for itself as one of the most successful examples of how non-linear storytelling can be an effective tool in mounting drama and stakes throughout the course of a given story. If a remake were to employ the same structure, it would defeat the purpose in retelling the same story, but by the same token, not using the original film’s primary conceit would dilute the story of the very element that made it stand out in the first place.

Moreover, in the decade and a half since the film’s debut, Memento has become a modern classic, heralded by many as one of the most impressive cinematic achievements in recent years. Unlike other films (e.g. the 2004 version of The Manchurian Candidate) that bring a fresh and wholly modern take on classic material, a remake of Nolan’s film wouldn’t reflect a radically different world than its predecessor. 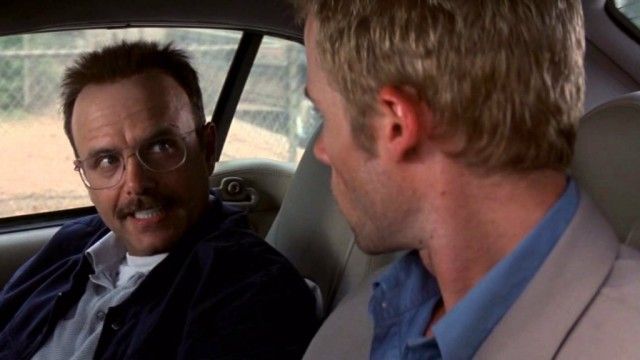 Although it may be tragically naive to assume that a Memento remake should never be made, the fact is that it is probably an inevitable notion that some studio will turn to in a blind effort to turn a profit. However, as already brought to life by one of the most acclaimed filmmakers working today, there simply isn’t any compelling reason to revisit the story just yet. The original film — based on a short story by Nolan’s brother Jonathan — is even more beloved than it was during its theatrical release, and unlike tales that center on more fluid subjects like politics and technology, the themes in Memento are timeless. At this moment, any film that endeavors to tackle them will likely be viewed as a cheap rip-off or, even worse, an exact replica. Anyone remember that ill-fated shot-for-shot Psycho remake in 1998? Enough said.