Men Won’t Be Left Out of ‘Ghostbusters’ 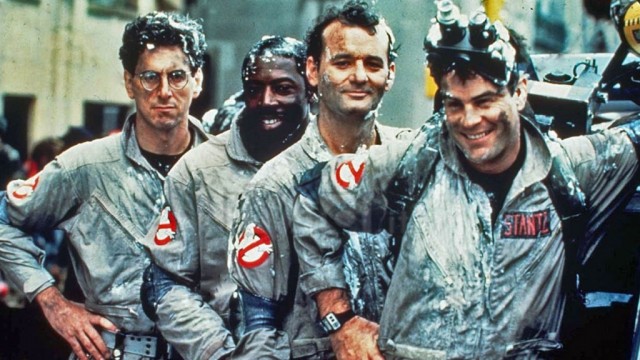 The new Ghostbusters franchise is growing. The members of the all-female ensemble cast for Paul Feig’s Ghostbusters reboot were announced at the end of January, and now Sony has revealed to Deadline that it has a new all-male version of Ghostbusters in the works as well. A new production company has been formed within Sony called Ghost Corps that will handle all future branding opportunities for the soon-to-be enormous franchise. And after Feig’s film, the next order of business is a movie with new male Ghostbusters that is set to be directed by the Russo brothers and tentatively star Channing Tatum.

The female Ghostbusters movie was one of the most talked about upcoming films of the tail end of last year. A third Ghostbusters has been in the works for over 20 years, but the original cast members could never work their schedules out to come together or agree on a script. It was a big surprise when Bridesmaids director Paul Feig announced that he would helm a reboot featuring female ghostbusters. After tons of rumors about which female comedians would land the roles, Feig announced that Melissa McCarthy, Kristen Wiig, Kate McKinnon, and Leslie Jones will star in the film, which is due for a July 2016 release.

The male counterpart movie will be directed by Captain America: Winter Soldier directors Joe and Anthony Russo, and will be written by Drew Pearce, who has Iron Man 3 and Mission Impossible 5 to his name. Channing Tatum is currently on as a producer with the idea that he’ll take one of the starring roles, Deadline said. Tatum already leads the Magic Mike and 21 Jump Street franchises, so Sony has gathered a very lucrative team of people with plenty of franchise experience to work on this movie.

If you were paying attention at all to the leaked emails coming out of the Sony hack, then you saw that Tatum pitched the idea of himself and Chris Pratt starring in a Ghostbusters film to then Sony head Amy Pascal. Since Chris Pratt seems to be required to be in every reboot of every classic action-adventure movie, and he led Guardians of the Galaxy to becoming one of the highest-grossing movies of last year, it would not be a surprise to seeing him among the cast. Sony is definitely trying to go for a Marvel-like vibe here by hiring the Russo brothers and generally growing the franchise as big as possible. If getting a Marvel actor like Pratt could further help them accomplish that mission, then Sony will do whatever it can to make that happen.

The heads of Ghost Corps are original Ghostbusters producer Ivan Reitman and star Dan Aykroyd. Reitman told Deadline that back in 1984, when they were making that first movie, the men envisioned the possibilities for an enormous franchise that got derailed. Their grand ideas are only now coming to fruition.

“We want to expand the Ghostbusters universe in ways that will include different films, TV shows, merchandise, all things that are part of modern filmed entertainment,” Reitman told Deadline. “This is a branded entertainment, a scary supernatural premise mixed with comedy … It’s just the beginning of what I hope will be a lot of wonderful movies.”

Obviously the men and women coming together provide the potential for at least one more movie. The web has been rife with jokes about making a different Ghostbusters for every gender identification, having the original cast come back to be geriatric Ghostbusters, baby Ghostbusters, or even once they run out of different life forms, Ghostbusters who are themselves ghosts.

It is a fair criticism that it’s hard to imagine if there’s enough story there to grow Ghostbusters into a big franchise like Marvel has with its cinematic universe. The source material Marvel has to pull from is nearly bottomless. A Ghostbusters franchise is going to need to create its world based off of two films from the ‘80s, the second of which wasn’t very highly received. While starting off with a girl movie and a boy movie is kind of a comical-sounding premise, Sony has gotten some of the biggest names in the business on board for both films and is off to a promising start with building that long-awaited Ghostbusters franchise.