Justice is a widespread and common word. We use it to refer to the men and women who serve on the Supreme Court. Sometimes, justice alludes to criminals getting what they deserve for committing crimes. But the word spread beyond the boundaries of those definitions, which is why justice is Merriam-Webster’s Word of the Year for 2018. Let’s take a look at why the word justice tops the list, other words Merriam-Webster considered, and the most popular phrases in recent years. 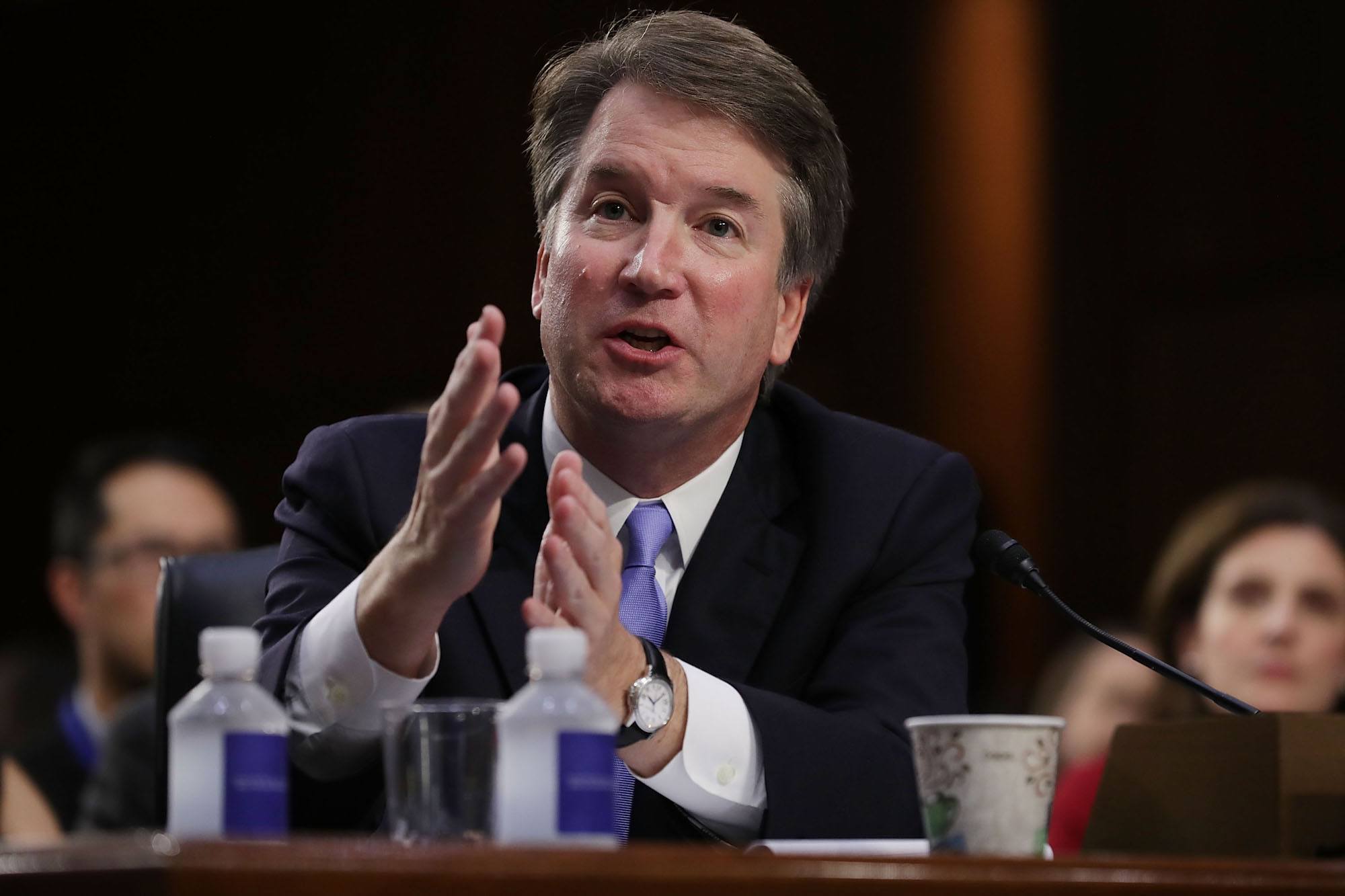 The folks at Merriam-Webster aren’t just opening the dictionary and picking a word at random when they choose the Word of the Year. There is actually some data and research behind the pick.

People using Merriam-Webster’s website search for the word justice 74% more often in 2018 than in 2017. But why is it so popular this year compared to years past? The dictionary publisher explains why.

“This year’s news has many stories involving the division within the executive branch of government responsible for the enforcement of laws: the Department of Justice, sometimes referred to simply as “Justice.” Of course, the [Robert] Mueller investigation itself is constantly in the news, and is being carried out through the Justice Department. Another big news story included yet another meaning of the word justice, as a synonym or title for “judge,” used frequently during the [Brett] Kavanaugh confirmation hearings for the Supreme Court.”

Racial and social justice, as is the emotional quality of being fair and equal, are discussed frequently and help spike searches for the word. It helps that the word justice can be used in a few different ways.

“Justice has varied meanings that do a lot of work in the language—meanings that range from the technical and legal to the lofty and philosophical. For many reasons for many meanings, one thing’s for sure: justice has been on the minds of many people in 2018.”

What other words did Merriam-Webster consider?

A close runner-up for Merriam-Websters Word of the Year is nationalism. Site searches for that word spiked 8,000% on October 22 and 23 after President Donald Trump described himself as a nationalist at a rally. 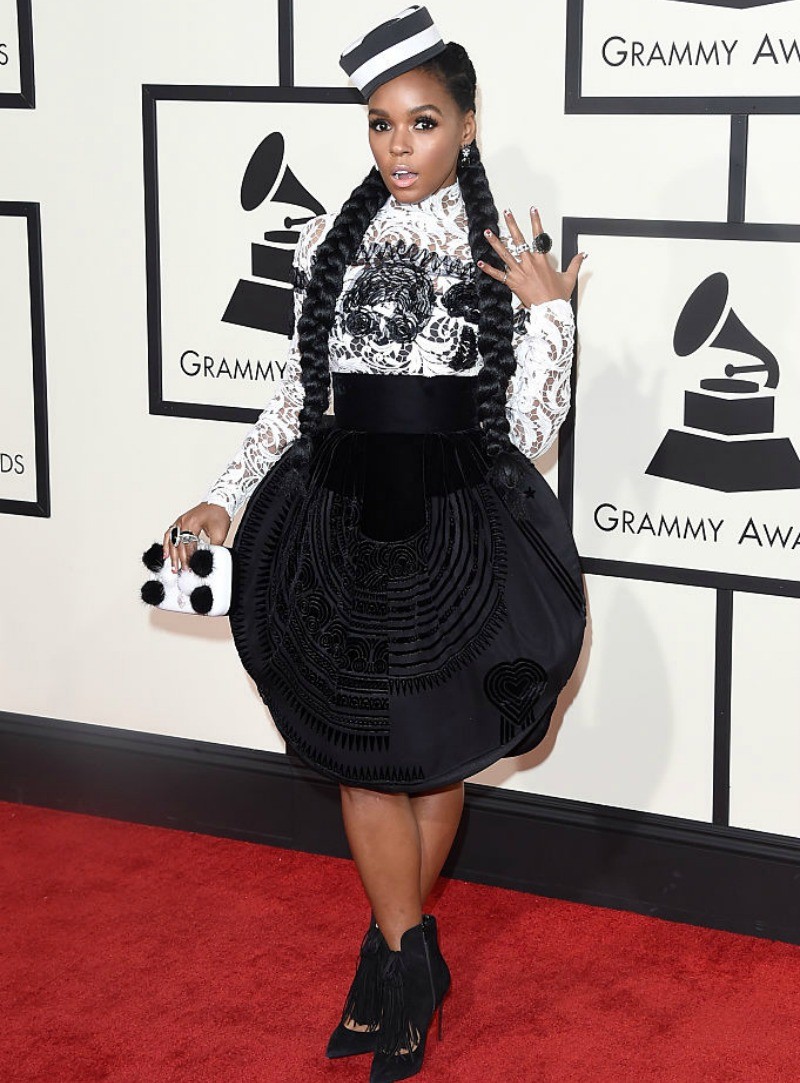 Singer Janelle Monáe helped put the word pansexual at No. 3 in Merriam-Webster’s Word of the Year list.

Pop culture carved out space among Merriam-Webster’s Word of the Year runners-up. Korean pop group BTS used the word epiphany when it teased a new song in August 2018, and searches spiked. People looked up the word respect in August 2018 after soul singer Aretha Franklin died. And when Marvel Comics legend Stan Lee died in November, internet users searched the word excelsior, which was his motto and salutation.

Here are some of the other recent Words of the Year 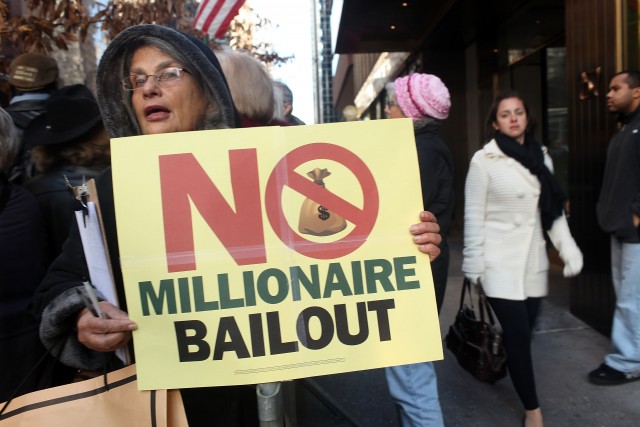 Bailout was Merriam-Webster’s Word of the Year for 2008. | Spencer Platt/Getty Images

Many of Merriam-Webster’s Words of the Year from the past have a political angle to them, just like justice in 2018.

Democracy was the first Word of the Year when the publisher started the list in 2003. Late night host Stephen Colbert helped popularize the word truthiness in 2006, and it was that year’s Word of the Year.

Here are the Merriam-Webster’s Word of Year winners since 2008: