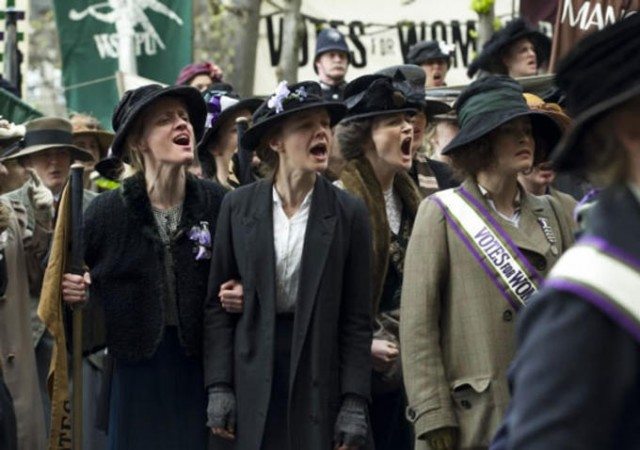 Meryl Streep and Carey Mulligan are bringing the fight for women’s rights to the big screen. The critically acclaimed actresses have just signed on to star in the upcoming period drama, Suffragette.

Written by Emmy-winner Abi Morgan (Shame, The Iron Lady), Suffragette follows the early 20th century campaign by feminists for women’s right to vote. Mulligan will star as Maud, a working wife and mother who realizes she must battle for her dignity both at home and in her workplace. She soon discovers she’s not alone and becomes an activist alongside other brave women. The movement starts off passively early on, but the suffragettes soon find themselves facing real danger and increasingly aggressive police action, and must put their lives at risk in order to further the cause.

Streep is set to play real-life political activist Emmeline Pankhurst, who is known for founding the Women’s Social and Political Union and was once named one of Time’s Most Important People of the 20th Century. Streep’s role in the film is reportedly small but vital, as she gives a powerful and rousing speech about women’s rights during a political rally. Helena Bonham Carter, Ben Whishaw (Skyfall), Anne-Marie Duff (Before I Go to Sleep) and Brendan Gleeson (Calvary) co-star.

In addition to the noteworthy ensemble cast, the forthcoming project also has an impressive team behind the scenes. British director and BAFTA winner Sarah Gavron will helm the film, based on Morgan’s script. Alison Owen (Elizabeth, Shaun of the Dead) and Faye Ward will produce, and Oscar-winning composer Alexandre Desplat is on board.

Suffragette comes as the issue of equal rights for women has become an increasingly prevalent point of discussion in Hollywood, thanks to campaigns like #AskHerMore and other high-profile calls to action (including Patricia Arquette’s feminist acceptance speech at this year’s Oscars). In fact, the film is only the latest notable upcoming project to detail a pivotal moment in the feminism movement. The subject is set to garner a lot of coverage over the next year, both in features and on TV. HBO has two similarly themed notable projects in the works, a series chronicling the founding of Ms. magazine and a small screen movie following the story of Billie Jean King. Mulligan’s Maud and Streep’s Emmeline will add to a year filled with strong female protagonists.

With its timely subject and such a pedigreed cast, Suffragette has all the makings of a potential contender for the 2015-16 awards season. Per Deadline, the movie is set for release in the U.K. in September, and is expected to get an Oscar-friendly premiere date stateside, sometime in the mid-to late-fall.

Whether the flick will mark the latest of Streep’s many Oscar nods remains to be seen, but the actress has two other notable projects hitting theaters in the meantime. She’s set to portray a rock star in this year’s drama, Ricki and the Flash, and will also play Florence Foster Jenkins in an upcoming biopic. As for Mulligan, the star is next to appear in the drama Far from the Madding Crowd, out in May.