Michael Keaton’s New Comic Book Movie is Nothing Like ‘Batman’ 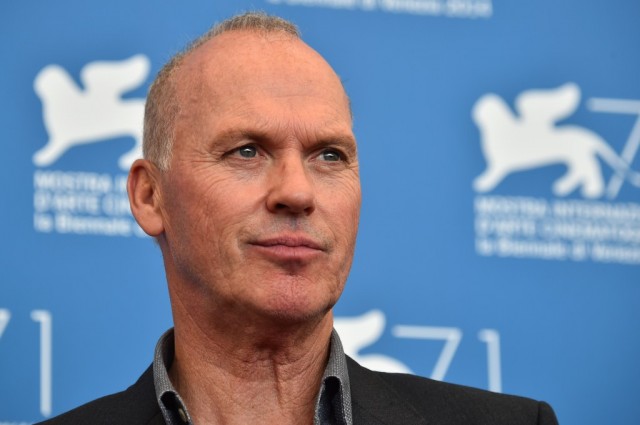 Michael Keaton is taking on a new comic book film – although this time he won’t be playing the superhero (or the former superhero). The actor, who played Batman and earned an Oscar nod for portraying a washed-up comic movie star in Birdman, has just boarded the upcoming adaptation of Boom!’s Imagine Agents.

According to The Hollywood Reporter, Keaton has signed on to star in the film version of the comic, originally created by writer Brian Joines and artist Bacha. Imagine Agents won’t be just another superhero story though. Instead of focusing on a caped crusader, the story centers on the organization I.M.A.G.I.N.E., a fictional agency of people who keep tabs on kids’ (sometimes all-too-real) imaginary friends. Keaton will reportedly play a jaded 20-year veteran agent who is tasked with mentoring a young archivist. Of course, their first day on the job together ends up being anything but routine.

In addition to starring in the movie, Keaton will also produce the project alongside Michael Sugar (The Keeping Room) and Boom! Comics’ Ross Richie. Eli Selden and Doug Wald will co-executive produce along with Boom!’s Stephen Christy. Fox, which only recently closed the deal for the rights to the comic, is reportedly still on the hunt for the right writers to adapt the story to screen.

From the sounds of it, Imagine Agents is very different from the kind of comic films that Birdman poked fun at. In fact, the film seems more like a fun and lighthearted action comedy than your typical comic book flick. As THR points out, the project’s secret agent-focused storyline seems to have a similar feel to that of Men In Black (albeit with imaginary friends taking the place of space aliens). As the synopsis suggests, Imagine Agents will also likely be more of a family-friendly blockbuster.

For Keaton, the movie is only the latest in a jam-packed schedule of upcoming projects. Since earning critical acclaim and a slew of award nominations for his turn in Birdman, the actor has been in increasingly high demand. He has three films, including two dramas based on real-life events and even an animated film, due out over the next year.

First up is the upcoming children’s flick, Minions, in which Keaton lends his voice to a character and is due out this summer. Following that, the actor will star alongside Rachel McAdams and Mark Ruffalo in November’s Spotlight, a drama chronicling the true story of how the Boston Globe uncovered the massive scandal of child molestation and cover-up within the local Catholic Archdiocese. Keaton is also currently filming the biographical drama, The Founder, centering on the story of Ray Kroc and how he turned McDonalds into a global empire.

Also in the works for Keaton? The actor is set to star alongside Tom Hiddleston and J.K. Simmons in the highly anticipated action adventure blockbuster, Kong: Skull Island. The movie, centered on King Kong’s origins, is due out in 2017

With Birdman having gained Keaton some serious career momentum, the actor can afford to be a little choosy when it come to roles. Whether Imagine Agents will prove to be another win for the star remains to be seen, but the project is off to a good start with Keaton on board. No potential premiere date for Imagine Agents has been revealed yet.