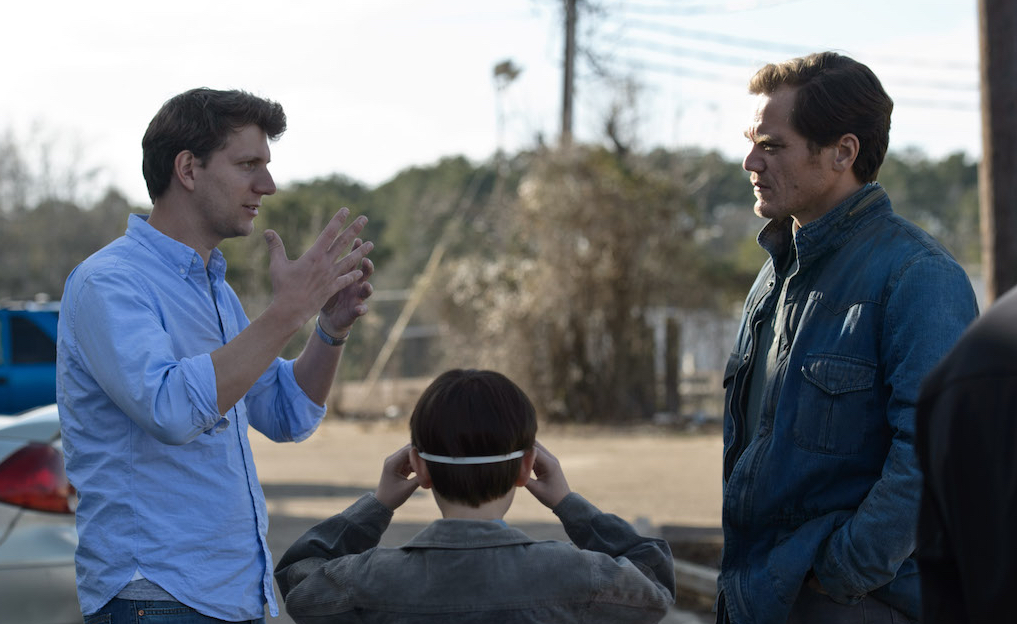 The science-fiction genre is one that’s evolved constantly in recent years. While the modern iteration was originally defined by the likes of George Lucas and Steven Spielberg, nowadays, it’s become something entirely different, driven by straightforward stories aimed at a wide demographic. It’s the approach that makes studios the most money, and one you can hardly blame them for given the profitability. Jeff Nichols’s Midnight Special is none of these things though, acting as the antithesis to the modern sci-fi blockbuster.

As Nichols told us, “(sci-fi) wasn’t a format that I chose. The format chose me.” When it comes to the driving force behind Midnight Special‘s story, it’s clear that this was never meant to be your run-of-the-mill science-fiction flick. Drawing his inspiration from the likes of a Spielberg circa Close Encounters, it’s a subtly-told narrative that’s not concerned with holding your hand. Rather, it’s all about delivering a story that makes you truly feel. “I really like this bigger idea of a movie that is a ratcheted down, kind of intense mystery that unfolds to this sense of awe,” Nichols explained.

That’s the Spielberg approach in a nutshell, but don’t let that fool you into thinking this is a straightforward homage. Nichols had his own vision that had Midnight Special acting as a parallel for where he was in his own life. “At some point I have to attach (the movie) to my life, otherwise why are we doing it? This movie found me in my first year of fatherhood, and that’s what the emotional core of the movie came to be about,” he describes. Seeing the movie itself, it’s easy to see inside the mind of Nichols in this regard. Our main character is a protective father named Roy (Michael Shannon), whose son Alton possesses mysterious powers that make him a target for both the government and a radical religious group that worships him.

That feeling of familial ties really is the backbone of the otherwise ambiguous story of Midnight Special. We pick up the story just as the father has stolen his son out of the hands of the Ranch (the aforementioned religious group). He’s a man who will stop at nothing to keep his son safe, and while curious about the boy’s strange powers, he’s more concerned with helping his son understand himself. “I think if this thing really is a metaphor for parenthood, then what you’re doing is trying to figure out as a parent who your child is,” something that becomes the primary mission for Roy when it’s all said and done.

One of the biggest criticism’s surrounding Midnight Special concerns its lack of closure for audiences. It’s implied that Alton is somehow part of a race of inter-dimensional beings with abilities centered around manipulation of technology (at one point, Alton crashes a satellite simply by looking up in the sky). The expectation most audiences have in a story like this is that the story will eventually build to a simple explanation. If that’s what you’re expecting here though, you might want to look elsewhere.

Nichols’s own filmmaking style isn’t concerned with a linear beginning-middle-end structure. As he puts it himself, “I don’t really see the value in a plot conclusion. It just seems like a way to stop a conversation, not start one.” The end result is a movie that challenges our expectations of a sci-fi movie, something that feels oddly refreshing in a genre that lately has insisted on holding our hands at every turn.

There are plenty of reasons to see Midnight Special. You could go as a parent empathizing with Nichols’s own experience as a new father. Beyond that, there are strong religious overtones that convey a message about how “religion becomes dangerous when we force belief systems on other people.” On a simpler level though, Nichols made this film with a singular vision in mind, centered around “this original idea of two guys driving in a car down dark Southern roads at night. I thought I’d call it ‘Midnight Special.’ It sounded badass. It was up to me to make that worthy of peoples’ time and attention.” All told, “worthy” is just one of a whole lot of words you could use to describe it.