Miley Cyrus hung out with James Corden for some Carpool Karaoke, during which she revealed whether or not she was high – and how high she was – during certain well-known performances. 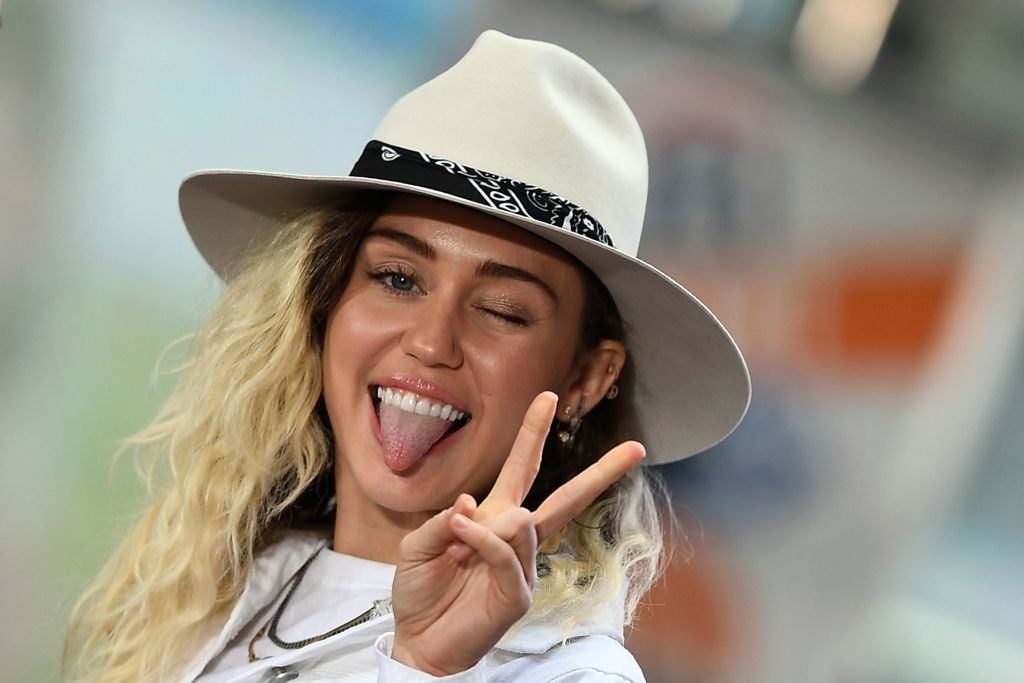 Singer Miley Cyrus arrives onstage to perform on NBC’s Today show at the Rockefeller Plaza in New York on May 26, 2017. | Jewel Samad/AFP/Getty Images

The singer has long been open about her penchant for smoking marijuana and salvia. She told Rolling Stone in 2013 that pot was “the best drug on earth.” On Carpool Karaoke, she told Corden she would rather list how high she was on a scale of 0 to 10 for different moments than simply answering whether she was high or not.

The “Party in the USA” singer confessed she was at a “10” when filming the infamous video for “Wrecking Ball.” During the video, Cyrus sits nude, all but for a pair of brown ankle boots, atop a swinging wrecking ball. In other scenes, she can be seen crying while singing. Corden asked whether the tears during the video were real, to which Cyrus responded they were: All she had to do was think of her pet dog who had passed away.

When asked about whether she was high when she heard her father Billy Ray Cyrus’ song “Achy Breaky Heart” for the first time, the singer responded jokingly she wasn’t high but wished she was.

In what may come as a surprise to some, the “We Can’t Stop” singer confessed to not being high at all – what she called a “0” on the scale – when performing live at the MTV Video Music Awards in 2013. In the infamous performance, she twerked with singer Robin Thicke as he performed “Blurred Lines.”

Why did she remain stone cold sober for the VMA performance? “I can’t smoke before I go onstage,” she said. “I get too scared.” When pressed by Corden that “there must have been something in your system,” the singer explained, “That’s just me. That’s how insane I am. That’s just normal.”

In a May interview with SiriusXM, Cyrus revealed she had decided to stop smoking marijuana, adding that the change had given her more energy. “Look at my eyes. Look at how white they are,” she said, adding she had been off marijuana for around 10 weeks at the time.