There’s no show on TV right now that is more prone to being picked apart by fans than Westworld. The first season was packed to the brim with puzzles that viewers were called upon to solve, and that remains the case with Season 2.

If you don’t really dive into all this online theorizing, you may not even realize how teeming the first season was with foreshadowing and subtle references. And even if you pay close attention to the show itself, there are also a lot of secrets that have been revealed outside the scope of the actual episodes.

Here’s a look at some mind-blowing facts you probably didn’t know about Westworld. 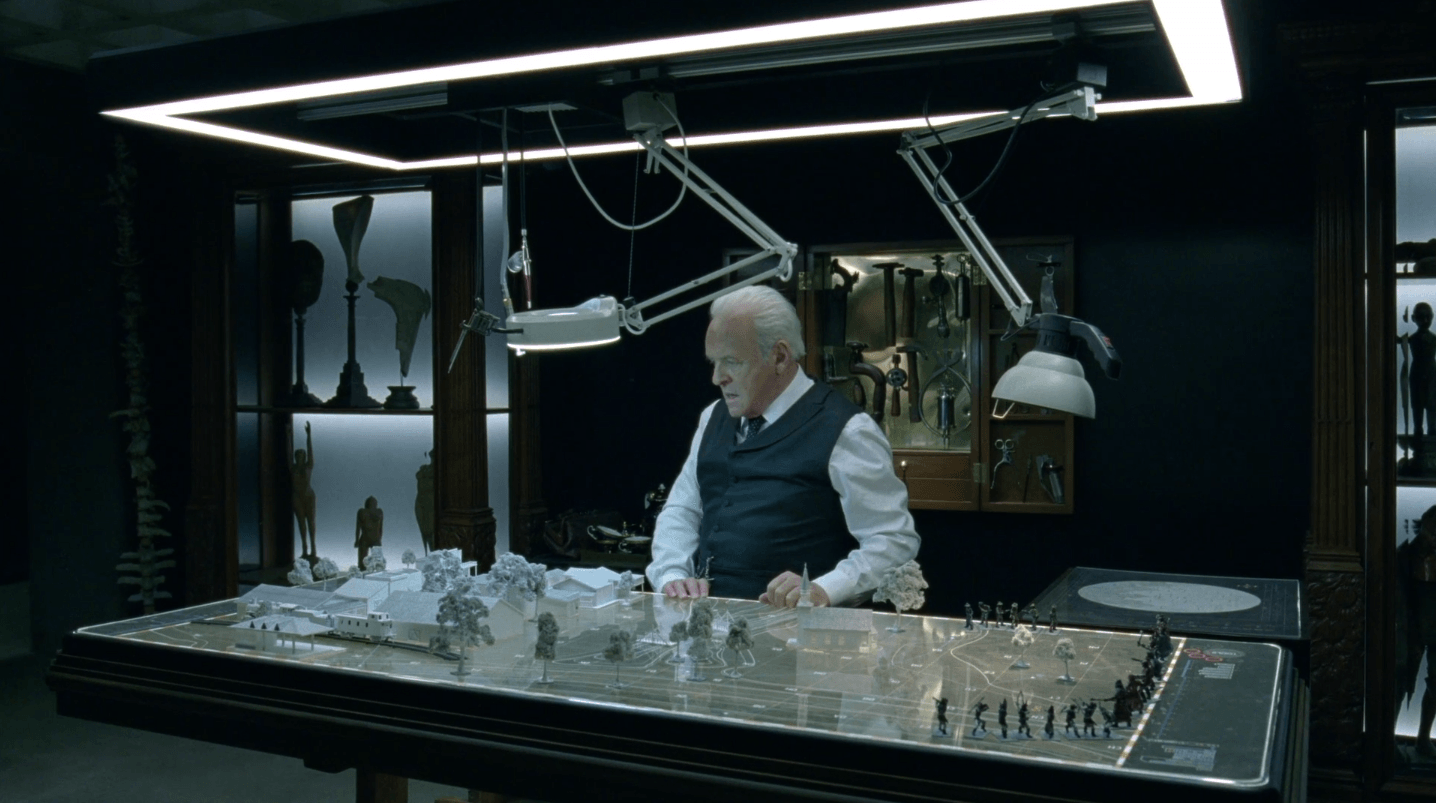 The first season of Westworld ended with a major twist: the hosts gaining consciousness was all part of Robert Ford’s plan. And as it turns out, he brought the board members to the park in order for the hosts to fight back and kill them.

You may not have seen this coming, but Episode 6 actually foreshadowed it. Take a look at the table Ford is setting up and you’ll see that it represents the scene that will later take place in the finale, with the hosts emerging from the forest in order to kill the humans.

Next: You wouldn’t know this fact from watching the show, as fans figured it out between seasons.

2. There are six parks total 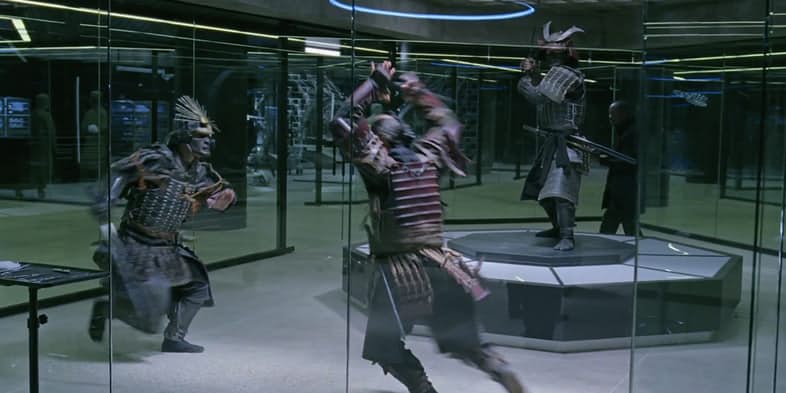 Shogun World is teased in Season 1 of Westworld. | HBO

In the Season 1 finale, we found out that there are multiple parks besides Westworld, one of which is Shogun World. So how many parks are there, exactly?

This isn’t something that has been revealed in the show, but we do have the answer. A promotional website for Season 2, which fans only discovered because its address was hidden in one of the trailers, reveals that there are a total of six parks.

We still don’t know what the other four parks are, but fans think that one of them is Roman World, just like in the original movie.

Next: One character’s name is actually an anagram.

3. “Arnold Weber” is an anagram for “Bernard Lowe” 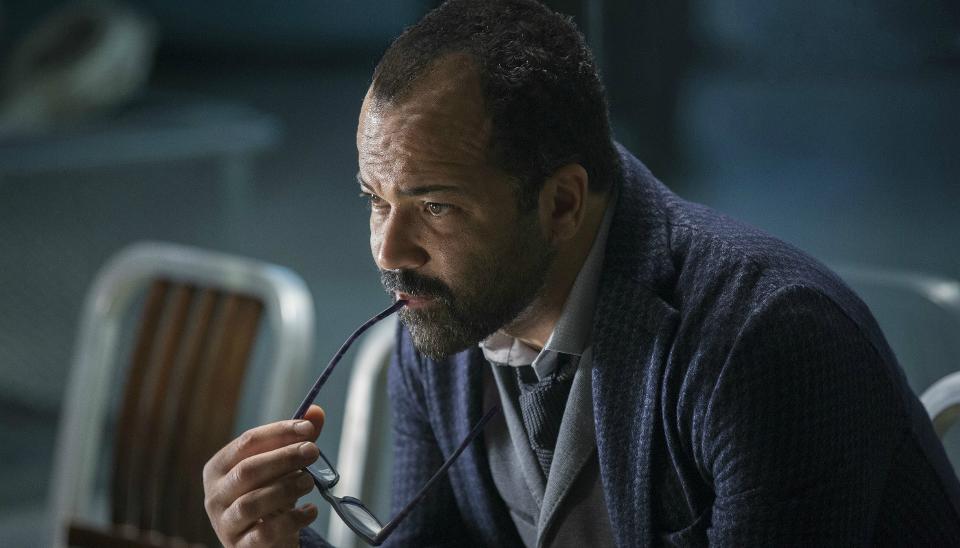 Bernard in Season 1 of Westworld | HBO

One of the twists of Season 1 was that Bernard is actually a host, and he was modeled after the park’s co-founder, Arnold. During some scenes where we thought we were watching Bernard, we were actually watching Arnold.

This is something that some fans figured out as soon as they learned both characters’ full names, as “Arnold Weber” is actually an anagram for “Bernard Lowe.”

Next: The show makes frequent reference to this popular movie with a similar plot.

4. There are multiple Jurassic Park references in the show 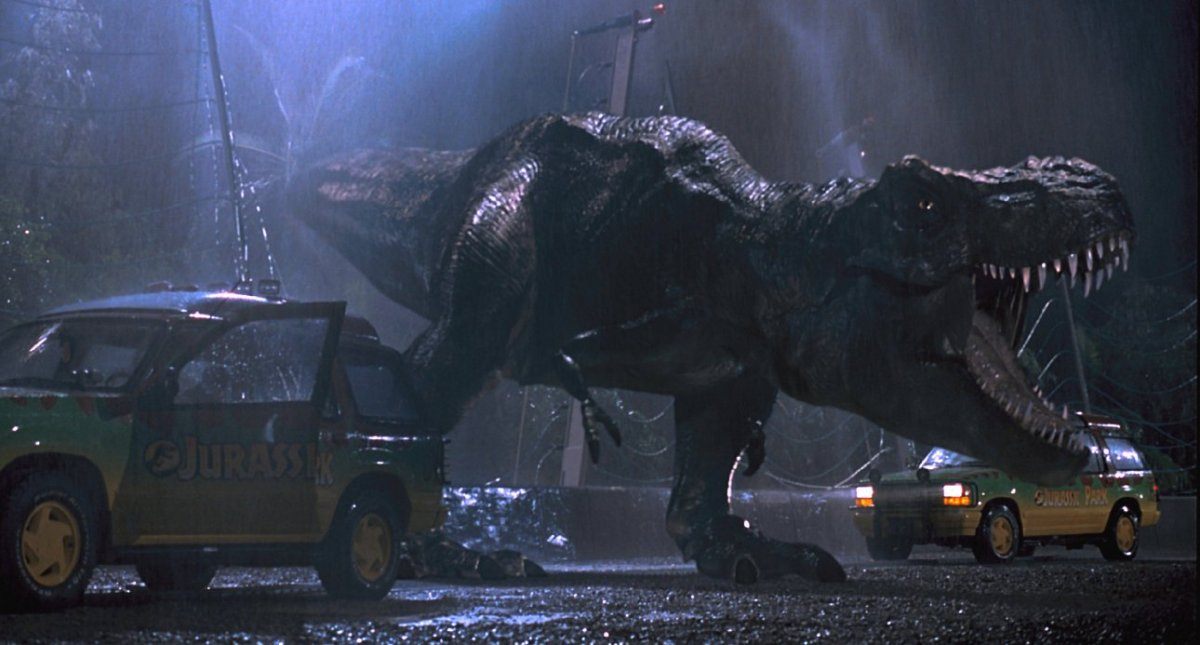 The original Westworld movie was written by Michael Crichton, the author of Jurassic Park. And like Jurassic Park, it’s also a story about a theme park where the attractions begin killing the visitors.

So naturally, the creators of Westworld couldn’t resist throwing a few Jurassic Park references in there. One was when Dolores tells The Man in Black, “They say that great beasts once roamed this world, big as mountains. Now, they’re just bone and amber.”

But an even more overt reference comes when Felix brings a bird online and says, “Come on, little one!” This is the exact same line John Hammond says during the scene in Jurassic Park in which a raptor hatches.

Next: How one small image early on in Season 1 foreshadowed the big twist.

The old logo from Westworld | HBO

This is something some eagle-eyed fans figured out by noticing that in the scenes where William visits the park, the Westworld logo looks slightly different than it does in scenes with Ford and the park owners. In the present, the logo looks like it does in the ads for the series, whereas the one in the image above is totally different.

The different logos indicated to some fans that William and Logan’s visit to the park must be taking place in a different time period than the rest of the show. If that’s the case, it made sense for William to be a young Man in Black.

Next: The showrunners reveal the subtle camera trick they utilized in the Season 1 finale.

6. A clever camera trick indicates that the hosts have become conscious 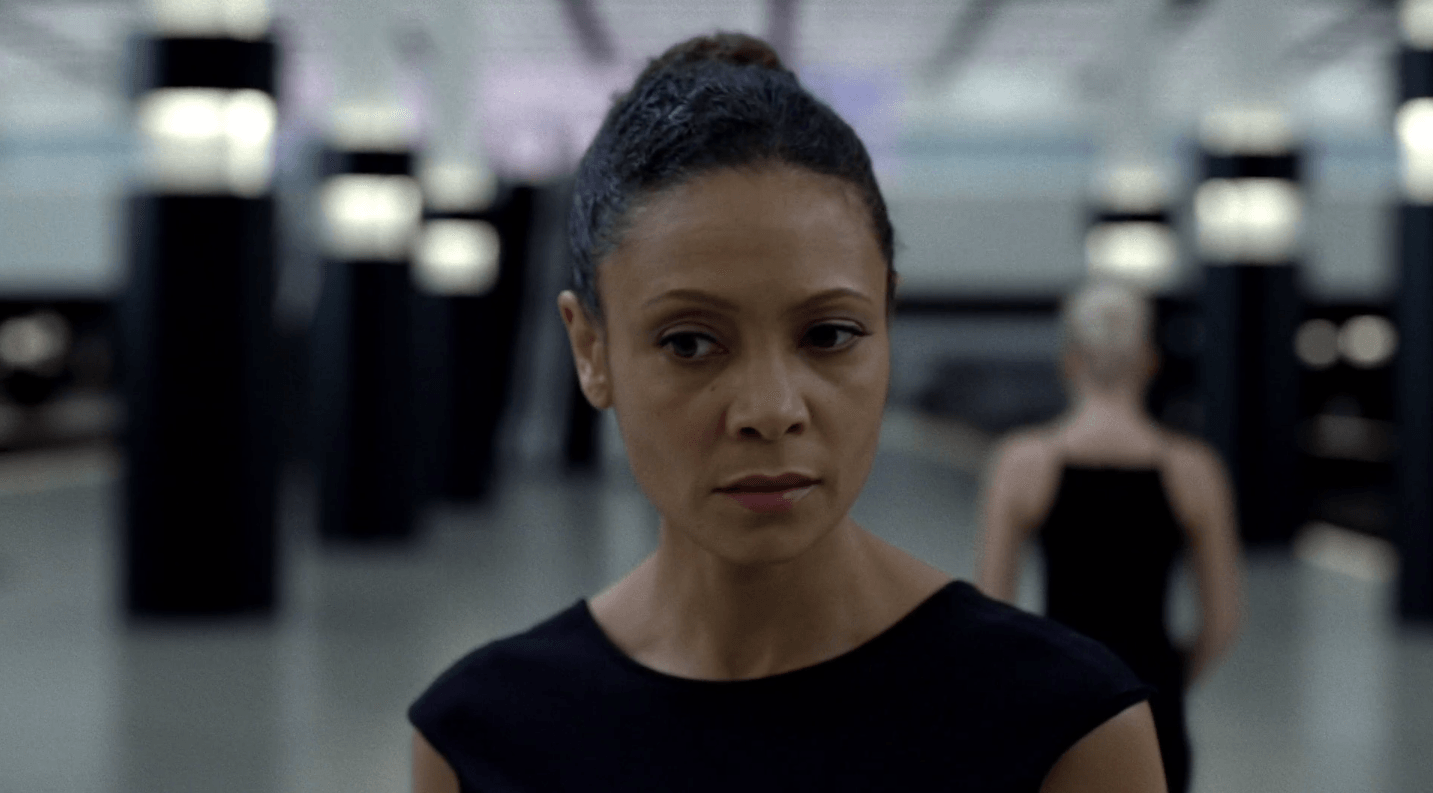 One of the turning points in the Season 1 finale is when Maeve makes the decision to get off the train and stay in Westworld. This indicates that she has gone against her programming and truly become conscious.

In an interview with Vulture, showrunners Jonathan Nolan and Lisa Joy revealed that they utilized an interesting camera technique to get that across. All throughout the season, they held back from using handheld shots, meaning shots that are filmed with the camera being physically held.

But the moment that Maeve leaves the train, the show begins using a handheld shot. Nolan explained to Vulture that this camera technique visually suggests that “she’s literally like a train coming off the tracks.” There’s another scene with Dolores in the same episode that also involves a handheld shot.

Next: The name of the saloon in the show is actually more important than you’d think.

7. The name of the saloon foreshadows Maeve’s arc 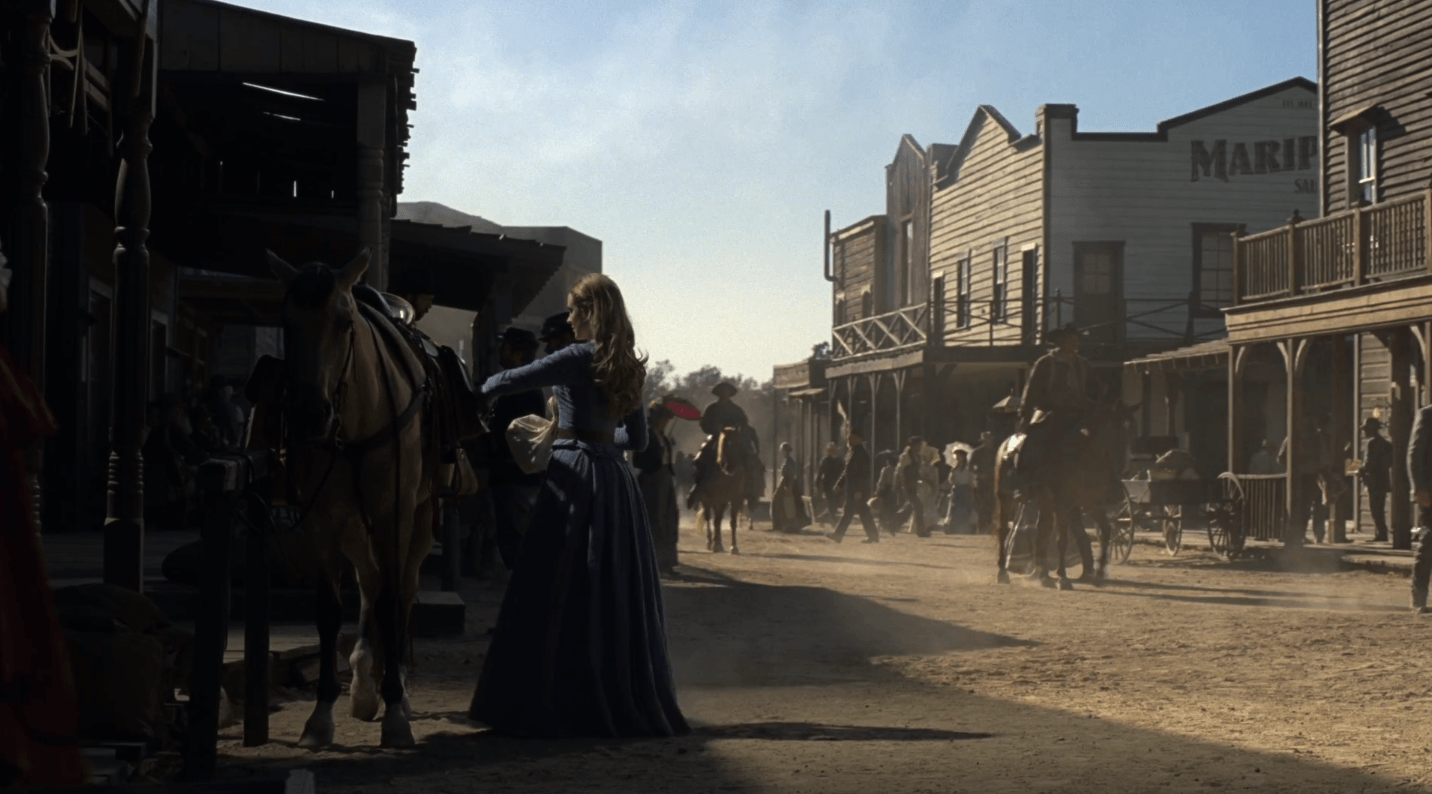 The outside of the saloon in Westworld | HBO

All throughout Season 1, Maeve’s arc involves going from an employee at a brothel who has no real autonomy or ability to make her own decisions to the first host who can actually go against her programming and question the nature of her reality.

It just so happens that the name of the brothel where Maeve works is the Mariposa Saloon; Mariposa is the Spanish word for butterfly. This is almost certainly a reference to the fact that Maeve — and all of the other hosts — is going to go through a dramatic transformation like a butterfly.

Next: The Westworld franchise has an interesting history.

8. This is actually not the first Westworld TV show 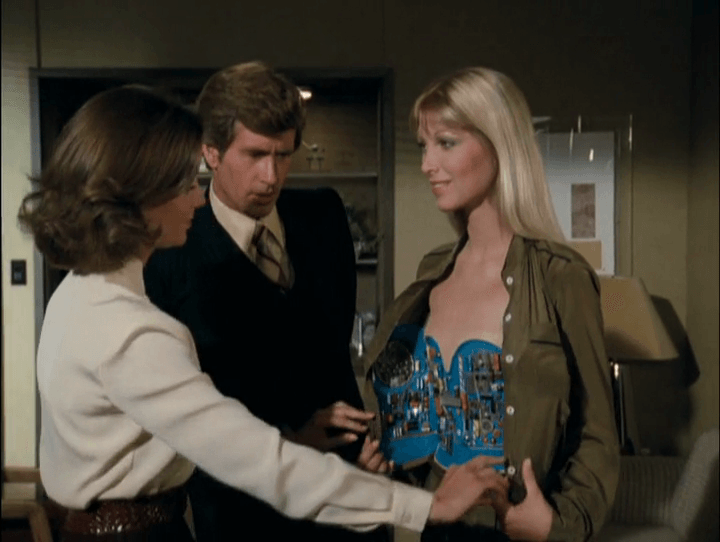 Most people are aware of the fact that the Westworld TV series is based on the 1973 movie of the same name, which also spawned a sequel, Futureworld.

But not everyone realizes that the original movie also spawned a TV show. It was called Beyond Westworld, and it aired on CBS, although not for very long. Five episodes were made, and only three aired; CBS pulled it less than a month after its premiere.

Those who did see the show were not particularly enthusiastic about it. It would take another 36 years to get the idea of a Westworld TV show right.

Next: How much it would cost to actually visit Westworld 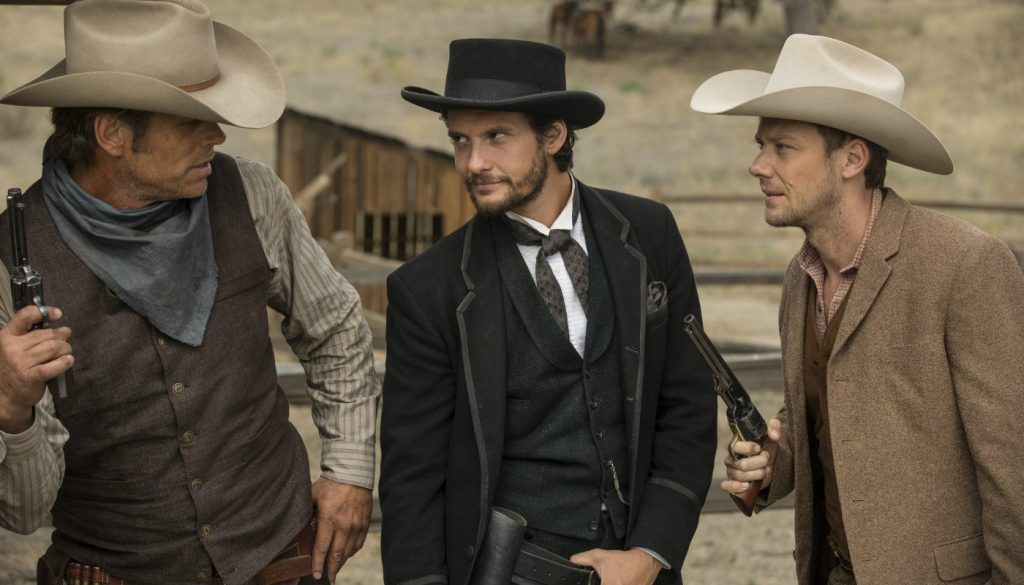 Fans were wondering from the start of Westworld how much it would cost to visit the park; they got their answer when Logan mentions in an episode that he and William were both paying $40,000 a day.

But actually, it would cost even more than that. One Reddit user took a look at the tie-in website and found that $40,000 is the minimum cost per day, but that doesn’t include mandatory add-ons, which take the total cost up to $63,000 per day. This means a week-long trip would cost $442,000.

And that’s just the standard price. There are also silver and gold packages, the latter of which costs $200,000 per day for a week-long total of over $1.4 million. Keep in mind, these prices are from the past timeline, so a visit during the show’s present would surely be a lot more expensive.

Next: The town from Westworld actually pops up in a bunch of other movies and TV shows.

10. The set used for the town appears in tons of other movies and TV shows 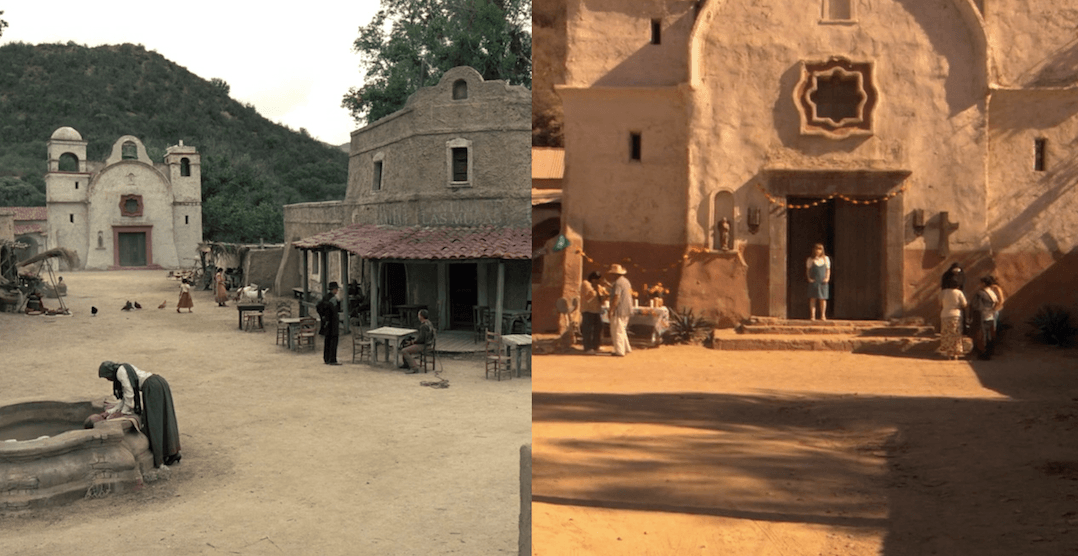 After binging Westworld, you may get a strange feeling of déjà vu when watching other movies and TV shows. That’s because the main town from Westworld is constantly showing up elsewhere.

Many of the sets used for Westworld were used for a variety of other projects, such as in Django Unchained for the scene where Django and Dr. Schultz kill the sheriff. You’ll also see the sets from Westworld showing up in Deadwood, Friday the 13th Part III, Holes, Arrested Development and even Gunsmoke.