Over the last decade, a peculiar sci-fi sub-genre has taken shape, involving man’s obsession with creating the perfect woman in a lab. We’ve seen in everything from Ex Machina to Splice, both showing us a different facet of the now-developed trope. In the case of Ex Machina, we see a highly sexualized artificial intelligence, and a scientist’s attempt to rein it in. Splice took things in a slightly different direction with a wildly disturbing “what if we created a woman with animal DNA and had it sleep with its father” premise. Morgan is the spiritual successor to the genre in 2016, and for what it’s worth, its own take is decidedly unique … to an extent.

The story follows Lee Weathers (Kate Mara), a risk management specialist who’s been called to a remote lab in the woods, where a team hired by a shady corporation has successfully engineered a test-tube child named Morgan. The wrinkle: It picks up right after Morgan “throws a tantrum,” viciously gouging the eye out of one of her handlers with a fork. It’s Lee’s job to figure out if the violent stabbing was an isolated incident, or indicative of a need to terminate the child entirely and start the project from scratch.

Throughout the early stages of the story, we get hints that things aren’t quite what they seem. The team in charge of raising Morgan have become attached to her as more than simply an experiment. This flies in the face of the cold, calculating demeanor of Lee, who’s there only as a representative of a corporation that clearly wants a return on their considerable investment. What we’re not told early on though amounts to a twist that turns the premise on its head in the closing moments.

We’re not out to ruin your movie-going experience, so we’ll run through both a spoiler-free and spoiler-filled rundown, with appropriate warnings for all involved. We’ll start first with the spoiler-free version, so feel free to read on (for now) if you’re interested in being surprised.

Without diving into the ending, we’ll say this: Morgan is equal parts ambitious and derivative, and it makes for a film that works beautifully at times, but also falls flat at others. When it works, it works really well. We’re made to feel for Morgan through the glowing pride we see in her entire team of handlers, and in many ways it makes it that much more painful when the rug is pulled out from under us in the third act.

At the same time, it’s not a difficult film to predict, especially if you’ve ever seen pretty much anything in the sci-fi genre in the last five years. Anyone who’s not asleep in the first 30 minutes is apt to guess how things are going to end. That predictability removes much of the suspense from a film that tries at a feeling of constant tension, but only manages to achieve it in disappointing half-measures. Luke Scott’s own inexperience as a director is easy to see in many of the stylistic choices. Three-quarters of the movie is filmed in close-up, which even frustratingly includes a handful of fight scenes.

That aside, it’s also an original screenplay in a field crowded by reboots and remakes. This makes its relative success that much more important for both the sci-fi genre, and on a larger scale, blockbusters in general. The double-edged sword is that the greatest successes of Morgan also compose many of its weaker aspects. As an audience you can sympathize with the team of scientists who’ve been isolated in the woods together for years, and why they’d be resistant to seeing what amounts to their life work be swept away in a single stroke. But that connection with our characters also begets a well laid-out roadmap to an inevitable end that’s not hard to see coming. 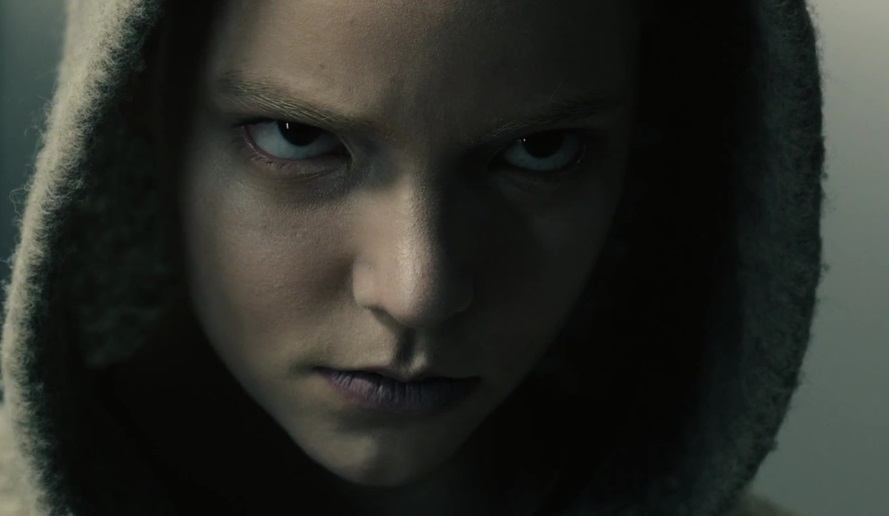 That wraps things up for the spoiler-free side of things, so consider this your warning: The next two paragraphs are going to positively packed with spoilers. If you’re the sort of person who doesn’t like having the ending ruined, then now’s your chance to skip ahead to the last paragraph on this page.

So here it goes, spoilers and all: The twist in the final act revealing Lee Weathers (Mara) to also be a lab-created super-human was telegraphed in about million ways in the first 40 minutes. Early on, we even have a scene where Lee and Morgan are on either side of a pane of glass, and Morgan’s reflection super-imposes itself on Lee. Less subtly, Lee’s combat training and pain tolerance is consistently on the level of the god damn Terminator.

This all underscores the fact that both Morgan and Lee were part of a larger project to create the perfect super-soldier. While this manages to slightly separate it from contemporaries like Ex Machina, the striking similarities are still there: Both films show us a woman created in a remote lab in the woods, who eventually bucks her captives and violently escapes. It attempts to separate itself with its third-act reveal, but even that isn’t enough to save itself from its own existence in a sci-fi landscape crowded by similar offerings.

Ultimately, Morgan struggles to make itself feel new, even as a film that doesn’t number itself among the scores of summer sequels and reboots. And while there are a few choice moments where it shines as an original story, those are quickly overshadowed by a story that’s all too easy to predict virtually every beat of the way. As the son of sci-fi legend Ridley Scott, we imagine this won’t be the last we see of director Luke Scott. We just hope that his next project manages to separate itself from a world of science-fiction that’s quickly becoming insanely competitive.