The Most Disastrous Marriages in British Royal History

From the exquisite jewels to extravagant coronations, the weddings and marriages of the British royal family seem to be the stuff of childhood fairy tales. In April 2011, we rushed to our television screens to watch Prince William, Duke of Cambridge marry his college sweetheart, Catherine Middleton, and we’ve remained hooked on their lives ever since.

But despite the swoon-worthy pictures and words of devotion, not every marriage in the British monarchy has been butterflies and kisses. In fact, some of them have been downright destructive. These are the most disastrous marriages in British royal history.

It all seemed like something out of a Disney fairytale when Prince Charles married Diana Spencer in 1981. Unfortunately, things aren’t always quite what they seem. Only 19 years old, though her husband was 32 at the time of their nuptials, she and the prince didn’t have much in common. It didn’t help that Prince Charles was still in love with his former girlfriend (and now his wife), Camilla Parker Bowles. Princess Diana famously said of her marriage, “There were three of us in  this marriage, so it was a bit crowded.”

The couple managed to stay married for 14 years, even though they were both unfaithful. The two finally separated in 1992 and divorced shortly before Diana tragically died in a car crash in 1997. 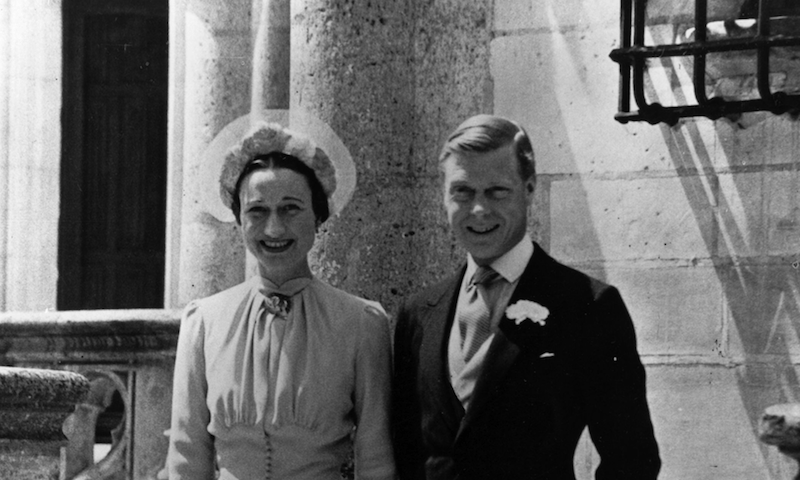 Though King Edward VII and his American wife, Wallis Simpson, never split up, their marriage is why the British monarchy is structured like it is today. King Edward was Queen Elizabeth’s uncle, and he came to power in 1936 only to reign for 11 months. He was desperately in love with the divorced American, but Parliament refused to accept Simpson. So the king gave up his crown instead and moved to America to be with her. It was clearly true love since they stayed together until his death in 1972.

However, Edward’s abdication put the burden of the crown in his brother George VI’s hands and made Elizabeth queen at just 26- ears old. Check out the film W.E. for more deets on the love affair.

If you love Netflix’s The Crown, then you probably have some insight into Queen Elizabeth’s late younger sister Princess Margaret’s love life. Shortly after the queen began her reign, Margaret fell in love with Peter Townsend. Since Townsend was divorced, Parliament refused to approve of the marriage, despite leaving the couple in limbo for years.

After mourning the death of that relationship, Margaret married photographer Antony Armstrong-Jones in 1960. They had the first ever televised royal wedding. The couple was able to keep up appearances for years, socializing with celebrities in the glamorous ’60s and ’70s, and they even had two children. However,  there was infidelity on both sides.

When photos of Margaret frolicking with landscape gardener Roddy Llewellyn (a man almost 20-years her junior) surfaced in 1976, her marriage to Antony came to a screeching halt.  They divorced in 1978, with Parliament calling the princess “a parasite” and Margaret almost losing her place on the civil list (the list of royal folks whose lives are funded by the government). 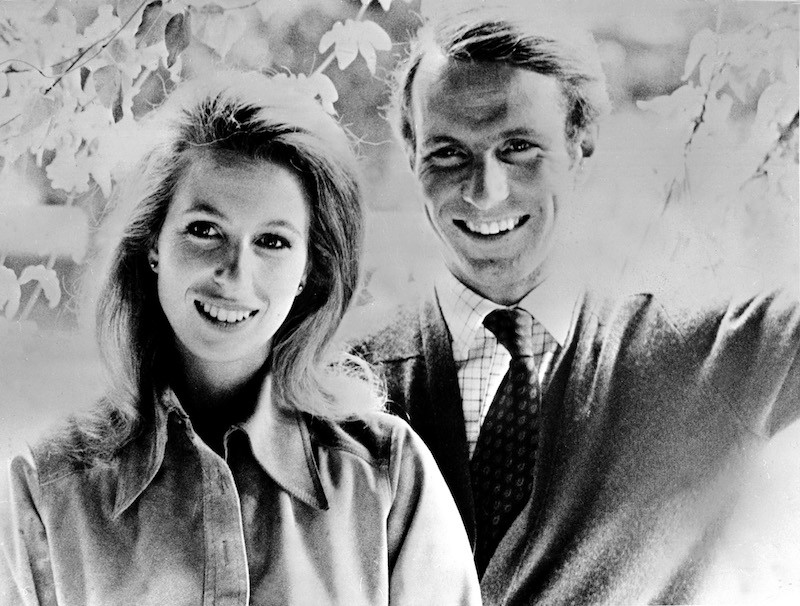 Prince Charles isn’t the only one of Queen Elizabeth’s children to go through a tumultuous marriage. Her daughter, Princess Anne, divorced her first husband, Captain Mark Phillips, back in 1992. Apparently, the couple neither loved one another nor did they make it a point to spend time together.

They reportedly both found solace in the arms of other people. Phillips even had a love child with a New Zealand woman. All didn’t end tragically though. Shortly after her divorce, Princess Anne married her now-husband, Timothy Laurence.

Perhaps breakups do make the heart grow fonder? Back in 1992, the same year his brother and sister separated from their spouses, Prince Andrew of York, Queen Elizabeth’s third child, divorced his childhood sweetheart, Sarah Ferguson. Illicit affairs and mounds of debt riddled the marriage.

Despite both parties having different partners over the years, Prince Andrew and the Duchess of York seem, for all intents and purposes, to be back together. They share a home, the Royal Lodge at Windsor, and two daughters.

However, despite the fact that the formerly married couple has remained best friends, the queen’s husband, Prince Phillip, is not a fan of his ex-daughter-in-law, so wedding bells (again) are pretty much out of the question. After all, she did offer up the secrets of the royal family for $500,000 pounds in 2010.

Not every disastrous royal marriage has occurred in modern times. Back in 1445, 15-year-old Margaret of Anjou found herself betrothed to 23-year-old King Henry VI. If that wasn’t icky enough, poor Margaret soon realized that her hubby was a legitimate buffoon. When he wasn’t acting like a complete moron, Henry would apparently spiral downward in bouts of madness (think the Mad King from Game of Thrones).

Though Margaret didn’t care about her simpleton husband’s well-being, whispers of his removal from the throne directly affected Margaret’s son, Edward. Margaret didn’t stand for any of it and instead, promptly had everyone surrounding the monarchy killed off. This kicked off the Wars of the Roses, and Henry VI and Edward were killed anyway.

Despite it all, Margaret went down in history with a pretty iconic nickname, “The She-Wolf of France.”

King Henry VIII and all of his wives

For a long while, Henry VIII remained married to Catherine of Aragon. They respected one another, and all was well, except for the fact that Catherine did not give Henry any living sons. Everything changed when Henry laid his eyes on the infamous Anne Boleyn. Crazed with lust, Henry broke with the Catholic church (because they don’t do divorces or annulments) and made himself the Head of the Church of England so that he could marry Anne.

Sadly for her, Anne also gave him no sons, so he had her beheaded. His third wife died in childbirth; the fourth one he divorced; and the fifth was also beheaded. King Henry VIII finally died, leaving his sixth wife to live out her days as a widow.

If you thought the term “ride or die” is a modern phenomenon, you haven’t heard the tale of King Charles II and his wife, Catherine de Braganza. Charles supposedly loved his wife, even though he fathered a dozen children outside of their marriage (yuck). Apparently, Catherine remained unbothered, despite her husband’s rampant adultry and the fact that all of England hated her.

In fact, the couple stuck by one another to the death. Catherine stayed with Charles, despite his numerous kids and affairs, and he stood by her even after she faced accusations of murder and attempting to poison him.

Queen Anne and George of Denmark

In 1683, poor Queen Anne married an imbecile who had rampant syphilis. Apparently, George was so dumb that King Charles II (yes, the one with the twelve love children) once said,  “I have tried him drunk, and I have tried him sober, and there is nothing in him.”

George also failed to produce any heirs with the queen. Though Anne got pregnant some eighteen times, just one of their children survived infancy, only to die of smallpox when he turned 11.

King George IV of the United Kingdom and Caroline of Brunswick

An arranged marriage is one thing, but marrying your first cousin whom you’ve never laid eyes on is something else entirely. Despite already being married (to Maria Fitzherbert, a widowed commoner six years his senior), George VI married Caroline of Brunswick at the behest of his father, King George III (who reportedly arranged the marriage to pay some gambling debts).

The couple was none too thrilled after seeing one another for the first time. Neither found the other attractive, and apparently, Caroline’s lack of personal hygiene seriously put off Prince George. Though he refused to repeat his vows and began to consistently drunk shortly before and after the wedding, the couple did manage to consummate their marriage a total of three times — which produced their daughter, Princess Charlotte Augusta. After her birth, George demanded a separation and sent his wife into exile.

Though she refused to divorce him, Caroline’s extreme behavior (i.e., dancing nude in front of guests and becoming Napoleon’s brother-in-law’s mistress) got her turned away from her husband’s coronation in 1821. Though she tried to beat down the door screaming, “I am the Queen of England,” the royals ignored her. She died shortly after that under mysterious circumstances.

Let’s rewind to George IV’s first marriage, shall we? To begin with, Prince George was nothing much to look at, so he got women to sleep with him by offering up millions of pounds. However, he would then refuse to pay, forcing his father (tyrant King George III) to foot the bill.

A twice-widowed Catholic woman named Maria Fitzherbert became his main mistress. Prince George became obsessed with Maria and begged her to sleep with him by writing 42-page suicide notes and sending them off to her. Eventually, she agreed, but only if he married her.

Since it was illegal for him to marry a commoner and certainly to marry a Catholic, he and Maria married in the dead of night. Naturally, everyone in England found out about the marriage within months. Ten years later, when Prince George was forced to marry Caroline of Brunswick, he abandoned Maria and their kids.

King George I of Great Britain and Sophia Dorothea

In 1682, King George I and Sophia Dorothea (who happened to be first cousins) said “I do,” and things spiraled downhill from there. After having a couple of kids with Sophia, King George decided he’d rather be with his mistress (who he also had two children with). Sophia — who clearly lived in the wrong period — essentially said, “Cool,” and carried on her own affair with a Swedish count.

Apparently, that was just too much for George’s ego. The count was mysteriously murdered in 1894, and Sophia and George’s marriage was dissolved because Sophia had, “abandoned her husband.” Tragically, Sophia was imprisoned in a castle for the next 30 years, unable to see her children or her parents.

King John of England and Isabella of Angoulême

Let’s preface this by saying, King John of England was declared the 13th worst Briton of all time in 2006. In 1200, after getting rid of his first wife, John kidnapped his second wife Isabella (who was 20 years his junior) from her fiancé, Hugh X of Lusignan.

We can’t see why he even bothered because he certainly didn’t remain faithful. John had a documented 12 illegitimate children, in addition to the five he had with Isabella.

Margaret Tudor and her three husbands

Henry VIII’s sister Margaret Tudor also had her own share of marital woes. In 1514, a widowed Margaret secretly married Archibald Douglas, the Earl of Angus behind her brother’s back. When the marriage spiraled downhill two years later, Margaret attempted to get a divorce (against her hypocritical brother’s wishes). She finally divorced Archibald Douglas in 1527.

Margaret’s third marriage to Henry Stewart (which Henry VIII was also against) was also trash. Stewart only wanted Margaret for her money, and he very much liked to keep the company of other women. Unfortunately, Margaret was never able to cut him loose legally.

Sometimes it’s not the marriage, but the monarchy itself that makes things so tragic. Lady Mary Grey was Queen Elizabeth’s cousin. She was also an unusually short woman, who suffered from scoliosis. At 19 years old, Mary fell in love with Thomas Keyes, a 40-year-old widower and the tallest person at the court. Keyes had a fairly lowly job, overseeing palace security.

In July 1565, the pair married in secret and lived blissfully for a month until Queen Elizabeth found out. The queen had Keyes imprisoned and placed Mary under house arrest as their punishment. The couple never laid eyes on one another again.