The Most Hated TV Characters of All Time 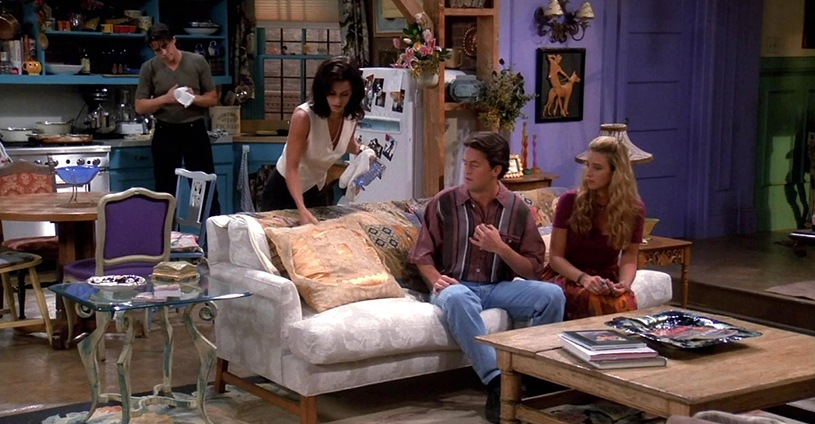 In order for viewers to become completely enraptured by a television show, a few vital ingredients must be present: a promising setup, a strong narrative vision, and a compelling cast of characters chief among them. However, another common theme we’ve noticed in some of the most popular shows is the presence of characters that viewers love to hate. These figures don’t necessarily need to be villains (though a number of standout ones currently populate the television landscape), but they do have to elicit strong emotional responses from audiences who profess to despise them, yet can’t help but come back for more week after week. Here are some of the most notable ones throughout television history, listed here in no particular order.

Dr. Romano was one of the few unlikable characters amidst a sea of charismatic figures that populate this must-see TV medical drama. Most notably, he lost his arm in a terrible accident and then later perished in a memorable incident involving a helicopter. Neither fans nor the other characters seemed to mind though, as his death was very nearly played for laughs.

In the early years of The Walking Dead, Lori was among the most hated characters on the show. While some also can’t stand her and Rick’s son, Carl, Lori easily takes the crown as the least likable member of the survivors. Fans in particular note that she’s a terrible parent and shows little loyalty to her husband or son.

Since so much of this AMC series centers on the business world, fans should have known that a slimy suit would be a key part of the cast. Fans are split on whether he is a fan favorite or the weakest link in the esteemed cast. Seeing as Kartheiser was the only one of the six main cast members not to receive an Emmy nomination, perhaps it’s the latter.

Teen angst doesn’t exactly take priority when you’re dealing with terrorism. Perhaps that’s why Dana’s attitude and constant whining make her so generally regarded as one of the most hated character’s on television. At least her days on the series appear to be firmly in the past.

There are so many characters to choose from when it comes to this HBO hit, but in the end, we have to turn to this young ruler for our list. Almost immediately after taking the crown, Joffrey proves himself to be a cruel, sadistic king, and fans couldn’t get enough of his smug, smirking face. That is, until he ultimately met his own end. Good riddance.

As compelling as Walter White’s (Bryan Cranston) ascent to the top drug lord is, his wife Skyler is one of the least interesting parts of the show. Yes, she serves to ground Walter’s humanity, but when the rest of the series is so dark and epic in scope, it’s easy to see her scenes as an unneeded distraction.

Everyone has their favorite cast member on this classic NBC sitcom, but many fans seem to find Schwimmer’s performance as the neurotic, nerdy Ross to be more than a little off-putting. It certainly doesn’t help that his romance with Rachel was stretched to the full 10-season run of the show.

Most shows don’t introduce younger siblings of the hero five seasons in, but then Joss Whedon’s ground-breaking series is one of a kind. Still, bringing Dawn in so late into the show’s run predisposed fans to hate her. The character’s moody attitude and immature nature only made her more obnoxious alongside beloved characters like Xander, Willow, and Giles.

At one point, fans complained that this series never focused on the rest of the survivors, choosing instead to hone in on a select few. So the showrunners added in these two as if they had always been there, presumably to give a voice to the unexplored survivors of Ocean 815. Instead, they became universally hated and were ultimately buried alive. Even for Lost, that’s hardcore.

We easily could have gone with any number of 1990s teen nerds for this spot (Steve Urkel perhaps?), but Screech just feels right, considering how the show has aged. Then again, it’s hard not to come across as annoying when you’re close friends with the smooth, charismatic Zack Morris (Mark-Paul Gosselaar).