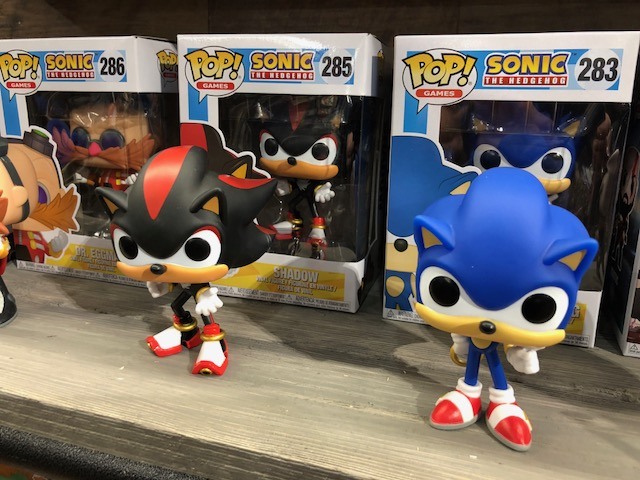 For many fans, an all-new reboot film based on the iconic video game character Sonic, the super-fast blue hedgehog, is a dream come true. Set for release in the fall of 2019, Sonic the Hedgehog features an all-star voice cast, including Jim Carrey.

But recently, the much-anticipated film suffered some seriously bad press when the first poster was unveiled. Fans took to social media to express their outrage over several different aspects of the new poster. Learn a bit more about the upcoming film, and why fans are letting their voices be heard over the distinct look and style of the poster.

While this isn’t the first film based around the exploits of the speedy blue hedgehog, this is the first to harness such star power. The cast features such talents as Jim Carrey providing the voice of Dr. Ivo Robotnik, James Marsden as Tom Wachowski, and Ben Schwartz as Sonic the Hedgehog.

Not much has yet been released regarding the plot of the film, but according to IMDB, the storyline is more focused on action than comedy and will follow the exploits of Sonic as he tries to dodge the clutches of the government.

Sonic the Hedgehog incorporates a blend of CGI and live action film, which will be sure to generate a lot of excitement among new and established fans alike.

Why do Sonic fans dislike the new movie poster?

In early December, the latest poster for Sonic the Hedgehog was revealed. Although the film’s creators have been open in past interviews about their desire to ground Sonic in the real world, which necessarily includes updating some aspects of his physical appearance, fans were not pleased with the hedgehog’s new look.

While the design of the poster itself was simple enough, featuring Sonic’s legs dangling off the edge of the Golden Gate Bridge in San Francisco, it was his legs that threw fans the most.

Social media was abuzz with fans complaining about the long, muscular, “creepy” appearance of Sonic’s legs. Along with the new design to Sonic’s signature shoes, this was a brand-new twist to the character’s physicality that didn’t sit well with the social media chorus. While many posts on Instagram and Twitter were from fans that seemed amused by the poster, along with a few that questioned whether the poster was even real, once the poster was verified as legitimate, the reactions were not positive.

In addition to the rather unusual look to Sonic’s legs, the creators of the film decided to give him fur. Some commentators have complained that factually, hedgehogs shouldn’t have fur at all, with others stating that the fur doesn’t look right, and is an unnecessary change for the beloved character. Throughout all the negative buzz, the film’s producers and writers have maintained that the film will be a faithful adaptation to the story that so many people love while refreshing the look and feel of the characters for a new audience.

Will people go to see ‘Sonic the Hedgehog’?

As with any popular sequel or reboot, there will always be fans that are unhappy with the creative decisions made. The question is whether or not enough fans will turn out to see the movie in theaters for the movie to be profitable. Reportedly, there are several sequels in the works already that will be set to follow Sonic the Hedgehog, providing the movie does well enough.

Only time, and the release of more marketing materials like a full-length trailer, will tell if the upcoming movie can start to garner more positive press to send fans to the theaters in droves on opening weekend.