One of the best things about spy movies is that inevitable moment when the secret agent whips out their arsenal of unbelievably fancy gadgetry. We get to stare wide eyed at the futuristic and creative technology the writers have come up with for special agent so-and-so, and wish with abject jealousy that we could have a pen that unfolds into a record playing juice bar. That may sound like a hyperbolic example, but in reality there are a lot of spy movies that have equally ridiculous seeming inventions that would never really be made, for secrets agents or otherwise. Let’s take a look at a few of the strangest spy gadgets to cross the television screen.

1. The Spy Who Loved Me – The Car Submarine

Underwater vehicles are a fairly common theme in spy movies, and James Bond is obviously no exception. But this film’s version of the idea is particularly goofy, especially now that there a few years between the film and now. The car is still an impressive sight, a prototype Lotus Espirit, but the sleek water submersible it transforms into is a bit unbelievable. The fact that it sort of floats in place while it transforms instead of sinking all the way to the bottom is particularly funny, as is the missile shot from god knows where to take out the hovering helicopter. Apparently the force to send off the missile was absorbed by floating cars even before it’s engines were fully functional, that or physics in James Bond’s universe is quite different.

2. For Your Eyes Only — That Umbrella 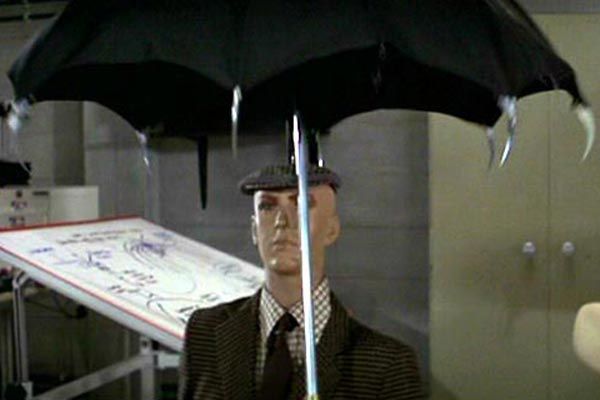 This is one of those gadgets that seems hardly believable that James Bond would even ever use, but it still makes a short appearance in the film’s gadget center. It makes sense to include a second James Bond item given the large number of rather kooky inventions that appeared in those movies, particularly the older ones. What this umbrella could honestly do in any sort of covert situation is lost on me, but it’s being held by quite the dapper tweed manikin at least. 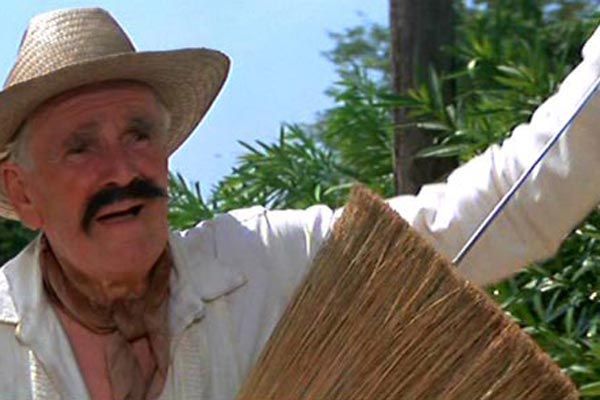 Seriously? Most of us can buy the whole toothpaste bomb, or the lipstick gun, or whatever else Hollywood has come up with. Toiletries are one thing; there’s a kind of logic to smuggling weapons in via everyday objects. But brooms? That might be going a little bit far, unless we’re talking about sweeping up glass from broken windows or explosions. Clearly directors of License to Kill didn’t agree though, because the film features a broom that acts as a transmitter, and boy does it look silly. Just like that mustache.

Tied for the most impractical along side those rip-off face mask, the self destructing messages are the running joke of the movie franchise, and for good reason. There are all sorts of things that could go wrong with an intelligence strategy like that. For one thing, it sort of draws attention to the fact that a secret message was just sent, and attention to the secret agent. For another, as shown above, if the self-destruct function is faulty, who knows who could get a hold of that information. And then there’s always the chance that the message blows up early, killing the person the message was intended for or at the very least failing to pass along the information, or it blows up late, killing an innocent bystander. Then how dumb would Tom Cruise look?