The Greatest Movies Ever Made About the Drug Trade 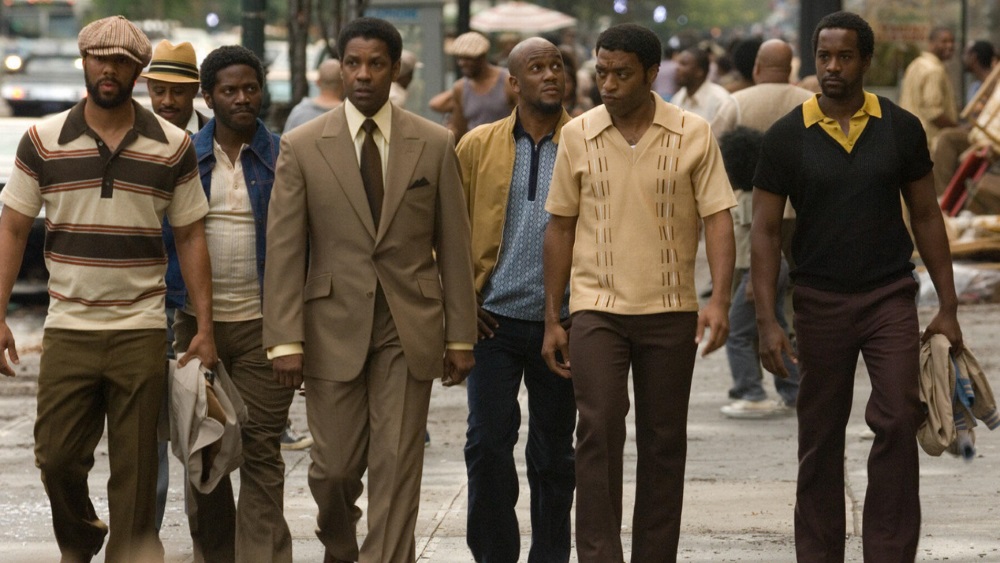 There have been many movies made about the illicit drug trade and law enforcement’s effort to stamp it out. However, while many of these films have received average or mixed reviews from critics, a few have been almost universally acclaimed.

Here are 10 critically acclaimed films that feature some aspect of the drug trade as a major component of their storylines. Or listing below is ranked, moving toward the greatest drug trade movie ever made at No. 1.

There are few films that give the honest, and intriguing view of the early underground rave scene that Human Traffic does. Basically, think Trainspotting, except with ecstasy and bright lights instead of heroin in Edinburgh, Scotland.

Measure it up against some of the awful rave scene movies that have come out in the last few years, and you begin to see just how good Human Traffic actually is.

Once again, we have a film dealing with young people on drugs, this time diving deep into the punk rock scene of the late-’90s. Within that realm, we get a harrowing look at the scene’s problems with hard narcotics, all set to the journey of one young man’s life as a punk rock anarchist in Salt Lake City, Utah.

Blow may not reach the lofty heights of some of its drug-trade contemporaries, but it still numbers itself among some of the better-told stories. Borrowing elements from a handful of other great films, including Goodfellas and Boogie Nights, it still manages to stand on its own two feet as an intriguing narrative centered around real-life cocaine trafficker, George Jung.

American Gangster features a character that is based on a real-life drug lord. In this film, the villain is Frank Lucas, a North Carolina native who ran a heroin smuggling operation from New York City’s Harlem neighborhood during the 1970s.

American Gangster was widely praised by many prominent film critics, including Roger Ebert, who gave the film four stars and called it “an engrossing story, told smoothly and well.” The film garnered two Academy Award nominations in 2008, including a Best Performance by an Actress in a Supporting Role nomination for Ruby Dee.

American Gangster currently has an 80% Certified Fresh rating from the critics at Rotten Tomatoes.

Any list of movies about the drug trade would be remiss if it didn’t include Scarface, director Brian De Palma’s remake of a 1932 gangster film of the same name. In the film, Cuban refugees Tony Montana (Al Pacino) and best friend, Manny Ray (Steven Bauer), take over the burgeoning cocaine trade in 1980s-era Miami, Florida.

Although the film’s over-the-top violence and prolific use of the F-word initially repulsed many critics, the film has since become a cult classic and its highly quotable dialogue (written by Oliver Stone) is widely referenced in music, video games, and other movies.

Scarface currently has an 82% Certified Fresh rating from the critics at Rotten Tomatoes.

Trainspotting, a Danny Boyle-directed film about a group of misfit heroin addicts in Edinburgh, Scotland, was almost unanimously hailed by the critics when it was released in 1996. The Guardian’s film critic Derek Malcolm called the film “an extraordinary achievement and a breakthrough British film.”

Although it failed to win any Academy Awards, the film garnered an Oscar nomination for Best Writing, Screenplay Based on Material Previously Produced or Published in 1997. While the story told in Trainspotting is mostly about drug users rather than drug dealers, one of the film’s pivotal scenes involves the main characters completing a major heroin sale to a dealer.

The film’s cast includes Ewan McGregor (in his breakout role), Ewen Bremner, Jonny Lee Miller, Robert Carlyle, Kevin McKidd, and Kelly Macdonald. Trainspotting has maintained its status over the years and currently has an 90% Certified Fresh rating from the critics at Rotten Tomatoes, as well as an incredible sequel released in 2017.

Set in the impoverished favelas of Rio de Janeiro, Brazil this Fernando Meirelles-directed film tells the story of several friends who take different paths to survive the drug-fueled gang violence in their neighborhood. While most of the characters become involved in the drug trade or fall victim to the endemic violence of the favelas, Buscapé (Alexandre Rodrigues) leverages his natural talent for photography as a means of escape.

Many critics hailed the raw authenticity of the film, including Roger Ebert, who wrote, “’City of God’ does not exploit or condescend, does not pump up its stories for contrived effect, does not contain silly and reassuring romantic sidebars, but simply looks, with a passionately knowing eye, at what it knows.”

City of God was nominated for four Oscars at the 2004 Academy Awards and the film currently has a 90% Certified Fresh rating from the critics at Rotten Tomatoes.

Traffic was a critical and commercial success and won four Academy Awards in 2001, including a Best Actor in a Supporting Role Oscar for del Toro and a Best Director Oscar for Soderbergh.

Directed by the Coen brothers, this dark crime thriller based on a Cormac McCarthy novel of the same name, features a plotline that revolves around a botched cross border drug deal with a Mexican cartel. In the film, working class Vietnam War veteran Llewelyn Moss (Josh Brolin), stumbles upon millions of dollars left amid a group of massacred drug dealers in west Texas. After absconding with the money, Moss is pursued by Anton Chigurh (Javier Bardem), a psychotic hit man who will stop at nothing to ensure that Moss pays for his fateful decision.

No Country for Old Men was a critically acclaimed hit that went on to win four Academy Awards in 2008, including Best Motion Picture of the Year, Best Achievement in Directing, Best Adapted Screenplay, and Best Performance by an Actor in a Supporting Role (Bardem).

The film currently has 93% Certified Fresh rating from the critics at Rotten Tomatoes.

An impoverished and pregnant Columbian teenager is caught up in the international drug trade after she volunteers to become a drug mule in this critically acclaimed film from director Joshua Marston.

In the film, Maria (Catalina Sandino Moreno) travels to the U.S. from Columbia after swallowing multiple pellets of cocaine. Although Maria successfully makes it through customs, the death of one of her fellow drug mules complicates her deal with the traffickers in the U.S.

This low-budget independent film was praised by the critics and garnered Moreno a Best Performance by an Actress in a Leading Role Oscar nomination at the 2005 Academy Awards.

Maria Full of Grace currently has a stellar 97% Certified Fresh rating from the critics at Rotten Tomatoes.