10 Movies That Will Make You Sick

Movies can have an incredibly visceral reaction on audiences, to the point that they can make us physically ill. Whether it’s from gross-out horror films, shaky “found footage” camera work, or empathizing with injured characters, there are some movies that are known for making viewers sick. Some of these have caused illnesses like fainting or heart attacks that have even lead to death. Here’s a list of movies that are not for the faint of heart, to put it mildly. 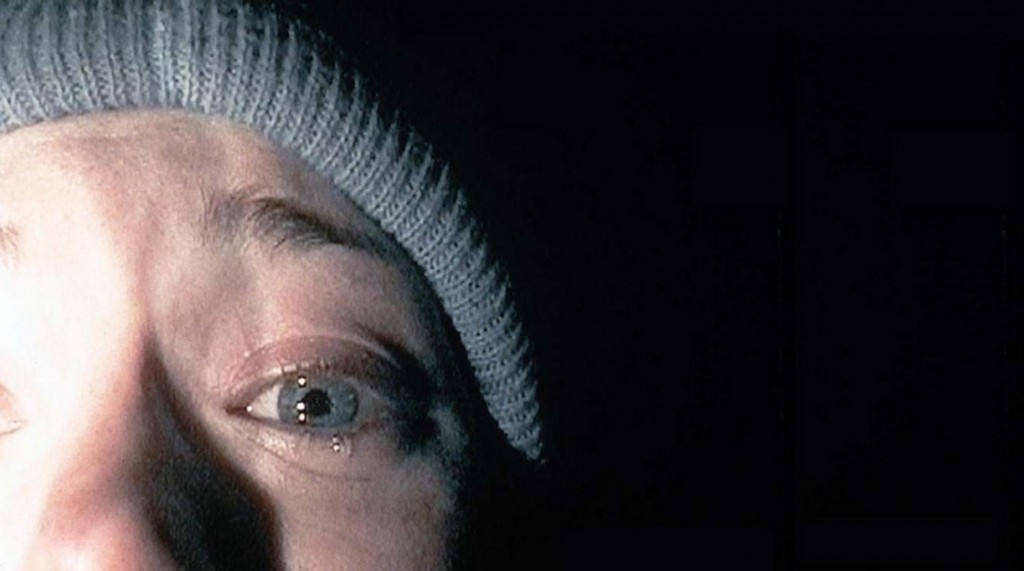 The “found footage” element of this 1999 horror “true story,” infamously made theater audiences nauseous. Viewing this film on a television or computer screen at home likely won’t have the same effect as watching two hours of shaky camera work on the big-screen, but when this movie came out, some theater owners weren’t pleased with the movie for making audiences dizzy and ill.

According to The Washington Post, people across the country even asked for refunds after having to walk out on screenings. Viewers who watched The Blair Witch Project in theaters got so ill they even reported vomiting in the theater. On the film’s IMDb trivia page, it’s claimed that in some Toronto theaters ushers politely requested that audience members prone to motion sickness sit in the aisle seats. 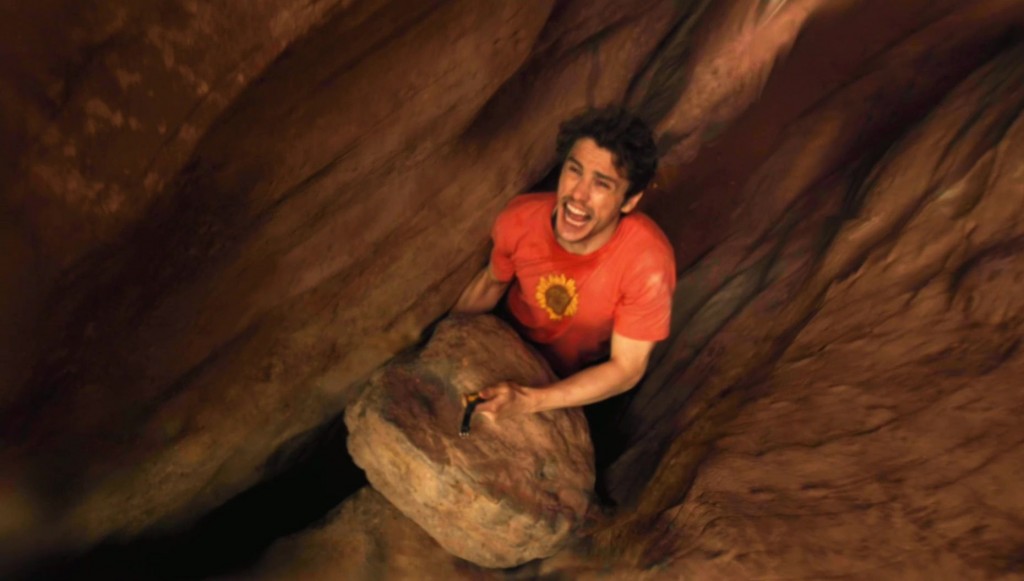 Danny Boyle’s 127 Hours is known mostly for giving James Franco what little credibility he has. The film is essentially a solo performance from Franco as a reckless hiker whose mountain climb in Moab, Utah turns deadly when he falls and lodges his arm under a boulder. Stuck in the desert alone, Franco’s character has to perform an amputation of his own arm in order to save his life.

The movie is based on the true story of outdoorsman Aron Ralston, who wrote about the horrible experience in his book, Between a Rock and a Hard Place. Franco got nominated for an Oscar for his performance and the film was nominated for Picture of the Year in 2011. But the scene of the amputation reportedly made audience members faint and even suffer from seizures for its realistic depiction of the hiker’s pain and all that blood. This is an example of how a well-respected drama, can make people sick by showing pain and gore.

3. The Passion of the Christ 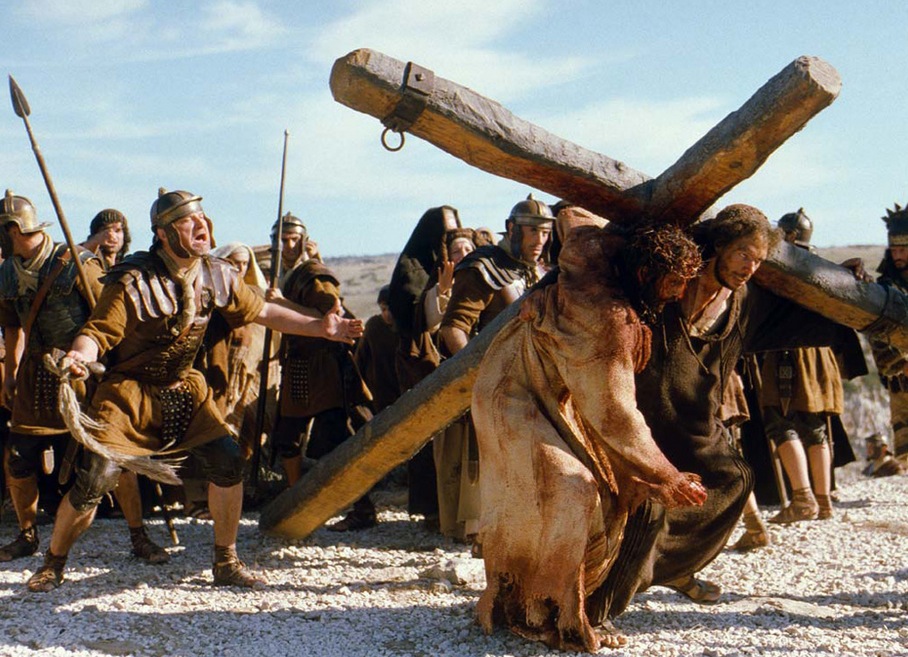 The Passion of the Christ | 20th Century Fox

Mel Gibson’s The Passion of the Christ is the film on this list credited with literally killing someone. Like 127 Hours, this movie is a serious drama that has a lot of hyper realistic violence in its storyline. One of Gibson’s goals in making the movie was to create a realistic recreation of the crucifixion of Christ, which was of course, going to be brutally violent. When the movie came out in 2004 it was surrounded by controversy, both for its religious content and for how incredibly violent the climactic crucifixion scene is.

It was reported by KAKE-TV in Wichita via CNN that one woman at a screening in Wichita, Kansas died from a heart attack after viewing that scene. The film had to be stopped while a nurse ran to the woman’s side. She was later pronounced dead at a nearby hospital. Of course, a variety of things could have contributed to the woman’s heart attack, but according to the report it seems to have been brought on by the bloody and highly emotional scene during the film’s promotional screening. The report claims that she didn’t have a pre-existing condition, but a spokesman for the hospital would not comment. 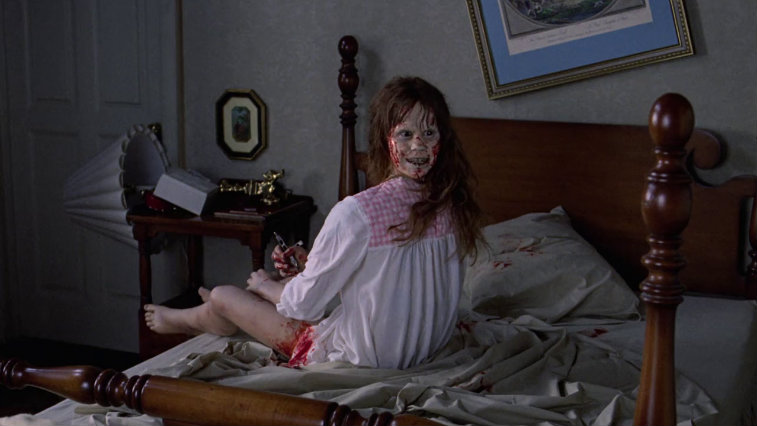 There’s a lot of creepy superstitions attached to William Friedkin’s horror classic, which is often cited as the scariest movie of all time. When the 1973 movie first began screening, audiences had some crazy reactions to it. One man sued Warner Bros. after he fainted and fell in the theater, breaking his jaw, according to CNN. Some theaters chose to hand out vomit bags as sometimes the infamous projectile vomiting scenes could trigger a nauseous reaction from viewers.

Even more extreme, though, is that some people reported becoming mentally disturbed from the movie. The U.K. tabloid, Mirror published an article with a woman who claimed to still suffer PTSD-like symptoms, such as hallucinations, 40 years after going to see The Exorcist. So many people exhibited symptoms of intense fear and nervousness after going to see the movie when it was released that a psychiatrist named James Bozzuto wrote a paper for The Journal of Nervous and Mental Disease called, “Cinematic neurosis following ‘The Exorcist.’” 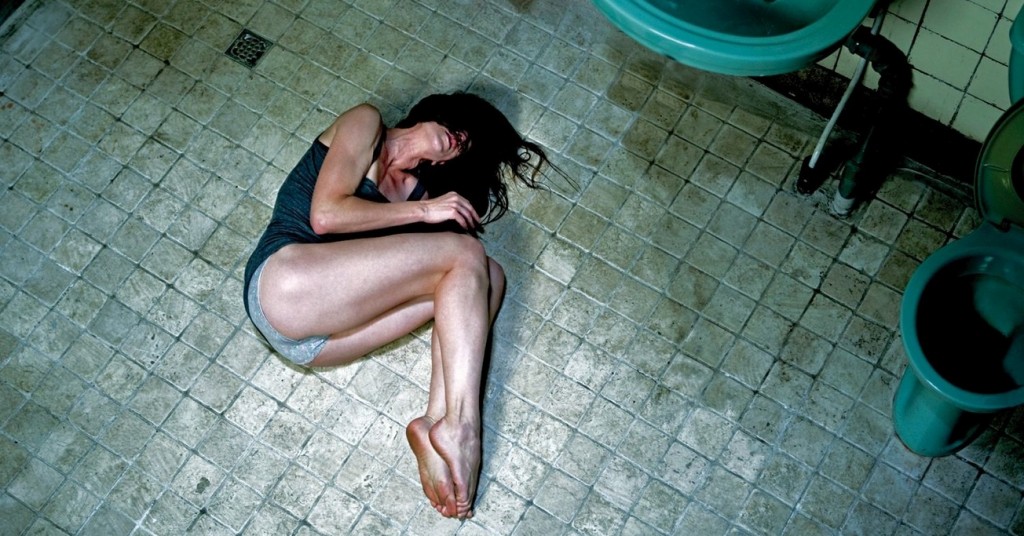 Cinematic provocateur Lars von Trier is always looking to shock and offend with his movies, and he definitely succeeded with Antichrist. The film follows the mental collapse of guilt-ridden parents played by Willem Dafoe and Charlotte Gainsbourg, as they try and fail to cope with the death of their baby by retreating into the woods.

The incredibly explicit and allegedly unsimulated sex in the movie are nothing compared to some of the most graphic scenes of genital mutilation ever shown on film. Dafoe’s character ends up impotent, and then Gainsbourg hacks away at her own genitals on camera, while von Trier shows it all. When the film premiered at Cannes, four people allegedly fainted, according to The Guardian. It’s still debated among critics whether Antichrist is a great piece of brutal art or an artist overindulging himself and looking to shock for no reason. 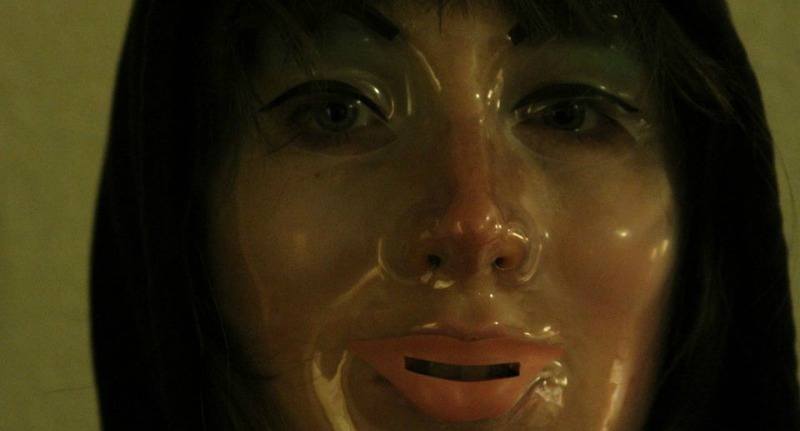 One viewer who went to the midnight show of the horror movie collapsed and had a seizure, according to the film’s co-writer, Simon Barrett. The man who collapsed’s girlfriend reportedly vomited as he was being treated in the lobby. “It was scary and not fun, and everyone is grateful the guy and his girlfriend are OK,” wrote producer Roxanne Benjamin. “And they wanted to go back in the theater!” She then continued, “One of the managers for the theater was sitting near the guy, and said he just got real real pale and stood up and bobbed and weaved his way out the door.” 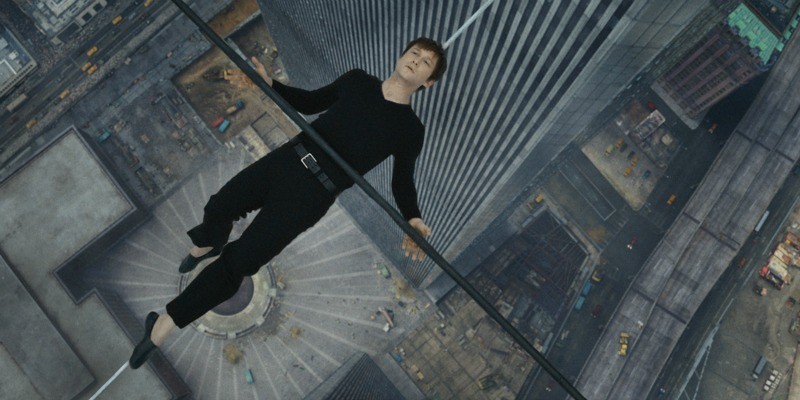 The movie tells the story of high-wire artist, Philippe Petit. You might want to watch this movie in 2D to be safe. Many audience members of the first screening, had to leave the movie because they felt sick after watching the 3D effects. In a way, this showed that the movie was successful, because producer Robert Zemeckis wanted the audience to know what vertigo felt like, according to the Daily Mail. There were reportedly people vomiting after their vertigo was triggered.

The Alien franchise isn’t new to creeping out and disgusting audiences. Who could forget the chestbuster? But it looked like it topped itself with Prometheus. In the film, explorers look into the origin of mankind on a distant moon. A harrowing medical scene, in particular, led to a teenage boy experiencing a seizure in Australia. He was rushed to the hospital from the incident. Another person claimed to have passed out from the same scene. 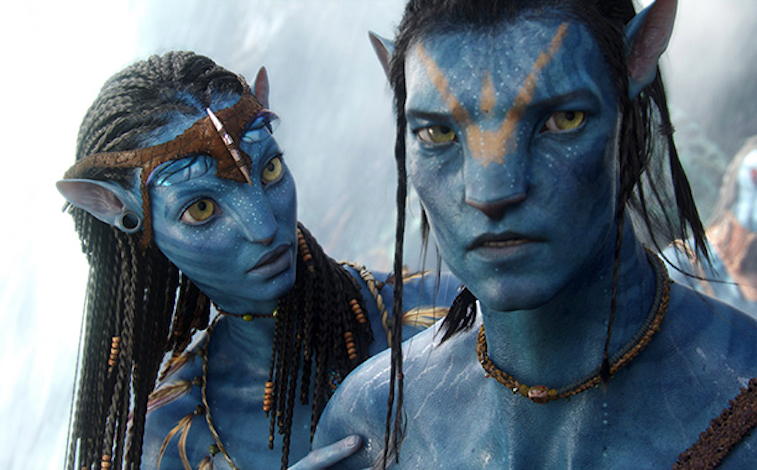 The big picture was beautiful and broke records, but many viewers actually felt depressed about Pandora being “intangible.” The collective depression was called the “Avatar Blues,” according to Daily Mail. Some fans of the movie even talked about this depression together on the movie’s forums. But that’s not all! Some people who went to see the 3D version of the movie experienced headaches, nausea, and blurred vision. These are all symptoms of motion sickness.

10. The Hobbit: An Unexpected Journey 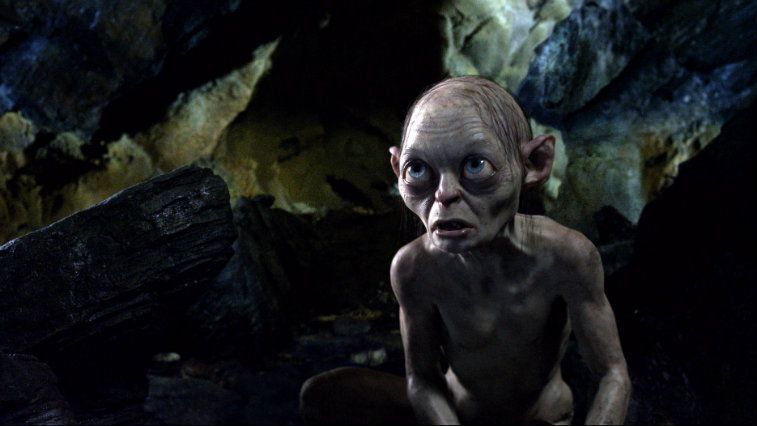 Andy Serkis in The Hobbit: An Unexpected Journey | Warner Bros.

Here is another blockbuster that sadly didn’t sit well with everyone in the audience. The movie was shot in 3D and used a very fast camera speed. This led to many saying that the movie made them queasy and gave them migraines, according to The Week. Apparently, for a film shot at high speed with more frames, your eyes have to move faster to keep up, which can cause cognitive and eye strain.