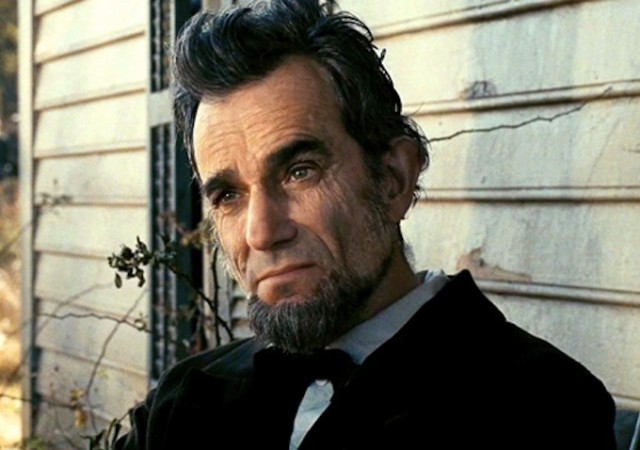 Portraying a real-life person in a film is perhaps one the hardest tasks for actors to undertake. Since viewers already have a preconception of how the character being played is supposed to look and behave, actors who fail to match a real-life figure’s appearance, mannerisms, or accent tend to be harshly criticized. On the other hand, actors have to be careful that their attempt to emulate a real person doesn’t devolve into simple mimicry.

Critics can be especially harsh toward actors who dare to portray presidents or other prominent figures who are also beloved icons — just ask Naomi Watts. The Academy Award-nominated actress was savaged by critics for her portrayal of the late princess of Wales in the biopic Diana. “Despite a peroxide hair-job, she looks, sounds and acts nothing like the Princess of Wales,” wrote Mirror film critic David Edwards. “Wesley Snipes in a blonde wig would be more convincing.”

Since we are highlighting performances based on real presidents, Bill Pullman’s stint as President Whitmore in Independence Day and Morgan Freeman’s admittedly awesome portrayal of President Beck in Deep Impact do not qualify — you’ll have to check out our list of fictional U.S. presidents in movies to see where they rank.

Here are five recent presidential portrayals that go above and beyond just wearing a wig and talking with a funny accent. Hail to the chief!

Steven Spielberg’s biopic about America’s 16th and arguably greatest president stars Daniel Day Lewis in the title role. The film focuses on Lincoln’s efforts to pass the 13th Amendment, which abolished slavery in the United States. Lewis, who is well known for immersing himself in film roles, does an admirable job of humanizing an iconic U.S. president who is struggling with his conscience during a turbulent period in the country’s history.

Lewis’s portrayal of Lincoln was widely praised by critics and earned the British-Irish actor his third Best Actor Oscar. The film currently holds a 90 percent “Fresh” rating from critics on Rotten Tomatoes, as well as an 81 percent audience approval rating.

Although a film adaptation of a play based on a television interview sounds like a guaranteed recipe for a box office disaster, this Ron Howard-directed effort was a critically acclaimed success. Frost/Nixon is a semi-fictional depiction of an actual series of interviews that British journalist David Frost conducted with the former president in 1977, three years after Nixon’s resignation following the Watergate scandal. Much of the film’s success was due to Frank Langella’s riveting portrayal of Richard Nixon.

Although the film took some artistic liberties with the historical record, Langella effectively captured the essence of Nixon’s character without reducing him to a caricature. The film eventually earned five Academy Award nominations that year, including a Best Actor in a Leading Role nomination for Langella’s performance as Nixon. Frost/Nixon currently has a 92 percent “Fresh” rating from critics on Rotten Tomatoes, as well as an 88 percent audience approval rating.

Although primarily known for his comedic roles, Bill Murray showed that he can wear many hats with his portrayal of the 32nd president of the United States in Hyde Park on Hudson. Although the overall film received mixed reviews from critics, Murray’s performance as Roosevelt was generally praised. “Murray, who has a wider range than we sometimes realize, finds the human core of this FDR and presents it tenderly,” said Roger Ebert.

Hyde Park on Hudson takes place during a weekend in 1939, when President Roosevelt met with the king and queen of Britain in the run-up to World War II. The film is loosely based on the letters of Margaret “Daisy” Suckley; the historic events that take place in the film are depicted from her perspective. Suckley was a distant cousin of Roosevelt’s who may have had an affair with him.

W. is director Oliver Stone’s third feature movie about a U.S. president, after 1991’s JFK and 1995’s Nixon. Josh Brolin plays the title role in this surprisingly sympathetic depiction of the 43rd president of the United States. The film received mostly positive reviews from critics, and the Guardian’s Peter Bradshaw noted that W. featured “an intelligent, interestingly restrained performance from Josh Brolin, who avoids making the man himself look like a dope, and also gives some idea of how profoundly lonely he must be.”

This Merchant Ivory production is a semi-fictional account of Thomas Jefferson’s time as ambassador of the United States in France. Although the movie covers a period of Jefferson’s life before he became president, the film highlights how the Enlightenment-era culture of France influenced the future president’s political thought.

The film also focuses on the various women that Jefferson was involved with, including his rumored liaison with a slave named Sally Hemmings. Although not all critics were pleased with the casting of Nolte as Jefferson, New York Times critic Janet Maslin said in her review, “Beyond having the right physical stature for the imposing, sandy-haired Jefferson, Mr. Nolte captures the man’s vigor and his stiff sense of propriety.”