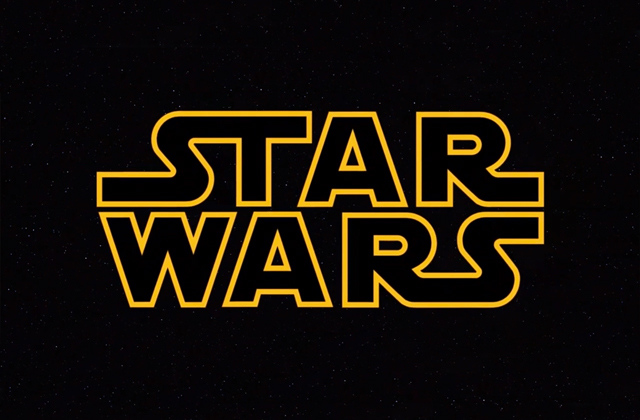 There is now officially less than two years before the release of Star Wars Episode VII – the first of three films in the sequel trilogy set to be released on December 18, 2015. In recent months, there has been significant behind-the-scenes rumblings despite the lack of any real information on the film and trilogy. But that’s likely to change in the near future with a script expected to be completed by the end of the month and production set to begin this spring.

Directed by J.J. Abrams, Star Wars Episode VII is now being written by both Abrams and Lawrence Kasdan — the latter being the writer behind Star Wars Episode V: The Empire Strikes Back and Star Wars Episode VI: Return of the Jedi. This is after the film’s original writer, Michael Arndt, was ousted from the project this past October because of differing opinions over the direction of the new trilogy’s story. According to most reports, Arndt’s screenplay was essentially scrapped after Abrams and Arndt couldn’t agree on Episode VII’s focus.

But following Arndt’s high-profile dismissal, it appears as though the production is finally moving in a positive direction once again with the newest batch of rumors indicating that the film is closer than ever to entering production. Here are the five biggest Star Wars Episode VII rumors as the production approaches full-steam in 2014.

1. The Original Trilogy’s Heroes are the Centerpiece

According to the newest reports from The Hollywood Reporter, the new trilogy will not begin with Luke Skywalker, Han Solo, and Princess Leia as supporting characters, but as full-fledged main attractions. The overall response to the idea has been mixed; while many fans are excited to see the original characters take center stage at least one more time, there is also notable concern that actors Mark Hamill, Harrison Ford, and Carrie Fisher might not be as capable in starring roles after several decades.

While it had long been believed that the original trio of heroes would begin as supporting characters and fade further into the background as their children became the central heroes, it appears that Abrams is looking to give a fitting send off to the classic trio of characters before letting their children take the reigns to the series. It should be noted that this doesn’t radically shift the previous narrative timeline as the children are still believed to become the focal points in Episode VIII and Episode IX; instead, it looks like the children will take supporting roles before taking center stage while the original trio take a starring role on more time.

The news regarding the original trilogy’s heroes feeds directly into the widespread speculation over exactly why screenwriter Michael Arndt was ousted from the project with Abrams and Kasdan taking over. If the industry rumors are to be believed, it is specifically related to Abrams’ difference in opinion over which characters would be the focal point of the new trilogy.

According to the rumors, Arndt’s script focused heavily on the offspring of Skywalker, Solo, and Princess Leia right off the bat in Episode VII where as Abrams wanted the original characters to take front and center before fading into the background. There have also been additional rumors that Abrams did not agree with Arndt’s character emphasis in the trilogy even as the original heroes became supporting characters so their children could take the reigns.

The Latino Review — which has a surprisingly strong track-record when it comes to rumors — cites a source as explaining that while Arndt’s story ideas focused around the children of Solo and Leia, Abrams believes that the Skywalker line should remain the focal point of the series. As an outside observer, it’s hard to argue with Abrams’ stance; if the third trilogy were to focus on Skywalker’s children, that would mean that the entire series would work to tell the story of three generations in the Skywalker family.

Rumors of a Boba Fett spin-off have persisted ever since it was announced that there would be standalone films released in-between official episodes of the new trilogy. And a new rumor by the Latino Review brings up some interesting ‘what ifs’ when it comes to the bounty hunter’s origin story in the prequel trilogy.

“To counteract the prequels, the Boba Fett spin-off movie planned for 2018 has an interesting twist pitched by Episode VII writer Lawrence Kasdan: the spin-off will start with a complete stranger killing Boba Fett and taking his armor, starting a Man-With-No-Name bounty hunter tale,” Latino Review writes. “So: someone kills the Boba Fett from the prequels and takes his armor and name. One thing is for certain is that Kasdan didn’t like the prequel and wants no Bobba Fett Clone in the spin-off film.”

Latino Review didn’t stop there, projecting Captain America director Joe Johnston as Disney’s top choice to take the reigns of the spinoff. Besides the fact that Johnston’s Captain America did well for Disney and the director has experience with effects-driven projects like Jurassic Park III and Jumanji, he also began his career as a concept artist and effects technician for the first Star Wars film.

Like any rumor, accept it with a grain of salt. But there is a reason that mainstream publications often pick up Latino Review rumors — whoever the publication’s sources are, they’re often reliable.

It wouldn’t be a Star Wars Episode VII rumor list without the newest casting news, but official word is still scarce to say the least. The mainstream publications seem to agree that Jesse Plemons — who was last seen as the sociopathic Todd on Breaking Bad — is the closest new person to being officially cast in the film as a lead. Many onlookers have noted a striking resemblance between Plemons and Hamill, leading many to believe that Plemons will take the reigns to the series as Luke’s son in Episode VIII and Episode IX.

For the most part, no one would argue with any of these choices and it reads like a Star Wars fan’s wish-list. In fact, the only choice that could possibly be controversial is Plemons, who has shown strong acting ability in recent years but isn’t nearly as well-known as some of the other names popping up — especially when it comes to film roles.

5. Yoda and Obi-Wan to Return?

This rumor can’t be too much of a surprise considering that the previous films have established the existence of “Force ghosts” following a Jedi’s death, but a source was quoted by Cosmic Book News as saying that not only will Yoda make a return, but he will warn Luke of impending danger — assumably the danger that will eventually become the conflict of the sequel trilogy.

“Our DC Entertainment Source has sent in a couple of tidbits of information with mention that Star Wars: Episode VII will feature Force Ghost Yoda.” the source told Cosmic Book News. ”We’re told that Yoda will have words with Luke Skywalker about a rising unbalance in the force and the need to preserve the Jedi.”

The source further explains that Yoda might not be alone;  Obi-Wan Kenobi, Qui-Gon Jinn, and Mace Windu are also possibilities to appear in ghost form at the rumored new Jedi Temple. This would of course open up the possibility to see a return of Anakin Skywalker/Darth Vader in ghost form — a situation that would introduce its own issues considering fans’ general distaste for Hayden Christensen.