Before ‘Atomic Blonde’: The Greatest Female Action Stars of All Time 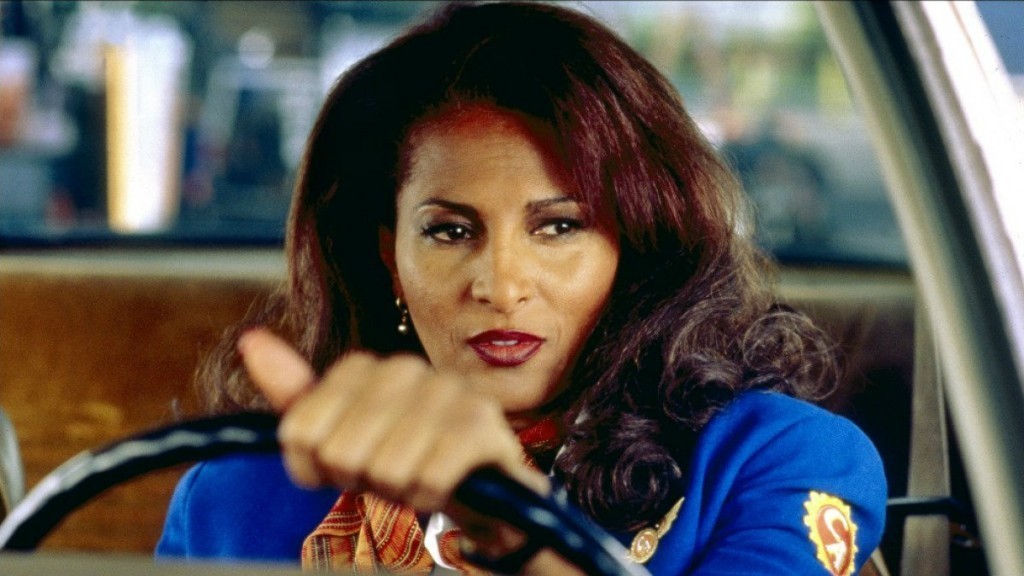 Action movies are expected to feature explosions, gunplay, martial arts, and tough heroes who aren’t afraid to punch, kick, or shoot their way out of a situation. And while the protagonists featured in this genre have traditionally been male, the days when only men were cast in lead roles in action movies are thankfully behind us. In fact, one of the most talked about action movies of this summer is Atomic Blonde, starring Charlize Theron in the titular role.

From traditional martial arts films set in ancient times to big-budget sci-fi flicks set in dystopian futures, women have long proved that punching, kicking, and shooting aren’t just for men. Here are seven female action stars that have mastered the art of kicking butt on the silver screen.

Pam Grier made her mark as a tough-as-nails action star in classic 1970s blaxploitation films like Coffy and Foxy Brown. In these films, Grier established her well-known action movie persona of a sexy, but strong, woman who isn’t afraid to take matters of justice or revenge into her own hands.

Although many of the films in this genre were low-budget productions with some stereotypical elements, perhaps no single actress has helped blaze a trail for female action movie stars in America as much as Grier has. As seen in the trailer above, director Quentin Tarantino paid homage to Grier’s strong archetypal female action persona by casting her in the title role of his 1997 crime drama, Jackie Brown.

For many years the Malaysia-born Michelle Yeoh was primarily known for her roles in Hong Kong martial arts action films like Wing Chun and Jackie Chan’s Supercop franchise. Like Jackie Chan, Yeoh — a professionally trained ballet dancer — performed many of her own movie stunts.

Yeoh later gained wider international fame as a Chinese spy in the 1997 James Bond film Tomorrow Never Dies. Unlike typical “Bond girls,” Yeoh’s character was as tough as, or tougher than, James Bond. In 2000, Yeoh starred in the critically-acclaimed Crouching Tiger, Hidden Dragon as Yu Shu Lien, a female warrior looking for a legendary sword that had been stolen. In the scene above from the original film, Yeoh demonstrates why she is one of the world’s top action movie stars.

Nothing demonstrates your ability to kick butt like having to fight a killing machine from the future multiple times. Although Sarah Connor started out as a stereotypical “damsel in distress” character in the original Terminator movie, by the time the machines sent another killer cyborg to assassinate her son in the sequel, Connor had morphed into a muscle-bound weapons expert who would stop at nothing to defeat the new Terminator.

While Arnold Schwarzenegger was ostensibly the star of Terminator 2: Judgment Day, Hamilton proved to be an equally impressive female action star counterpart in this classic science fiction action film. As seen in the trailer above, Hamilton shows off her action movie acting chops with plenty of fighting and gunplay.

The diminutive JeeJa Yanin, also known as Yanin Vismitananda, got her breakout action movie star role with her debut in the Thai martial arts film Chocolate. In the film, JeeJa Yanin plays a character named Zen who has lightning-quick reflexes and the ability to mimic any martial art moves that she sees.

Zen’s unusual gifts soon come in handy as she embarks on a quest to collect money from her mother’s combative debtors in order to pay for chemotherapy treatments. As seen in the trailer above, the role gives the preternaturally talented JeeJa Yanin plenty of opportunities to show off her incredible martial arts skills. JeeJa Yanin’s performance in this film is even more amazing when considering that she is performing her own stunts — outtakes when the credits roll show in gritty detail just what that entails.

5. Sigourney Weaver as Ellen Ripley in the Alien film series

Ellen Ripley, the primary protagonist of the Alien film series starring Sigourney Weaver, may be one of the most iconic and enduring female action heroes ever portrayed in a science fiction film. After escaping the terrifying predatory creature in the original 1979 Alien film, the character of Ripley returned in various incarnations in the three sequels that followed: Aliens, Alien 3, and Alien Resurrection.

Ripley was initially a traumatized survivor after barely escaping the creature in the first film. However, the character quickly evolved from survivor to gun-toting alien butt-kicker in Aliens. In Alien 3, Ripley continued her battle against the parasitic creatures on a penal colony after having an alien embryo implanted in her body. Finally, Weaver reprised her role as Ripley one more time when she returned as an alien-human hybrid clone in Alien Resurrection. As seen in the video above, Ripley earned her action movie star stripes in a toe-to-toe battle with the alien queen in the second film in the series.

Already familiar to science fiction film fans for her roles as Neytiri in Avatar and Uhura in the rebooted Star Trek film franchise, Saldana earned her action film star chops in this movie about a vengeful assassin who is tracking the killers of her parents. After dispatching several bad guys in various creative ways, Cataleya takes on the head mobster responsible for her parents’ deaths in an epic final battle that involves heavy weaponry, hand-to-hand combat, and a pair of hungry attack dogs. As seen in the trailer above, Saldana’s character does an excellent job of fulfilling all the traditional action movie requirements with plenty of kicking, shooting, and reckless car driving.

7. Milla Jovovich as Alice in the Resident Evil film series

Although Jovovich started her acting career with several romantic, comedic, and dramatic roles, this former model found her greatest success when she turned to action films. After portraying the alien Leeloo in the highly-successful science fiction action film The Fifth Element, Jovovich expanded into action movie roles. In 2002, Jovovich played Alice in Resident Evil, a horror-action film based on the eponymous video game series.