There are a handful of comic books that are considered to be among some of the truly great works of literature. Alan Moore’s graphic novel, Batman: The Killing Joke is indisputably a part of this group and is lauded as the quintessential Batman/Joker story. When the book was published in 1988, the “dark and gritty” comic book tropes we know today were far from popularized. What The Killing Joke gave audiences back then was a violent, merciless version of Batman, squaring off against a psychopathic Joker who came to define the modern version of the iconic villain.

When it was announced that we’d be getting an animated movie adaptation, it was hard not to be excited. The original Batman: The Animated Series showrunner Bruce Timm was signed on and was joined by Kevin Conroy and Mark Hamill to reprise their roles as the Batman and the Joker respectively. What we got in the end was a movie that was even more problematic than its source material. More specifically, The Killing Joke‘s new adaptation miserably failed one character: Batgirl.

1. It sought to solve the original film’s biggest problem, but only made things worse 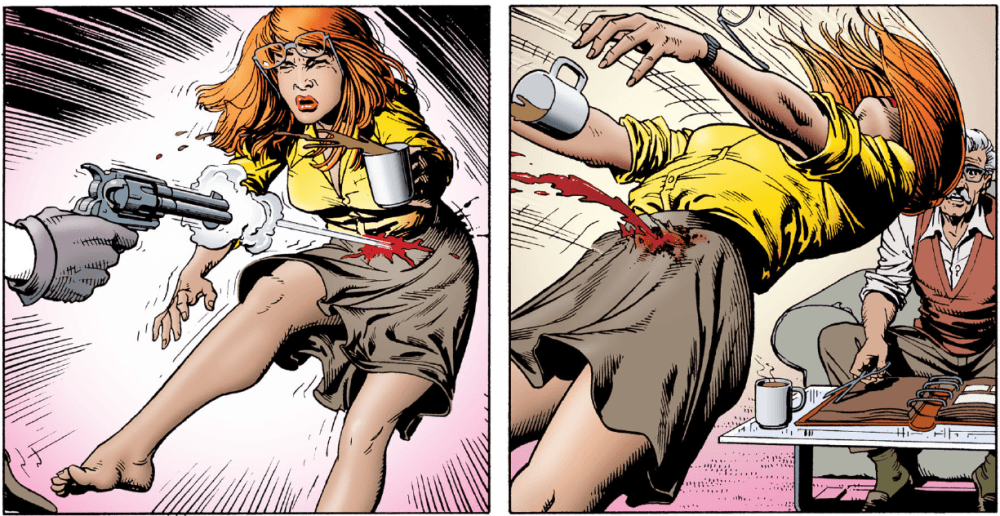 Barbara Gordon getting shot by the Joker | Source: DC Comics

Alan Moore’s original The Killing Joke story, while widely regarded as great, is also equally as criticized for the way it treats the character of Barbara Gordon (Batgirl). In the graphic novel, Gordon gets shot in the stomach by the Joker, is stripped naked and photographed, and ends up paralyzed from the waist down (with a heavy implication for further sexual abuse). Her role as a woman is solely to be a subject of abuse at the hands of the Joker. Later, her abuse serves as a vehicle for Batman’s righteous rage in tracking down the “Clown Prince of Crime.”

Knowing this, filmmakers for The Killing Joke reboot sought to amend this glaring problem. What they did instead was make it much worse. We get a full 30 minute prologue of Barbara’s comic story, painting her as an overly emotional wreck of a woman obsessed with getting into Batman’s pants. So when the film’s ending mirrors the comic version (Batman and the Joker laughing together after a lengthy chase), it seems that much more of a punch in the stomach. The ending only confirms that Batman cared so little for Batgirl, that he’s laughing with the man who paralyzed and sexually abused her. 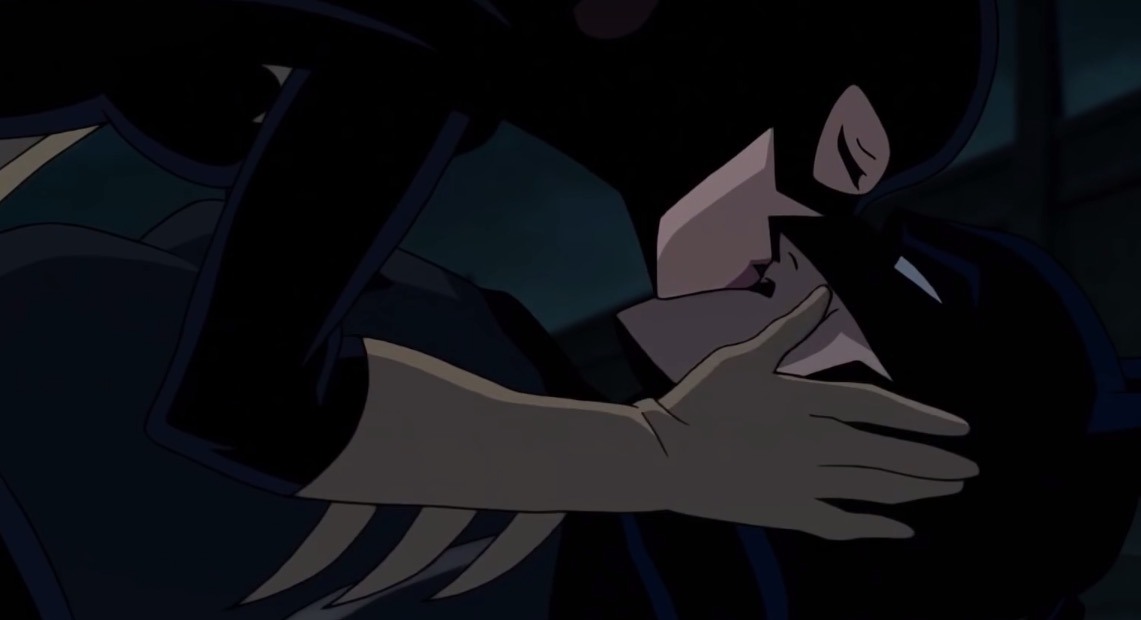 For those of you who haven’t read the source comic, the answer is no, that kiss you see above was never a part of The Killing Joke‘s original story. Rather, it was shoehorned into the movie in a misguided effort to create context for Barbara’s shooting. The basic thread goes as follows: Batgirl and Batman run into a mobster named Paris Franz, who’s obsessed with Batgirl. Batman tries to take her off the case because she’s the object of Franz’s desires and apparently can’t be trusted to not screw everything up (at one point, she calls Franz’s disgusting advances “a little flattering”). From there … well, we’ll let the folks over at The Mary Sue jump in.

Batgirl’s being presented as this lovesick woman pining after Batman’s affections. When she’s not busy being patronized and objectified by a gross villain, she’s instead only all about Batman, Batman, Batman. It’s as if her life completely centers not around her partnership with him or the crime fighting, but rather her romantic interest in him.

Cut to Batgirl and Batman getting it on below a gargoyle on a rooftop, followed by Batgirl punching the holy bejeezus of out of Franz because Batman blew her off post-coitus — because you know, those crazy women just can’t keep it together after sex, can they? The prologue finally wraps up with Batgirl retiring her cowl, citing how Batman obviously can’t focus on crimefighting when he’s distracted by her lady-parts. Oof.

3. The filmmakers don’t understand where they went wrong 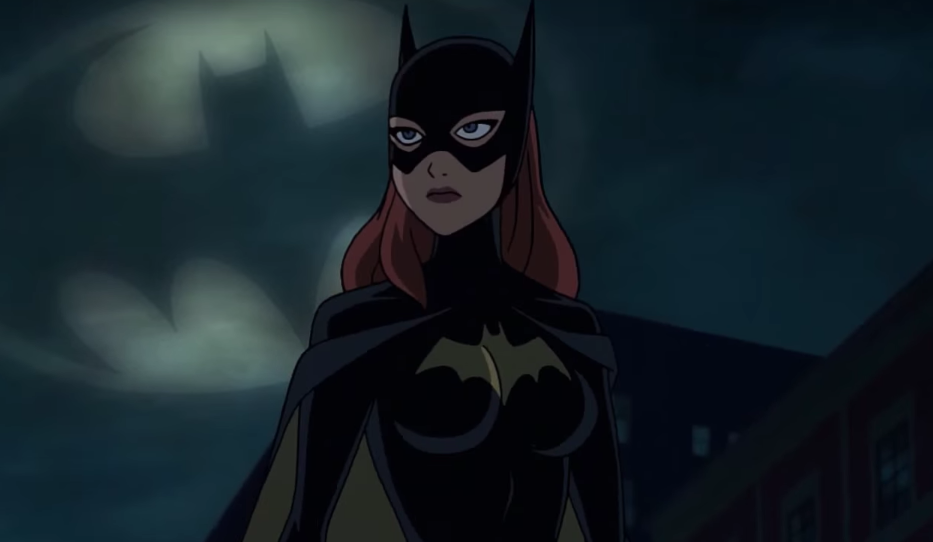 On one hand, you could argue that at least attempting to fix Barbara Gordon’s narrative was promising. But that leads us to the question of whether it’s better to try and miserably fail, or not try at all. After choosing the former of those two options, we saw The Killing Joke’s creative team trying, failing, and exacerbating the issue tenfold. The real kicker: They have no idea that they royally messed it up.

The Mary Sue gets to the root of the problem, pointing out that, “Where this goes wrong, [is] how it thinks it is empowering its heroine, but undermines her in every scene.” The website then gets to the root of the problem, “This movie shows exactly why we need to hire more women writers. Many good women writers exist, many who understand the difference between actual women empowerment vs. male-gaze empowerment.”

What we had instead was an all-male team of writers playing at understanding what actual empowerment is for a female character, while lacking the self-awareness necessary to comprehend where they went wrong. Read up on the disaster that was The Killing Joke‘s Comic-Con panel, and we see an entire creative team oblivious to a host of issues that fans in the audience immediately identified after screening the film.

Alan Moore’s story will always hold a special place in the heart of comic book fans, but even so, it’s disappointing to see that its gender-related problems are still just as prevalent (if not worse) 28 years later.