Best of 2016: 5 Horror Movies That Everyone Should See

Horror filmmakers have a unique task: They have to scare us silly, but also make us want to stick around to get scared even more. In recent years, there’s been an influx of scary movies, with franchises like Paranormal Activity and Saw, and indie hits like It Follows. Some have been better than others — but this year, in particular, has seen some especially stellar scary movies hit theaters. They’ve run the gamut within the genre, from gruesome to ghoulish — but they’ve all managed to combine great storytelling with innovative new methods of making the hair on the back of our necks stand up. Here are our picks for the best horror movies of 2016 — at least, so far.

In a year full of smart indie thrillers and scary blockbuster franchise sequels, it’s especially impressive that a horror movie about a board game has managed to distinguish itself so thoroughly. But that’s absolutely the case with Ouija: Origin of Evil. A prequel to the 2014 film Ouija, the movie has accomplished the rare feat of being overwhelmingly praised by critics when its predecessor was totally panned.

There’s good reason for all the hype, too: Origin of Evil is genuinely frightening. It follows a young mother who makes a living as a scam artist fortune teller, until her daughter becomes possessed by a real supernatural force. The horrors that the family and their friends encounter as they try to figure out what’s wrong with the young girl aren’t exactly revolutionary — but that doesn’t make them any less unsettling. Ouija: Origin of Evil is the perfect film for horror fans who are looking for an engrossing story and some old-fashioned frights. It’s currently playing in theaters nationwide.

Some horror movies lay it all out on the table for viewers, so we’ll know exactly what to expect. The Witch does the exact opposite — and that’s half the reason why it works so well. Set in New England in the 1600s, it follows an isolated and devoutly religious family that comes undone as sinister forces infiltrate their home. There’s a missing baby, a naked old woman in the woods, and a young girl — played brilliantly by Anya Taylor-Joy — who seems both uncompromisingly innocent and potentially dangerous. Together these elements create an inescapable tension that builds until the film’s horrifying conclusion.

Everything about The Witch feels off-kilter and unfamiliar — from its chilling, long-ago setting to the slow pace with which its drama builds. But it remains one of the most bizarre and unforgettable horror movies in recent memory, and undoubtedly one of the strongest this year.

It’s hard to really define 10 Cloverfield Lane — it’s part psychological thriller, part alien invasion horror, and part meditation on isolation and fear itself. It’s also completely compelling from beginning to end. A sequel to 2008’s Cloverfield, it bears little resemblance to the found footage-based original, and instead focuses on showing us just how terrifying it can be to hide from the unknown in an environment that could also be potentially dangerous.

Led by stellar performances from Mary Elizabeth Winstead and John Goodman, 10 Cloverfield Lane does what truly great suspense films do — it draws us in without fanfare and refuses to let us go until we’ve experienced every last bump in its very intense ride. 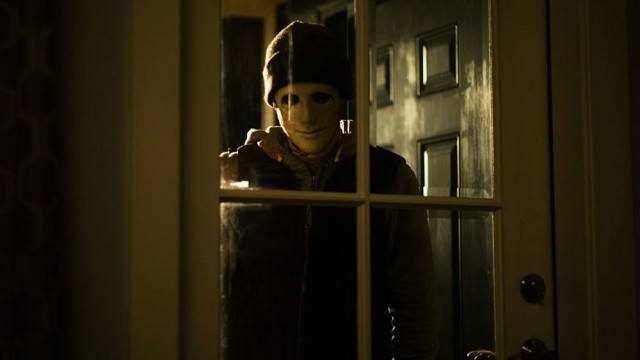 There’s something extra satisfying about a horror movie that takes on the genre’s most well-known tropes and makes them feel new again. In Hush, we see a lot of familiar themes: a young girl, vulnerable and alone at home, trying desperately to fight off a deranged stalker and stay alive. But there’s one big difference that raises the stakes even higher: The protagonist, Maddie, is deaf. As she’s chased through her house, we get glimpses of what the world is like for her — muted silence, and ambient sound that makes an already surreal situation even more unsettling. Hush manages to create a truly horrific story without one shred of supernatural influence — and without the guts and gore that many other films like it offer up. Universally praised by critics, it’s currently streaming on Netflix.

Ed and Lorraine Warren’s work with the supernatural has become so renowned within the horror genre that they almost feel like the patron saints of haunted house movies at this point. And we got a second chance to see them in action with this summer’s The Conjuring 2. Their work leads them to England, where they encounter a young girl who’s seemingly being possessed by the ghost of an elderly man. Of course, there are larger and more evil forces at work, and the couple has to fight tooth and nail to survive.

James Wan has become more or less a master of telling a truly great scary story and offering up some of the creepiest imagery in modern horror, and The Conjuring 2 definitely offers both in spades. But it also succeeds because it doesn’t just feel like a sequel — thanks to nuanced performances by Patrick Wilson and Vera Farmiga, it’s anchored by two characters we’re now used to rooting for. But it also still stands on its own as a uniquely frightening journey.