DC’s ‘Wonder Woman’: Everything We Know (and Don’t Know)

DC’s Wonder Woman solo film is about to have its theatrical premiere and comic books fans are busy speculating over what the movie might entail. From casting news to rumored plot details, here’s everything we know (and don’t know) about the superhero flick so far.

Gal Gadot, who previously appeared in the Fast & Furious franchise, will play Diana Prince aka the titular superheroine, as announced back in 2013. The 29-year-old Israeli actress inked a multi-picture deal for the role, with her character first appearing in this year’s Batman v Superman and the upcoming Justice League flick.

Chris Pine will star opposite Gadot as Steve Trevor, Wonder Woman’s love interest who, as The Wrap describes, “isn’t around to just send flowers and kill spiders.” Pine discussed the role earlier this year, telling Premiere, “What excites me most is to work in a movie with a superhero woman. With a woman in the lead role. I am teamed with this intelligent, beautiful and strong woman to defeat the villains and save humanity.”

Warner Bros. has recently announced the roster for its full cast. In addition to Gadot and Pine, Robin Wright (House Of Cards) will reportedly co-star in a still-unspecified role, although fans are already speculating that she might be playing Diana Prince’s mother Hippolyta.

Danny Huston (X-Men Origins: Wolverine), David Thewlis (Naked), Ewen Bremner (Trainspotting), Said Taghmaoui (American Hustle), Elena Anaya (The Skin I Live In) and  Lucy Davis (Shaun Of The Dead) have also all been confirmed. None of their exact roles have been revealed, although Taghmaoui recently did hint that he’d be playing a superhero.

While the trio of immortals have all had a hand in raising and training Diana, they don’t always see eye to eye. Hippolyta wants to shelter her beloved daughter from the outside world, while Antiope, the Amazon responsible for Diana’s training, wants to prepare her. “She is the only child they raised together,” Jenkins said, per EW. “And their love for her manifests in a different way for each of them.” 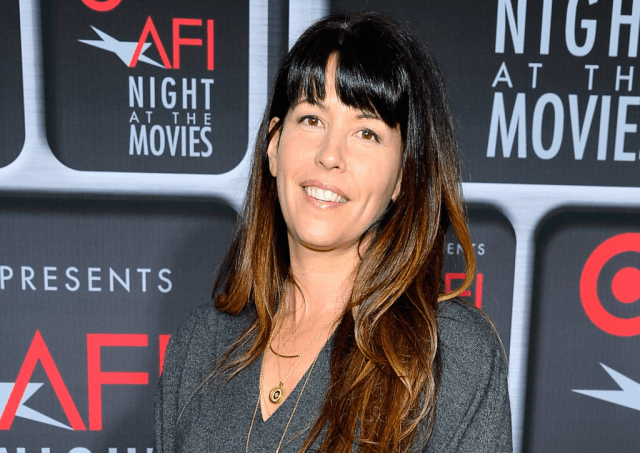 Patty Jenkins signed on to direct Wonder Woman earlier this year, following Michelle MacLaren’s departure from the project. Jenkins has a number of notable credits to her name, including her debut feature, Monster (which won Charlize Theron an Oscar), and pilot episodes of The Killing and Betrayal. She was also once in talks to direct Thor 2 for Marvel, although that ultimately didn’t pan out.

Jenkins will direct the film based on a script written by Jason Fuchs, the scribe behind Warner Bros.’ Pan. Meanwhile, Zack Snyder and Deborah Snyder will serve as producers alongside Charles Roven and Richard Suckle of Atlas Entertainment.

Warner Bros. initially hired five writers to give treatments to Wonder Woman and up until now, Jason Fuches (Pan, Ice Age: Continental Drift) has been cited as the scribe for the final script. But the latest press release reveals that Allan Heinberg and DC Comics Chief Creative Officer Geoff Johns are actually credited as the screenwriters on the upcoming project. Though Heinberg has previously produced and written for The O.C., Grey’s Anatomy, and Sex and the City, this will be his first film credit.

4. It may involve multiple timelines

So far, details about the movie’s storyline have been kept tightly under wraps. But while the studio has yet to officially confirm or deny anything, there has been plenty of speculation about what the film might entail. The most prevalent rumor is that Wonder Woman will encompass multiple timelines — one in World War I and the other in present day.

How exactly will that work? Recent reports suggest that while most of the movie will take place in present day, there will also be portions where Wonder Woman recalls her first fight with Ares during WWI to Steve Trevor (perhaps with flashbacks to the period). It remains unclear how exactly the stories of the two time periods will interconnect.

Another important matter of timing? The events of Wonder Woman are also rumored to be taking place a few months before Batman v Superman, even though the film itself won’t be released until after. Apparently, the movie’s conclusion will draw some connections to the rest of the Justice League.

Warner Bros. has revealed the  official synopsis for the film, revealing a few more details, including confirmation that WWI will play a major role in the story. The description reads:

Before she was Wonder Woman, she was Diana, princess of the Amazons, trained to be an unconquerable warrior. Raised on a sheltered island paradise, when an American pilot crashes on their shores and tells of a massive conflict raging in the outside world, Diana leaves her home, convinced she can stop the threat. Fighting alongside man in a war to end all wars, Diana will discover her full powers…and her true destiny.

Details about the movie’s primary villain were recently revealed by the French publication Studio Ciné Live. As the report said (via ComicBook.com):

Behind these scientific formulas, there is a deadly gas that could well annihilate humanity. Now, it turns out that this is precisely the goal of Ares, the god of war. He is jealous of humanity, which is a creation of his father, the deceased Zeus (he was killed by Ares when he rebelled against him, with the help of the Amazons) …

As fans know, Ares is a frequent Wonder Woman opponent in DC Comics, having appeared in the pages of Wonder Woman since the 1940s.

The third full-length trailer for the film has just been released, as seen above. From the looks of it, it seems fans will get to see some of Wonder Woman’s original story –including Diana as a child, roaming Themyscira and learning about her superpowers. 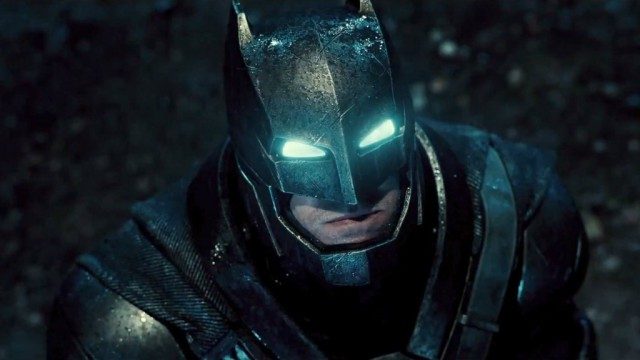 We know Gadot will make her Wonder Woman debut in Batman v. Superman, but will Ben Affleck’s Caped Crusader also show up in her solo film? Again, nothing has been confirmed yet, but all signs point to yes. Rumor has it that Batman will make a brief cameo, during which he observes one of Wonder Woman’s battles. He makes contact with her soon after, which could also explain why it seems to already have an existing relationship in Batman v Superman.

6. What else we’ve seen so far

Fans were treated to an early glimpse of the upcoming Wonder Woman movie when The CW aired some footage from the film during a DC Films special. The footage, which includes scenes of Wonder Woman fighting soldiers during World War I and her departure from her homeland of Themyscira (the hidden island where Amazon women of Greek myth have thrived for centuries), suggests that the upcoming movie will focus on the character’s origin story.

A second video, filmed by a local news show in Italy, shows what appears to be a market in Wonder Woman’s homeland of Themyscira.

Empire has also debuted a new official still from Wonder Woman, seen below.

Wonder Woman is scheduled to hit theaters on June 2, 2017.