Harry Potter and Hermione Granger Sitting in a Tree? 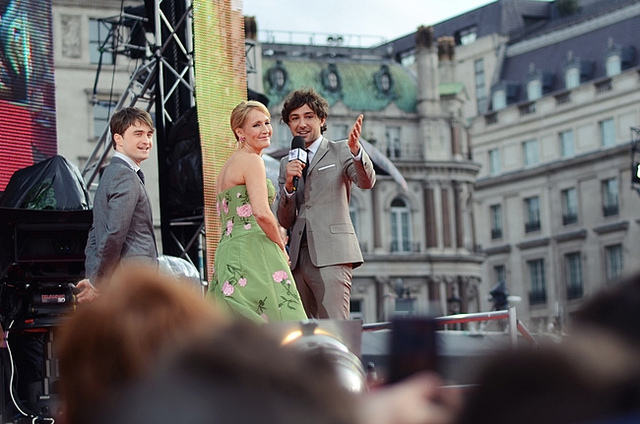 Harry Potter fans everywhere were either thrilled or incredibly angry about a recent interview with J.K. Rowling that shed new light on the series’ romance plot. According to CNN, Rowling admitted that while she’d always wanted Hermione Granger and Ron Weasley to fall in love and end up together, she said that following through with her original plan may not have been the best move. She even said that the two would probably need couple’s therapy in the long run.

“I wrote the Hermione/Ron relationship as a form of wish fulfillment. That’s how it was conceived, really. For reasons that have very little to do with literature and far more to do with me clinging to the plot as I first imagined it, Hermione ended up with Ron,” she said, according to CNN. Years ago, Rowling also admitted to nearly killing off Ron’s character, though she admitted it was perhaps a reflection that, “I wasn’t in a very happy place.”

Even Emma Watson, who played Hermione Granger’s character in the film versions of Rowling’s well-loved novels, said that she thought the pair might have been a poor choice. “I think there are fans out there who know that too and who wonder whether Ron would have really been able to make her happy,” said Watson in the same interview with Wonderland Magazine. The full interview is as yet unavailable, but will be published on February 7, so Harry Potter fans eager for more details won’t have terribly long to wait.

“I know, I’m sorry,” she said as she admitted her second thoughts regarding the two side character’s romance. “I can hear the rage and fury it might cause some fans, but if I’m absolutely honest, distance has given me perspective on that. It was a choice I made for very personal reasons, not for reasons of credibility. Am I breaking people’s hears by saying this? I hope not,” she said.

Of course, this revelation begs the question — who should Hermione have ended up with? While the obvious alternative would be Harry Potter himself, none of the available quotes completely confirm that as her preference — though it is a fair assumption. As to fans reaction to the news, MuggleNet.com — the largest Harry Potter Website — reveals that, unsurprisingly, feelings were mixed. Many reacted with anger, as the side-kick’s pairing seemed to have a solid development over the course of the seven book series. Others seemed relieved to find that the author shared their suspicion that an alternative romantic inclination should have been looked into.

Somewhat more surprisingly, a good number of the responses dealt with the fact that Rowling is open to giving public opinions on the past works. It makes many angry — perhaps because it shatters some of the magic behind the storytelling to imagine that the creator dislikes how it ended.

“She is still constantly intervening in the process of understanding and reading these characters and these stories. In some ways, she is speaking for the books instead of letting the books speak for themselves,” said Pamela Ingleton to Telegraph, an academic who has previously written on Rowling. “She wants to exert her control. She wants to be the one we depend on for information so that readers become reliant on her authority.”