‘Mad Max’: Why Furiosa Should Get Her Own Spin-Off Movie

Mad Max: Fury Road blasted into theaters earlier this summer to high critical acclaim and a worldwide gross of $373.2 million. Given the positive reception, it’s no surprise that fans are already wondering if and when the sequels are coming. While a follow up entitled Mad Max: Wasteland, again starring Tom Hardy, is apparently already in the works, another relevant project is also reportedly on the table: a spin-off focused on Charlize Theron’s Fury Road character, Furiosa.

While Hardy received plenty of praise for his turn in the titular role in Fury Road, Theron’s Furiosa arguably got the most attention, with many dubbing her the true breakout star of the film. Speculation over whether the character would return for later Mad Max movies quickly started swirling. While many moviegoers wanted to see more of her, Theron herself claimed to have never heard of Mad Max: Wasteland when asked if she’d return to the franchise earlier this month. The actress’s comments raised eyebrows, leading fans to wonder whether she will be left out of the sequel’s cast roster. If that’s the case, there may still be another future for Furiosa.

According to Deadline, Warner Bros. is considering a spin-off film focused on Furiosa. As the publication points out, the studio is working to determine the best route for the future of the franchise, based on Fury Road‘s favorable reception from both critics and audiences alike. As Deadline concludes, “It comes down to deciphering what the audience wants. On those grounds, a Mad Max: Fury Road sequel or a spin-off focusing on Charlize Theron’s Furiosa character (which is being discussed) is inevitable if George Miller wants to make one.” 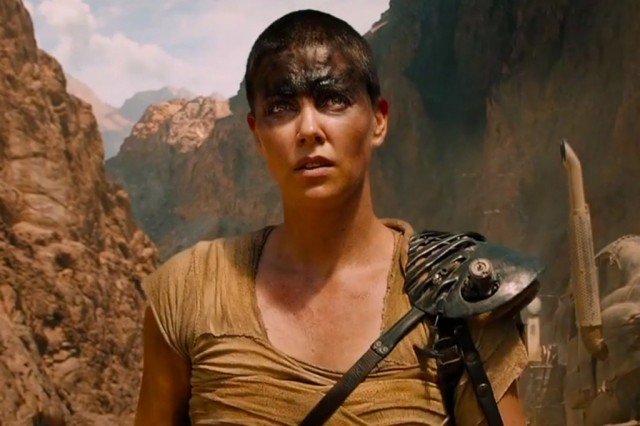 Since both Hardy and Miller are already confirmed for more sequels, it’s no surprise that Mad Max: Wasteland is basically all but official. News of a likely Furiosa spin-off is far more enlightening. As fans know, Theron’s future with the franchise hasn’t been too certain in recent months. The actress isn’t locked into more Mad Max films and she has been open about how tough the production for Fury Road was. It’ll be interesting to see how she will feel about returning to the character, should Miller decide to pursue the spin-off project.

If Theron is willing to reprise the role, a spin-off seems like the right way to go. There is plenty more to learn about the character. In fact, Theron herself even discussed the history of Furiosa during a recent interview, teasing details that weren’t  captured in Fury Road. As she told EW:

This is not in the movie: this is stuff that we talked about, backstory about how she ended up with no arm and that she was discarded. She couldn’t breed, and that was all that she was good for. She was stolen from this place, this green place that she’s trying to go back to. But she was stolen from that place and kind of embedded in this world for one thing, and when she couldn’t deliver on that one thing, she was discarded—and she didn’t die. And instead… she hid out with those war pups in the world of mechanics, and they almost forgot she was a woman because she grew up like them.

Whether a Furiosa spin-off would chronicle this origin story or focus on a new adventure remains to be seen, but there’s clearly plenty of material to draw from.

In addition to giving audiences a chance to learn more about the characters, having Furiosa star in her own spin-off, instead of returning alongside Hardy in Wasteland, will likely appeal to fans of the original Mad Max. The series is known for its anthological nature and many have pointed out that bringing Theron’s character back – no matter how loved she is – will disrupt that element. The Furiosa spin-off would seemingly solve that problem by giving her a chance to shine separately.

Of course, none of this is a done deal yet. It’s still unclear whether Theron will even want to return to the character at all, either in Wasteland or in her own movie. But given what a memorable role it turned to be for her, we can only hope she’ll come back and this time, as the main star.

As for Hardy’s Mad Max, Miller already reportedly has a screenplay secured for Wasteland. Fans will have to stay tuned for news of a release date and any other potential sequels.