On a Slow Weekend at the Movies, Check Out What’s New 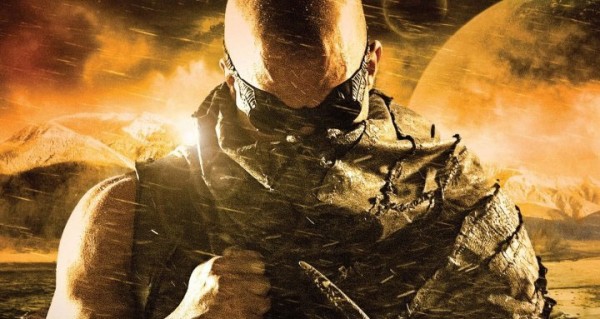 It’s starting to sound like a broken record, but this weekend at the box office is slated to be more of the same — aside from new sci-fi flick Riddick, projected to hit the number one slot at a slow box office. But while this weekend doesn’t introduce any heavy-hitters, there are some interesting developments depending on what you’re interesting in seeing this weekend. The biggest opener of the weekend is Universal Pictures’ (NASDAQ:CMCSA) sci-fi action flick Riddick, starring Vin Diesel, Karl Urban, and Katee Sackhoff. Riddick is the third installment in the Chronicles of Riddick franchise, following Pitch Black (2000) and The Chronicles of Riddick (2004).

While Riddick is more or less set to lead the box office this weekend, the most interesting news is the great lengths that Diesel went to in order to make the film. ”If it didn’t work out, I would have lost my house,” he told MSNBC in an interview. ”Everything I had in my life was leveraged to make this movie. The producer role — the stakes were higher than any producer I know because the skin in the game was real, and I was so committed to answering this growing request from the social media fans to continue this character.”

So what are critic saying about the film? According to review aggregator Rotten Tomatoes, the film is a mixed bag. Currently sitting at 57 percent “Fresh” overall, the consensus seems to be that while the film isn’t exactly breaking any new grounds, it does a represent a step-up from the bloated The Chronicles of Riddick and features a welcome return to the strengths of Pitch Black. “An improbable, but very enjoyable sequel that recaptures much of the stripped-down intensity of Diesel and director David Twohy’s franchise starter “Pitch Black,” Variety’s Scott Foundas writes. 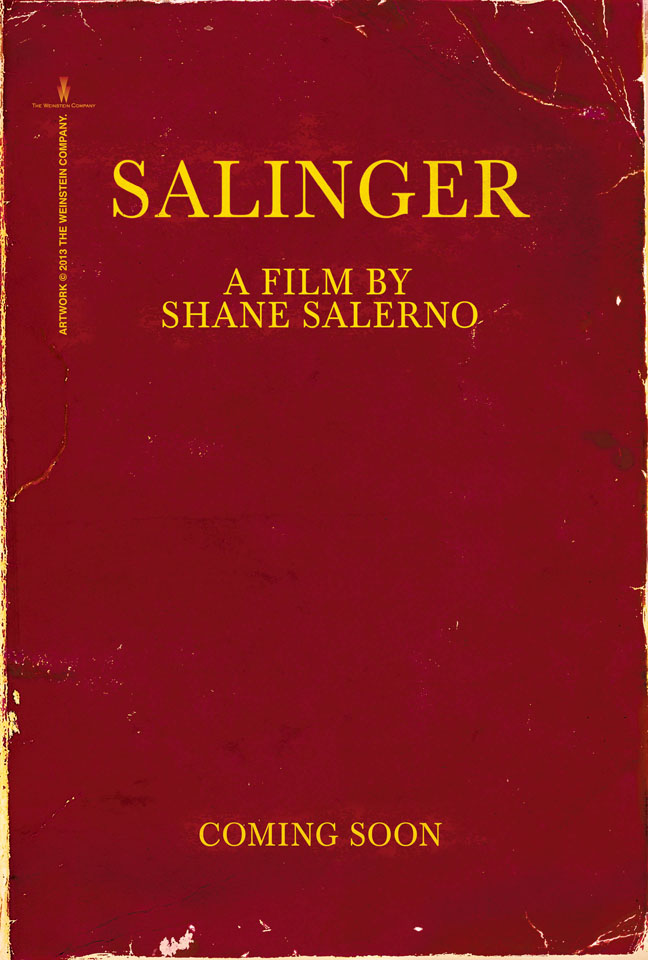 If science-fiction isn’t your genre of choice, the other interesting title to come out this weekend is the mysterious documentary Salinger, based on Catcher in the Rye writer J.D. Salinger, and released by The Weinstein Co. TWC describes the film as having “an unprecedented amount of unseen footage, photographs, and biographical information on the notoriously reclusive Catcher in the Rye author,” while also purporting to have new, revelatory news — which, if you’ve been following news outlets — might have already been spilled by the press.

Whatever secrets Salinger may hold — TWC initiated an “Uncover The Mystery But Don’t Spoil The Secrets“ campaign in order to avoid potential spoilers. The documentary is poised to be a fascinating vision of one of America’s most famous and notoriously reclusive authors. However, if you believe the critics, the documentary might be much ado about nothing. As of this writing, Rotten Tomatoes rates the film as being 35 percent “Fresh” after 17 reviews — a small pool, but worrying nonetheless.

David Fear of Time Out New York writes, “You wonder why Salerno thought the man who created Holden Caulfield would be best served by an abundance of sentimentalism, a stock sap-tastic score and some genuinely cheesy dramatizations on a black stage (the director is no Hollywood phony, but still.)” Even the more positive reviews, like Stephen Farber of The Hollywood Reporter, are not exactly brimming with excitement. “The cult of J.D. Salinger will be burnished by this lively but superficial doc,” Farber explains. 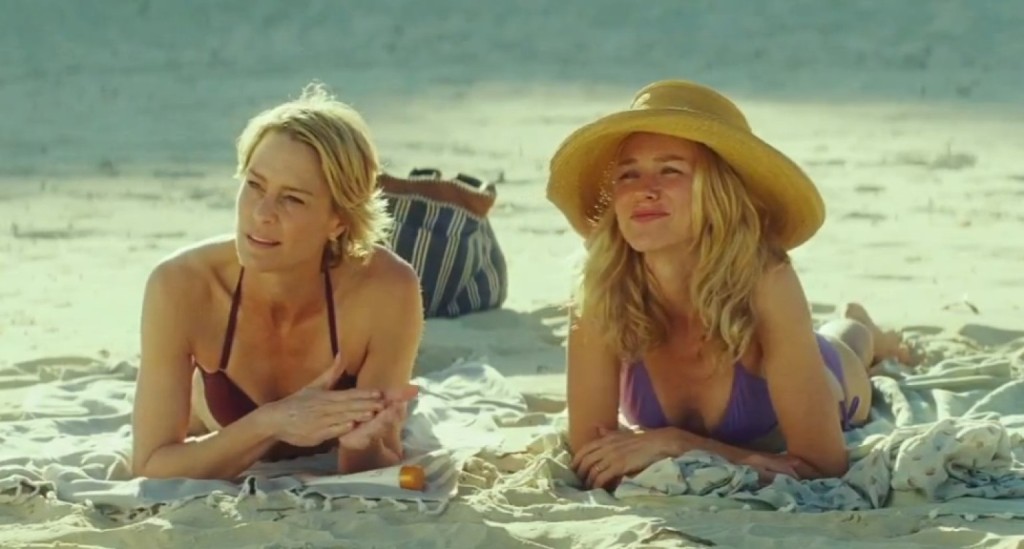 Following Riddick and Salinger, there isn’t a lot of movement happening outside of the art-house venues. The French-Australian art-house film Adore, starring Naomi Watts and Robin Wright, is directed by Anne Fontaine and chronicles a complex relationship that develops between two couples in an idyllic Australian seaside town. Adore, which premiered at Sundance, currently has a 44 percent on Rotten Tomatoes.

Hell Baby, which also premiered at Sundance, is being released into limited theaters and has been available on VOD-services since late July. A horror-comedy from Robert Ben Garan and Thomas Lennon and starring Rob Corddry, the film tells the story of an expectant couple who move into a haunted house in New Orleans and are later forced to hire a pair of priests. The film is currently sitting at 40 percent on Rotten Tomatoes.

Also of note, but much more limited in release, is the documentary Red Obsession narrated by Russell Crowe. The film chronicles the complex relationship between the West and East when it comes to wine, and how the recent developments in China have further complicated the situation. After 11 reviews, Red Obsession is 100 percent positive with critics. 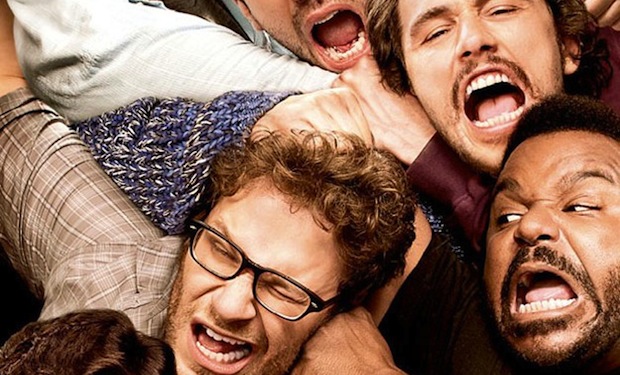 As for the box office top ten? Expect it to be, like last week, more of the same — doubly so when you consider that Columbia Pictures (NYSE:SNE) is planning to re-release the comedy This is the End into theaters this weekend and is projected to hit the top ten. Although it’s unclear how long Columbia plans to leave This is the End in theaters, reports are that the studio is looking to break the $100 million mark coming off the free press and marketing of the Roast of James Franco, shown on Viacom’s (NASDAQ:VIA) Comedy Central.

Besides that, look for The Weinstein Co.’s Lee Daniel’s The Butler to continue its impressively consistent run, which included a surprising victory last week over Sony’s One Direction: This is Us – now predicted to slide down the list after a strong first weekend.

Then Warner Bros. (NYSE:TWX) with its bargain of the summer — the comedy We’re the Millers — which has continued to see minimal drop-offs week to week, projected to impress yet again with a slot of number three. Of course, for those children not yet in school or simply looking to avoid the heat, there is Disney’s (NYSE:DIS) Planes projecting to hit around the number four spot at the box office.

Don’t Miss:6 Film Directors Who Make a Killing for the Studios.