Should ‘Star Wars’ Really Be a “Forever Franchise”?

If there’s one thing that Disney has proven itself capable of doing, it’s handling a large-scale franchise. The Marvel Cinematic Universe was the first true shared universe we ever saw to this scale, and there’s about a century’s worth of movies under the Mickey Mouse umbrella that tells us Disney studio knows what it’s doing with recurring characters. When Disney purchased Lucasfilm for $4 billion, initial trepidation was calmed by the fact that Star Wars would be falling into steady, skilled hands. And the success of The Force Awakens tells us this assumption was true. So why are we still worried?

The answer comes in the form of a Wired feature, positing an unsettling theory: “You won’t live to see the final Star Wars movie.” It’s simple in its message, but ambitious in its intent, and it could very well send a once-proud franchise down a road it has no business traveling. The strategy? Disney “intends to put out a new Star Wars movie every year for as long as people will buy tickets.” Based on the fact that even the much-maligned prequels made no less than half a billion dollars each, we wouldn’t be surprised if Wired was right: “It’s the forever franchise.”

What does an “infinite series” as Wired calls it look like? For now, it means a new trilogy and three additional “Anthology” movies hitting theaters in the off-years for the trilogy releases. After Disney makes $1 billion plus per movie, you can bet they’ll be game-planning the next steps. Perhaps another trilogy will get green-lit, giving us Episodes X, XI, and XII. Or a prequel to the prequels that focuses on the Old Republic we’ve only seen in video games. Maybe we’ll get a whole mess of Anthology installments that digs into the back-story of every major character in the franchise. Whatever the plan is, there’s no denying the fact that eventually, the Star Wars bubble is going to pop. 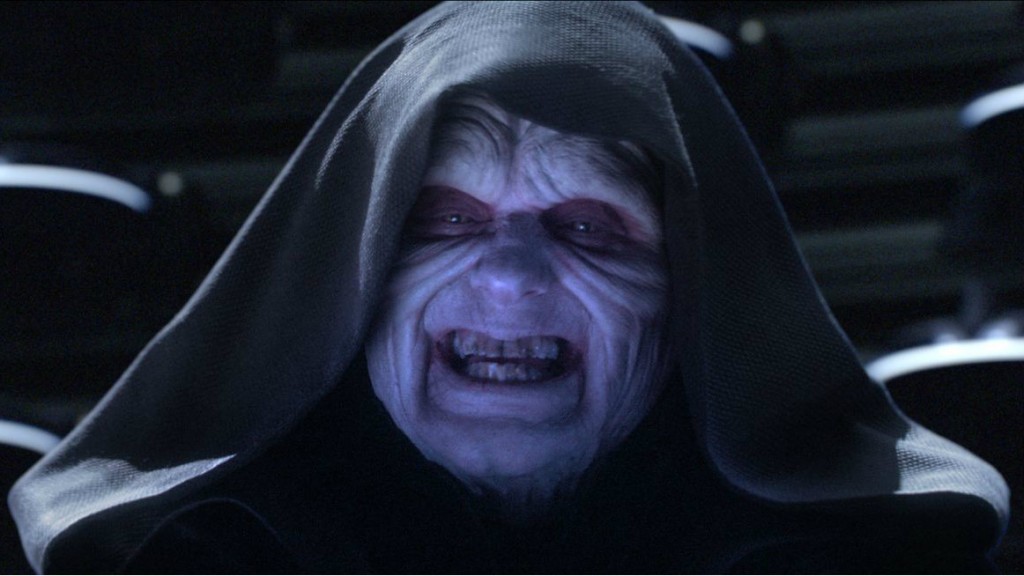 Ian McDiarmid as Palpatine in Star Wars: Revenge of the Sith | Source: Lucasfilm

Much as has been said in the way of Marvel over-saturating its audience with too many superheroes. Wired tells us that the studio has a whopping 17 movies planned over the next decade, and that’s not even figuring in Agents of SHIELD on ABC, and their expanded Netflix universe set to be composed of five separate series. If that’s what the future has in store for Star Wars, you can color us officially worried. The writing is already on the walls too: The introduction of the new canon Star Wars novels and comic books along with the Rebels cartoon series tells us we’re already in the beginning stages of Disney’s planned conquest.

The real tragedy of all this is the fact that people probably will buy tickets every time a Star Wars movie is released. For all our complaining about Marvel’s over-saturation of the superhero market, audiences still made the last Avengers movie the sixth highest grossing movie of all time. Mark our words though, if and when Disney inevitably releases Star Wars, Episode XXVII 15 years from now, the franchise will be unrecognizable from what we saw in 1977. Money is the only language that talks in Hollywood, oftentimes at the expense of artistry. Someday in the very near future, Star Wars will be a victim of this.

This is of course all simply Disney’s hope for the future of their lucrative franchise. Only time can tell us if there’s really potential for a long-term future. Let’s just hope that future doesn’t include 40 sequels spaced out over the next half-century.