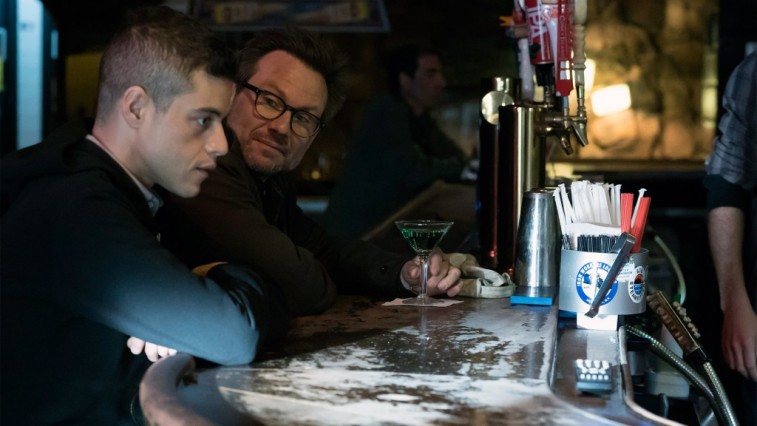 Mr. Robot has earned a lot of critical acclaim in its first season, even winning the award for Best TV Drama at this year’s Golden Globes. But if you still haven’t gotten a chance to tune in (or just want to relive the magic), there’s good news: The show released its first season Blu-Ray/DVD on Tuesday, January 12, and it’s definitely worth binge-watching.

Created and written by Sam Esmail, Mr. Robot stars Rami Malek as Elliot Anderson, a young, socially anxious computer programmer who works as a cybersecurity engineer during the day, but becomes a vigilante hacker at night. His skills catch the attention of an underground group of hackers led by Mr. Robot (Christian Slater), who recruit him to join their organization and help them bring down corporate America — specifically one of the companies he is paid to protect, E Corp (aka Evil Corp). Though he himself works for a corporation, his personal beliefs don’t align with what he does for a living and he soon finds it impossible to resist the urge to take down the people behind the multinational companies that he thinks are ruining the world. In the process, he’s forced to make some tough, even life-threatening decisions.

It’s clear right from the get-go why this show has taken both critics and audiences by storm. The story itself couldn’t be more timely, shedding a spotlight on big businesses whose seemingly untouchable power is threatened by one simple thing: exposure. But though there are some preachy moments (specifically from the inner monologues of Malek and Anderson’s characters), it’s not all societal commentary and no drama. The first season is filled with twists and turns (some of which are more surprising than others, but I won’t give away any here) and — perhaps even more importantly — absolutely superb acting.

Though Slater was the only one of the cast to take home a Golden Globe for his performance this year, it’s Malek who is the revelation here. In the wrong hands, the character of Elliot might have been unbearable to watch — anxious, paranoid, and with a very tenuous grip on his own reality. Instead, he’s incredibly compelling, and it’s all because of Malek. The actor is magnetic in the role, able to convey a myriad of conflicting emotions even while saying little to nothing. Whether it’s fear, suspicion, or intrigue, everything Elliot is feeling is conveyed in Malek’s wide-eyed, sometimes twitchy facial expressions, and it’s fascinating to watch. 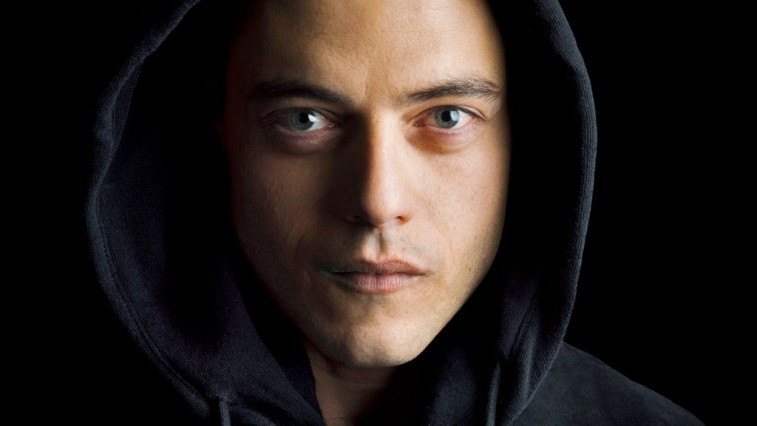 His character is also part of what makes the show so binge-friendly. While the story is strong enough to keep you hooked on a weekly basis, some episodes are so trippy that you’ll be thankful to go straight to the next one — if only to figure out what the hell just happened. For me, that moment came in episode four, in which Elliot — suffering from drug withdrawal — enters a series of hallucinations and visions that force you to question whether anything we’ve seen up until that point was real or simply a product of his own delusions. For those that watched the show while it was airing, this was likely the make-it-or-break-it episode whether they either became that much more intrigued or just gave up on the journey altogether. For binge-watchers, the episode will still stand out, but will probably be significantly less frustrating, as they won’t have to wait quite as long to connect the (very well-crafted) dots.

In terms of packaging, the DVD (which is split into two discs) offers several extras, most of them on disc two. The deleted scenes are mostly brief, but some interesting moments are revealed, particularly from the set from episode 6. There’s also a 5-minute gag reel (featuring a lot of Slater) that proves it’s not always such high intensity on set.

The best extra feature is the 12-minute M4k1ng_0f_Mr_R0b0t.mov, which mixes features interviews with Esmail, Malek, Slater, and co-stars Carly Chaikin, Portia Doubleday, and Ben Rappaport, as well as some of the producers and crew members. The feature sheds some interesting insight into the inspiration behind the show, as well as some of the key elements that go into making it. It does include some spoilers though, so make sure to watch the show first.

While the extras might be a little lacking, the Blu-Ray/DVD looks and sounds great and Mr. Robot as a show definitely won’t disappoint. If you couldn’t get enough of the first season or if you just want to get on board before season two, this release is worth adding to your collection.