USA’s dark drama Mr. Robot came out of nowhere last summer to become one of the most talked about, critically acclaimed new series in years. But anyone who watched Mr. Robot‘s first season knows that its sophomore season premiere already represents a make or break moment in the young series that could have easily been a one-off mini series. Luckily, the series’s creators have left us with just enough questions and hints of what’s to come for fans to be excited about where Mr. Robot might go in the future. Here are four things we can’t wait to see.

1. What happened to Tyrell Wellick?

Martin Wallström’s portrayal of former E Corp. psychopath Tyrell Wellick was one of the first season’s bright spots. Working as a foil to Rami Malek’s Elliot Alderson, Wellick helped to increasingly push the show into gray areas until the two characters were working alongside one another by season’s end. But after the season’s penultimate episode, the series skipped ahead three days with Elliot waking up in Wellick’s car with no recollection of what happened to him while the world erupted into chaos from a successful fsociety hack.

So what happened to Tyrell Wellick? This will probably be one of the first things answered in the season premiere, especially given a recent promo that shows authorities have placed all the blame on Wellick for the hack and not Alderson. And given the atypical method in which the showrunners dealt with Wellick in the last several episodes, you can expect Wellick and the mystery of what happened to be one of the central aspects of the season.

2. How will Elliot deal with his fragmented personality? 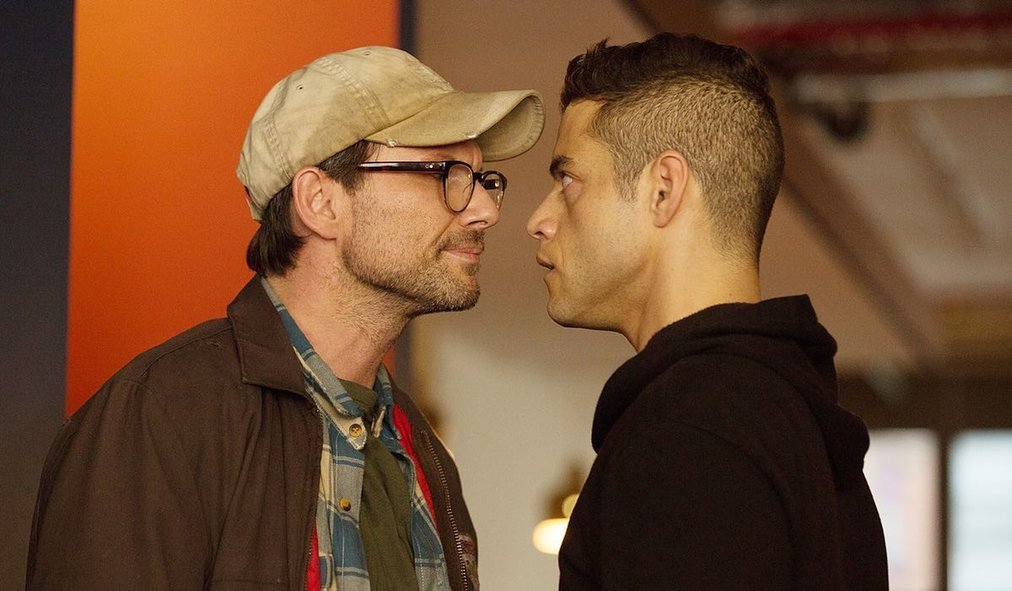 First of all, let’s get the obvious out of the way. Christian Slater is set to return as Mr. Robot so we know that Elliot’s split persona will continue to be a central part of the series even though he’s aware it isn’t real. The question now becomes: How will Elliot’s interactions with his Mr. Robot persona change now that he is more or less in control of it?

If you remember the last episode of the first season, you’ll recall that Elliot’s quest for answers pushed him to seek out Mr. Robot, who in the past would not appear to Elliot on command. But by threatening himself and Mr. Robot by attempting to call the police, he was able to conjure up his split personality and for the first time control it. Moving forward this could introduce all kinds of cool moments in the series as Elliot could become some kind of split personality superhero of sorts.

3. What does that post-credits scene mean?

In case you missed it, there was a short post-credits scene that took place after the final episode of the season in which Whiterose, dressed now as a man, and Philip Price, CEO of E Corp, were seen talking to one another at a formal event for the one percent of the one percent. Price indicates that they know who’s responsible for the hack, but the most interesting thing about the scene is that no one seems particularly worried about the world-rocking hack — it seems like an annoyance at best.

The scene seems to indicate that there’s more to E Corp than meets the eye and that the hack itself might somehow benefit the corporation, or was perhaps even a part of its plan. And what about the fact that Whiterose, who was instrumental in helping Elliot pull off the global attack, is seemingly chums with E Corp’s CEO? Something’s going on here that Elliot is not at all aware of, and his plan may not have the positive effect he hopes it does when all is said and done.

4. Who’s that knocking at Elliot’s door?

With the first season of Mr. Robot littered with cliffhangers on cliffhangers, let’s throw out the most obvious thing we want answered: Who’s knocking on Elliot’s door in the final episode? Is it Tyrell? Mr. Robot? Darlene? Whoever it is, expect that person to spark the fire that will burn throughout Mr. Robot‘s second season. And given how cruel the showrunners were when it came to cliffhangers last season, they better give us this when the season begins at the very least.