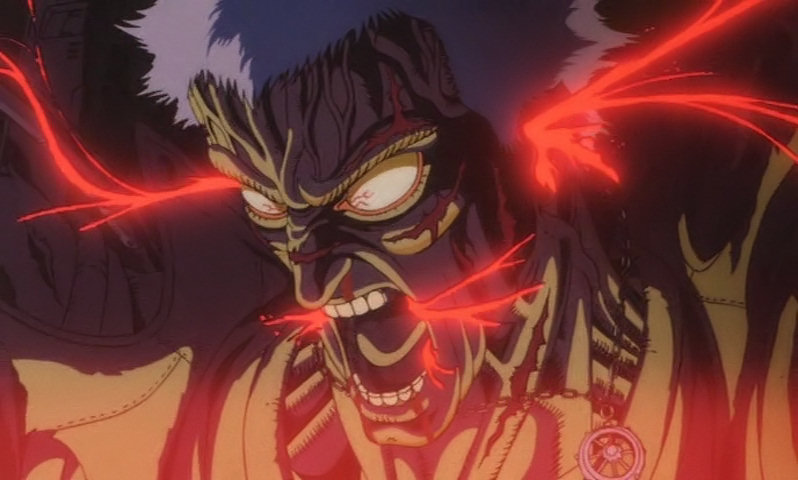 Liquid Television was a paradigm of ’90s alt-culture. A pioneer of alternative animation and the seminal moment of MTV’s brief, gloriously weird phase, the show was a wild hodgepodge of animated shorts that obliterated boundaries we didn’t know existed. Insanity masquerading as inanity, the shorts lacked anything that even remotely resembled plot, instead focusing on audacious visceral experimentation, sometimes bordering on exploitation, insolent to the norm and intent on burrowing into your subconscious with lush and lewd imagery.

MTV Other, the off-shoot of MTV that focuses on “short shows and random weirdness,” has just brought back Liquid Television for a new run. One may be tempted to say “for a new generation,” but the first twenty-minute episode makes it clear that this is aimed squarely at the generation that first watch Liquid Television twenty years ago.

The flavor of the ’90s runs through the show’s circuitous veins like a sugary energy drink. Everything — from the old-school clicky mouse and the proliferation of pop-ups on a computer screen to the Bruce Willis lookalike character, the plugged-in video game controller to the Duke Nukem background — screams ’90s. Save for the CGI segments (which still feel like old-school MTV animation, but look like Pixar for adults), the new reboot of Liquid TV could have been written and drawn twenty years ago.

Today Liquid Television‘s original incarnation feels a little like a soothsayer, a foreboding foreshadow of the ascendancy of ADHD entertainment. There would be no Adult Swim without Liquid TV, no Aqua Teen Hunger Force, no Adventure Time, no Ren and Stimpy or Beavis and Butthead (which began on Liquid TV). They Might Be Giants got their start on Liquid Television, before taking over college radio stations, and the stapler-loving Milton from Office Space started as a short, equally awkward cartoon. Pulitzer-winning cartoonist Art Spiegelman contributed to the show, lending a certain, odd, rebellious legitimacy. Youtube, with its flash-fiction shorts and abstractions, its plotless musings and sixty-second jokes, is arguably the truest spiritual successor to Liquid TV.

The show has become a foot-note in a non-era, epochal of that fleeting moment between MTV’s music video era and the rise of reality TV with The Real World. No other show better captured the junk-food zeitgeist of Gen X until The Real World. MTV has become the epitome of mainstream, and Liquid Television may seem, to the un-initiated, like something from Adult Swim circa 2005, not MTV circa 1991. Aeon Flux, the ineffably, indescribably weird and violent series of shorts concerning a mute agent who kills legions of henchmen, and is eventually killed at the end of every episode, could be a segment in Robot Chicken. Impudently sexual and abrasive, the series of shorts (and later, an actual series with dialogue, characters, and a plot) exist in a place without time, ripped from the pages of a college zine written in the groaning moments of the twilight, fueled by coffee and pot and mimeographed on the cheap. It’s subversive, but it has no goal.

The new Liquid TV (which streams online, not on a TV) won’t be a huge hit. It won’t trend on Twitter and it won’t get coverage in the Weekend section of The New York Times. But its rebirth does serve as a reminder of the former brilliance of MTV, and as a history lesson: Once you watch Liquid TV, you can’t watch Adult Swim or Adventure Time and not get a subtle taste of 1991.