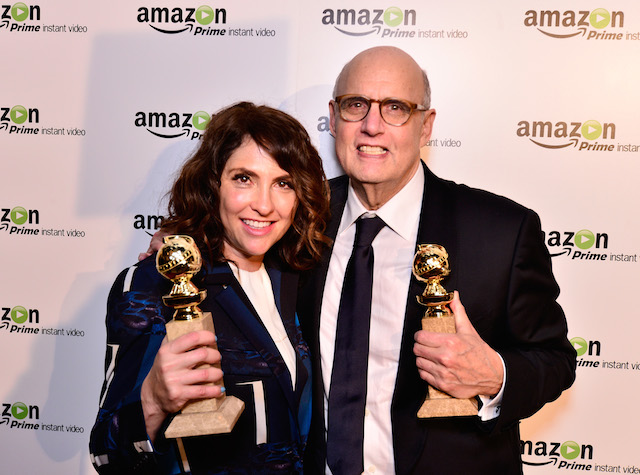 Transparent creator Jill Soloway is coming off a big success with her Amazon original series and is now looking to develop another show that addresses gender issues, this time over at MTV, Deadline reports.

The as-yet-untitled show will be about two women who meet at summer camp and bond over their obsession with feminism. During a night in the forest they are both struck by lightning, which seals their friendship and shared destiny. Ten years later, they’re still BFFs who go around “hell-bent on saving all of womankind (if only they could save themselves first),” the show’s description reads per Deadline.

Soloway will develop the show with Upright Citizens Brigade members Lyle Friedman and Ashley Skidmore. Deadline said it’s uncertain whether Friedman and Skidmore will write under supervision from Soloway or whether they’ll star in the show.

“Lyle and Ashley have a magical ability to tap into the female psyche, and through their own special brand of truth and humor they absolve us of our most humiliating moments,” Soloway said in a statement. “I’m so excited to godmother this show and bring Lyle and Ashley’s fresh take on lady power to MTV.”

Shows with strong female leads that address gender issues and feminism have been very successful for other networks, and it seems MTV wants to jump on the bandwagon. Soloway’s Transparent won over both viewers and critics, making history at this year’s Golden Globes as the first online show to ever win best TV series. Transparent star Jeffrey Tambor won the Golden Globe for best actor.

Netflix’s Orange Is the New Black from creator Jenji Kohan has been praised for its large and very diverse female ensemble cast as well as its handling of gender and sexuality issues. Co-star Laverne Cox became the first transgender person ever nominated for an Emmy in an acting category for her portrayal of Sophia Burset. OITNB is also the most-watched of Netflix’s original programming.

The feminism TV trend has also worked for traditional networks. HBO’s Girls has been popular into four seasons, and sparked a ton of conversation about how women are traditionally portrayed on TV. On Lena Dunham’s show, the female friends get naked even though they don’t look like typical television actresses and have sex in ways that are more realistic than Hollywood usually shows. Comedy Central’s Broad City has taken the narrative of Girls even further by weaving racially diverse characters into the feminist narrative about a pair of slacker best friends who don’t want to do anything but scrape together the cash to get high. Broad City, too, has been widely written about and gained a big enough fan base to get a third season renewal just as the second one premiered.

MTV isn’t currently known for its thought-provoking television programming, but if the network wants to make a smart, feminist TV show, then it came to the right person with Soloway. Fans of the aforementioned series should get ready for a new feminist show to love and two up-and-coming comedic talents.