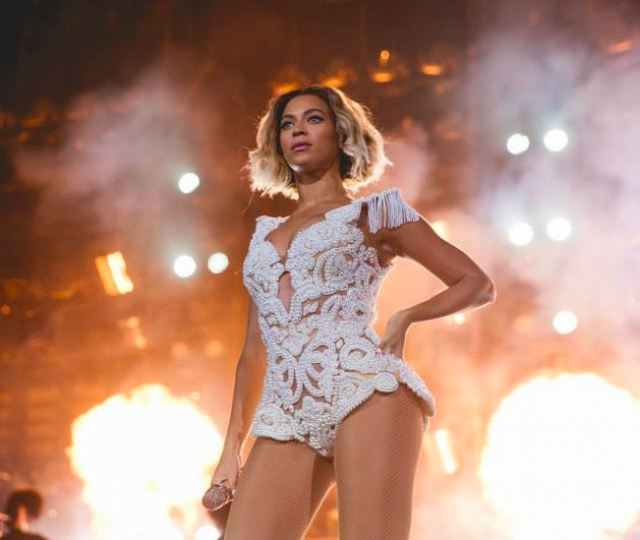 The MTV Video Music Awards are airing this Sunday, but new performers are still being announced this week. Sam Smith is the latest artist to be added to the already jam-packed, A-list lineup. The British singer is scheduled to make his stateside award show performance debut at this weekend’s ceremony.

“I have watched the VMAs every year since I was a kid,” the 22-year-old said of the news. “I am so insanely nervous but also so honored to be performing. This truly is a pinch yourself moment for me.”

Smith has reached worldwide fame and critical acclaim with his hit single “Stay With Me,” off his debut album In the Lonely Hour. The artist, who has been referred to as “the male Adele” is also nominated in the Artist to Watch and Best Male Video categories at the event.

With Smith’s recent addition to the lineup, it seems as if MTV has officially managed to recruit pretty much every major mainstream pop artist of 2014 to this year’s show. Tons of the genre’s leading artists are already scheduled to perform. Ariana Grande, Jessie J, and Nikki Minaj are already set to open the show with their first ever performance of their new, collaborative single “Bang Bang.” Grande and Minaj are also taking to the stage individually during the ceremony, with the former performing her recently released song “Break Free” (off her soon-to-be released LP, My Everything) and Minaj singing her latest single “Anaconda” (off her upcoming third album The Pinkprint).

Taylor Swift will be also be performing new music at the show. Having just announced her fifth album 1989 earlier this week during a Yahoo! Live stream, the country-turned-pop singer is scheduled to hit the stage for a performance of her just-released single, “Shake it Off.” The song has garnered a ton of buzz since its debut on Monday, both for its full-on pop sound and for the coinciding video. In the video, Swift dances while dressed as a variety of characters (from a ballerina to a rapper), causing some to accuse her of cultural appropriation. No word on whether any of the video’s plot will be incorporated into her performance.

Other performers include Usher, new young group 5 Seconds of Summer — who have been making a name for themselves touring with One Direction — and Maroon 5, who are somehow only just now making their MTV VMA debut. Arguably the summer’s biggest artist, Iggy Azalea, is also set to perform, but it won’t this season’s smash hit “Fancy.” Instead, the singer is reportedly teaming up with Rita Ora to perform their song “Black Widow.”

Perhaps the most anticipated performance of the night though is from — who else? — Beyoncé. In addition to her eight nominations this year, the superstar is also receiving the Michael Jackson Video Vanguard Award, a lifetime achievement honor that has been awarded to the likes of Madonna, Michael Jackson, the Rolling Stones, Britney Spears, and most recently, Justin Timberlake. Last year, Timberlake performed a medley of some his biggest hits (and most memorable choreography), including a brief ‘N Sync reunion. Not many details about Beyoncé’s performance have been revealed, but if she pulls off something similar, it is sure to be just as unforgettable.

Of course, whether any of the performances will be able to outshine last year’s Miley Cyrus debacle remains to be seen. The show hasn’t even aired yet and the network is already receiving warnings, with a recent letter from the Parents Television Council demanding that they take precautions to avoid any “public relations kerfuffle.”

We’ll have to stay tuned whether this year’s acts will be able to avoid controversy. Regardless, their impressive scheduled set of performers is sure to attract plenty of fans. In addition to their crowd-pleasing lineup, MTV has also brought on several notable presenters including Lorde, Jason Derulo, Trey Songz, Orange Is the New Black’s Uzo Aduba, Laverne Cox, and Taylor Schilling, Dylan O’Brien, Demi Lovato, and Vampire Diaries’ Nina Dobrev.

The Video Music Awards will air on MTV on Sunday, August 24.