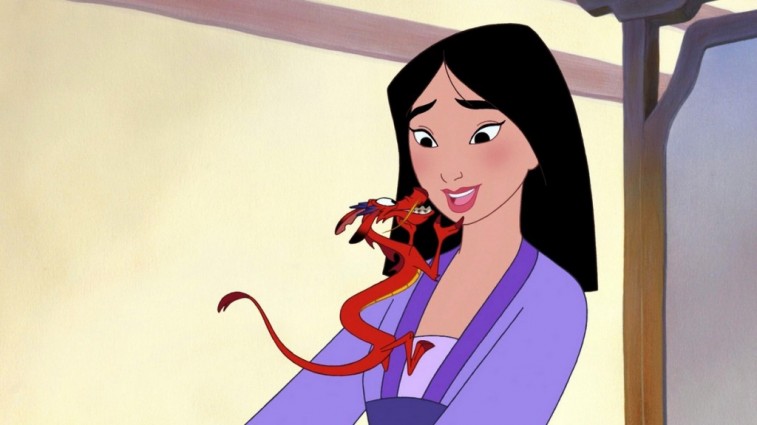 Disney has just added another animated classic to its planned live-action reboots. The Hollywood Reporter has reported that the company is making a live-action version of Mulan, based on the 1998 animated movie. The move comes as the company seeks to remake what certainly seems like all of its classic animated films into live-action features with big-name casts. Given the financial success of movies like Alice in Wonderland, Maleficent, and the recent Cinderella, the move makes sense from a fiscal standpoint. As the movies keep rolling out, we’ll have to see if they do the same critically.

The Hollywood Reporter writes that Disney just bought a script from the writing team Elizabeth Martin and Lauren Hynek about the Chinese legend of the female warrior Hua Mulan. The company has already lined up producers as well. The animated film received Golden Globe and Academy Award nominations and is generally a beloved part of the Disney pantheon, so the live-action version will have a lot to live up to.

Mulan tells the story of the a young Chinese peasant woman who disguises herself as a man in order to take her father’s place in the army and go to war in his stead. She ends up becoming one of China’s greatest heroes with the help of some friends, including her dragon Mushu. The animated film was praised for critiquing the typical Disney princess narrative with a more modern, feminist one in which the main point of the story was for Mulan to save her father and defend her country while overcoming significant odds and overall discrimination against women. There was a love story involved, but it was far from the center of the film’s story.

That feminist narrative will make Mulan a perfect addition to Disney’s current live-action reboot mania. Tim Burton’s Alice in Wonderland started it all by grossing over $1 billion, according to Box Office Mojo. Burton re-imagined that movie with feminist themes by having an older Alice fall down the rabbit hole into wonderland while running away from a suitor she didn’t like. That was followed by Angelina Jolie’s feminist revision of Sleeping Beauty with last year’s Maleficent, which grossed $758 million worldwide at the box office per Box Office Mojo. While the recent Kenneth Branagh version of Cinderella is less revisionary than other live-action re-tellings of fairy tales, it does give the titular princess more agency than the animated classic.

Disney isn’t only rebooting its princess movies as feminist vehicles. The company has also hired Tim Burton to direct a planned live-action version of Dumbo and is planning a live-action reboot of The Jungle Book with an all-star voice cast for the CGI animal characters as well. Mulan will have plenty of action, a feminist narrative, and its beloved kooky animal characters to provide something for everyone and will likely be a big success with the right script. Now we can cue the Hollywood rumor mill to speculate about which actress will play the ancient Chinese heroine.