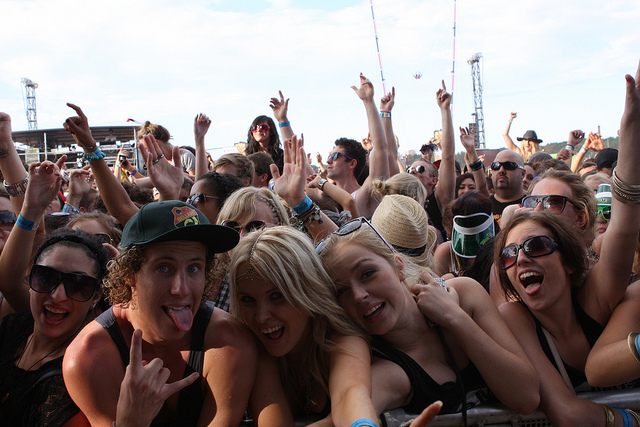 The Bonnaroo Music and Arts Festival finally released its 2014 lineup on Wednesday night, and like always, the festival being held in Manchester, Tennessee has booked a highly diverse group of acts to play on the site’s 10 stages during the four-day event that will take place from June 12 to 15.

Bonnaroo is known for including both established artists and breaking stars across a variety of genres. This year’s headliners include Kanye West, Elton John, Jack White, Lionel Richie, and Vampire Weekend. Some alternative and rock bands playing the event include the Flaming Lips, Neutral Milk Hotel, Cake, Nick Cave & the Bad Seeds, and the Arctic Monkeys. Hip-hop acts aside from West include Wiz Khalifa, Ice Cube, and Danny Brown. Electronic music will be represented by Skrillex — who’s set to host one of the festival’s famous jam sessions along with Die Antwoord and Kaskade. If you’re looking for country and blues, the Avett Brothers, Seasick Steve, and Yonder Mountain String Band are a few options. Soul and R&B singers including Frank Ocean, Lauryn Hill, and Bobby Womack are also set to perform.

The thirteenth annual Bonnaroo will also include a variety of activities outside of the performances, including a silent disco, yoga classes, the Roo Run, a 40-foot waterslide, and tents hosting films and comedy acts.

Choosing West as one of the headliners came as a surprise to some, as the last time he played Bonnaroo in 2008, he didn’t start performing until 4:30 a.m. on the final day of the festival and played a disappointingly short set. Afterwards, he posted a tirade online blasting the event’s organizers and Pearl Jam, the band that played before him.

“Everyone has moved on — it’s in the past,” said Rick Farman, a co-founder of New York-based company Superfly that helps promote the event, about the decision to book West to Relix magazine. “We’re happy he wants to come back to Bonnaroo and is embracing this.”

“First and foremost, we think Kanye is one of the most prolific and groundbreaking artists of this generation. He’s hugely influential. His albums are as great and as acclaimed as they get. He’s also a great live performer. He takes a lot of chances and he’s adventurous with the live space. All those things are what Bonnaroo performers are about,” Farman said.

Farman said the festival was also very excited about booking Elton John, who has never before performed at an American music festival. Jack White has had a special relationship with the festival for years, having appeared with the White Stripes, the Raconteurs, and the Dead Weather. White lives in Nashville, just an hour away from the festival grounds, and musicians from his record label Third Man Records regularly perform at the festival as well. Phoenix, Vampire Weekend, and the Avett Brothers are among many of the performers this year who have a history with Bonnaroo.

Bonnaroo’s always-stellar lineup has made withstanding the punishing Tennessee heat worth it for music lovers for twelve years, and 2014′s festival is shaping up to be no exception.