Queen’s 10 Greatest Songs of All Time 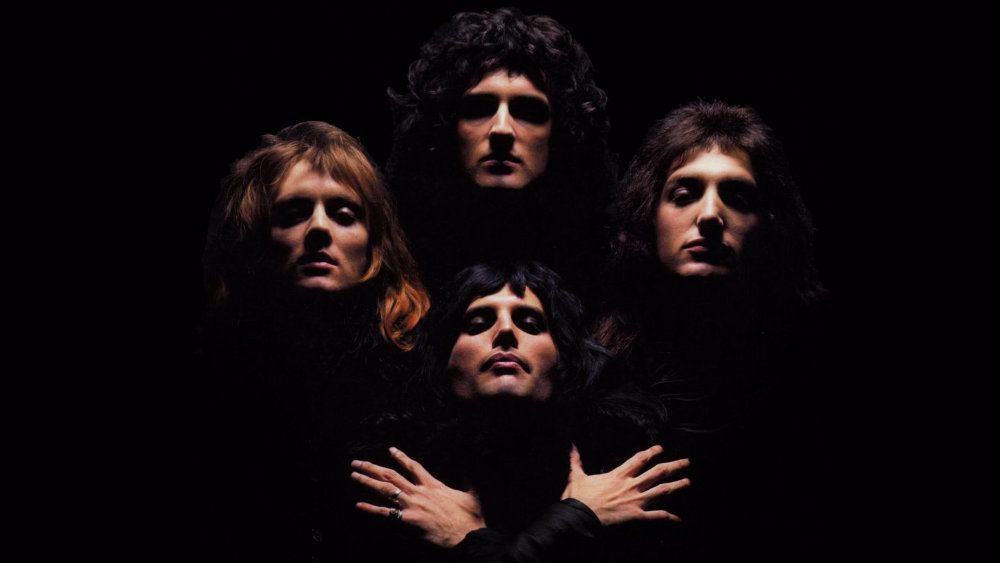 Queen founded their sound on heavy metal and hard rock influences, but their knack for melody and singer Freddie Mercury’s unparalleled vocal performances soon took them towards more radio-friendly material, though they retained a sense of operatic showmanship borrowed partially from the proud excess of Led Zeppelin. The result of all their disparate, ever-evolving influences was a brand of arena rock that was overblown and dramatic but earned every minute of it. They valued soulful vocals, tinkling Broadway-esque piano riffs and soaring guitar solos in equal measure, creating an influential sound that endures today on the strength of classic songs like these 10.

The rare collaboration that’s actually as good as it sounds, Queen’s teamup with fellow ’70s rock superstar David Bowie turned out to be a highlight among two legendary careers, boasting all the operatic drama you might expect from Bowie and Mercury’s combined powers. “Under Pressure” is a soaring lyrical and musical triumph about the difficulties of everyday living, the redemptive powers of love, and especially the importance of snapping syncopated rhythms.

Queen’s ultimate proof that a great party song doesn’t need overproduction, synthesizers or plodding bass kicks to get you moving, “Don’t Stop Me Now” chugs along on the strength of an irresistible piano riff and a typically stellar vocal performance from Freddie Mercury, the only singer capable of making “Mr. Fahrenheit” sound badass. This is classic Queen, with a crisp yet full sound and one of their greatest, most identifiably Queen guitar solos.

3. ‘Who Wants to Live Forever’

“Who Wants to Live Forever” sure sounds deathly serious for a song that was originally written for the soundtrack to Highlander, although that may partially come from hearing the all-too-mortal Mercury sing of immortality. He carries much of the song with his pleading-to-the-Gods vocal, joined only by some atmospheric synths until the otherworldly drum-pounding and guitar-riffing kick in and the song comes to a glorious crescendo that immediately earns it a place on this list.

Never have Queen’s operatic tendencies felt so deserved as they do on this shape-shifting epic, a song so great it’s nearly been turned into a cliche by overplaying and parodies. But listen to “Bohemian Rhapsody” with fresh ears, and you’ll rediscover something that feels like an emotional journey than a simple song — a combination of piano, guitar and voice that goes in all sorts of unexpected directions that nonetheless fit into a near-perfect whole.

“Fat Bottomed Girls” begins with a vocals-only version of its chorus, so it’ll probably be stuck in your head within the first twenty seconds of the song. One of their catchiest hits was actually a B-side to the mildly inferior “Bicycle Race” whose overblown majesty is so irresistible few people bother to notice that the song is actually about a boy who starts liking hefty women after being molested by a plus-sized nanny. Just another in a long line of great rock songs about questionable subject matter.

Boy, Freddie Mercury really had the kind of voice that could make any lyric sound like the most important, most soulful expression ever. His gravity-defying vocals fit well with the gospel-tinged atmosphere of “Somebody to Love,” with dubbed backup vocals that make the band members sound like a full choir singing in thrilling response to Mercury’s passionate pleas to find a love to ease his troubles. Queen knew how to make a little song feel impossibly big, and there may be no better example than this majestic 1976 hit.

A song inseparable from the circumstances of its writing, “The Show Must Go On” is Freddie Mercury’s moving account of his own struggles to continue as a performer even as he was privately succumbing to a long battled with AIDS. The singer turned in one of his greatest vocal performances (a difficult feat for such an amazing career) at a time when even his fellow bandmates didn’t think he had the strength to manage it, resulting in a late-career triumph whose every moment feels like a victory over death, albeit one that can’t last.

“I Want to Break Free” isn’t a particularly complex song, but it finds plenty of enjoyment within the simplicity of its framework. The unobtrusive synthesizers that provide atmosphere and even a solo for the song have aged remarkably well for something from 1984, and the moving lyrics about discovering and embracing new love help that catchy melody stay in your head for days on end.

Like “Bohemian Rhapsody,” this pair of songs is so ubiquitous in pop culture it’s difficult to revisit them without some inherent bias. In spite of all the obnoxious sport chants, Queen captured something great with this unlikely two-song suite, beginning with a fearless lyrical taunt and one of the most famous syncopated rhythms in history before suddenly transitioning into a rousing, emotional victory cry that’s hard not to get caught up in. Especially given those majestically sobbing guitar solos.