‘Narcos’ Season 2: Everything We Know So Far

After earning critical acclaim and plenty of award season attention in its freshman run, Narcos is set to kick off a much-anticipated second season this fall. Despite undergoing some behind the scenes changes in recent months, the Netflix crime series is moving ahead as scheduled with its sophomore season. The season promises to deliver more of the action-packed drama that kept fans hooked the first time around. With its September premiere fast approaching, here’s everything we know about Narcos Season 2 so far.

Acclaimed series star Wagner Moura will reprise his lead role as drug kingpin, Pablo Escobar. Moura earned a Golden Globe nomination for his portrayal of the Colombian drug lord last year. Actors Boyd Holbrook and Pedro Pascal will also return to the series as DEA agents Steve Murphy and Javier Pena, respectively, who are tasked with bringing down Escobar.

[Update 7/21/16:] Netflix released the official first full-length trailer for the series, seen above.

2. There have been some changes to the creative team 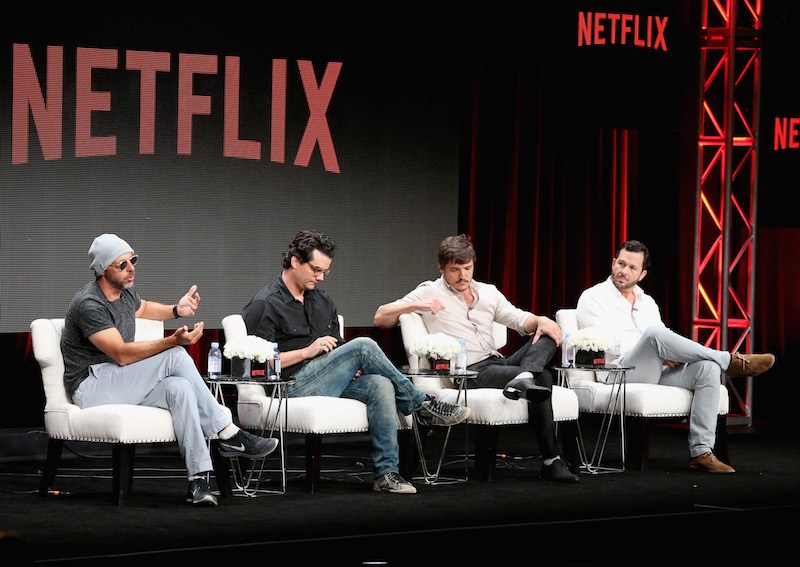 The highly praised Netflix drama has seen some behind the scenes drama of its own in the lead-up to Season 2. In December, Adam Fierro stepped down from his position as showrunner after just a few months of working on the series. Fierro was initially a replacement for co-creator and original showrunner, Chris Brancato, who left Narcos in April for a deal at ABC Studios. Luckily, Fierro was able to complete most of the tasks he was contracted for — including “breaking stories for the new episodes” and writing  — allowing Season 2 to move forward on schedule.

However, instead of instilling yet another showrunner, Netflix decided to work with what it had, bringing back original producers Jose Padilha and Eric Newman (both seen above with stars Moura and Pascal) to serve as executive producers and writers on the remainder of Season 2.

3. It will (probably) feature THAT death

The freshman season of Narcos ends with Escobar escaping into the woods while DEA agent, Murphy vows to stand over his dead body. In reality, Escobar died in 1993 in a gunfight. Fans can likely expect to see Escobar’s demise play out in Season 2. Netflix teased the pending event in its first teaser for the upcoming season (above), which notably highlighted the date of Escobar’s birth and that of his death.

Moura has also confirmed that the upcoming season will be the end of the road for Escobar. In a recent interview on Chelsea (above) the actor said, “[Season 2] is all about Pablo on the run, because the first season covers 10 years of Pablo’s life — the first day he sees cocaine for the first time, till the day he escapes from La Catedral … and now it’s very short, it’s from the day Pablo escapes, to his death … Pablo is going to die this season.” 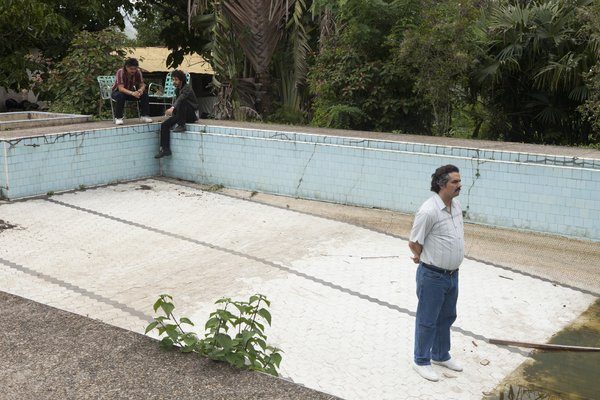 In addition to the brief teaser trailer it released earlier this year, Netflix also recently unveiled a few first-look photos of Narco’s sophomore season. As seen in the images below and throughout this post, Escobar and his team are often shown on the run. The pictures also a hint at plenty more violence in the upcoming episodes. 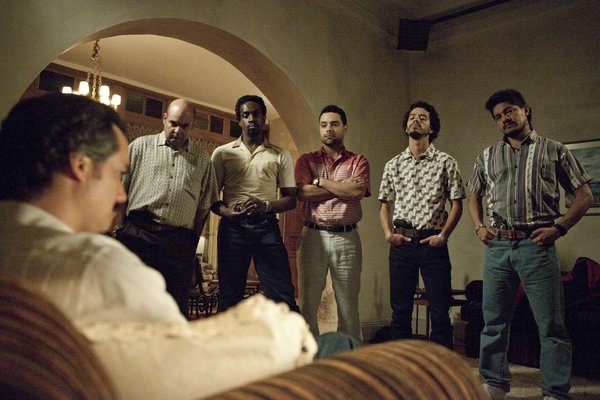 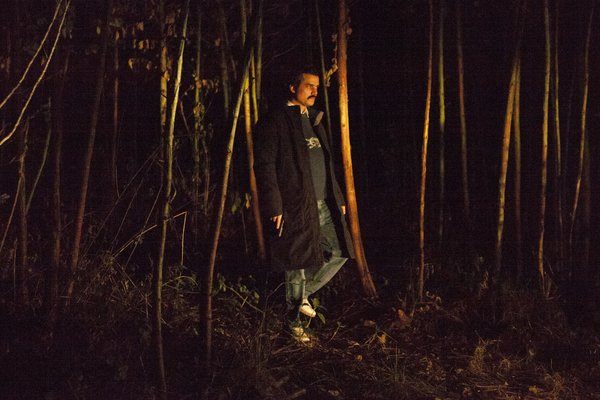 5. It may lead to a new drug-themed story 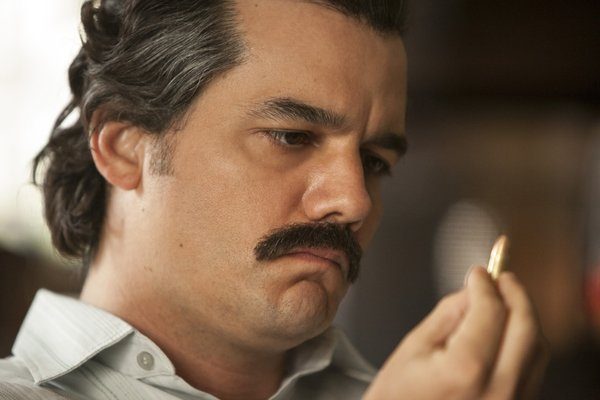 Going into the sophomore season of the drama, fans obviously have one big question: Does Escobar’s presumed upcoming death mean the end of the show? Fans shouldn’t worry, as it seems Netflix is contemplating pursuing a new drug-themed story in following seasons.

“There are any number of things that can happen after. We have not committed to one or the other. Obviously there are a lot of other stories in this world that continue on beyond him,” said Newman in January. “In some ways, for me, what they’ve done with Homeland after losing Damian Lewis after season three is sort of amazing.”

Still, he clarified that nothing’s official yet, adding, “To tell you the truth, most of my thinking is about season two because we’re in the middle of it and I haven’t thought that much about where do we go from here. I just want the best version of season two.”

[Update 7/28/16:] Newman recently hinted at the possibilities for the show beyond Season 2. As he told Deadline, “The successors to Medellín were the Cali cartel, who had been No. 2 to Escobar and they liked it that way, but soon realized they had to get rid of him — and they are big part of Season 2, ” Newman said, teasing that the group could be the focus of a potential third season.

He also said that the show isn’t about Pablo necessarily, but “a broad perspective… about all the different drug lords [which] allows us to take a critical view of the policies that America has and other countries have toward drugs.” He then joked, “We plan on stopping when cocaine stops.”

Netflix has yet to confirm a third season of the crime drama, so viewers should stay tuned for more details. The sophomore season of Narcos is scheduled to premiere on September 2. Check out the official promo poster below: 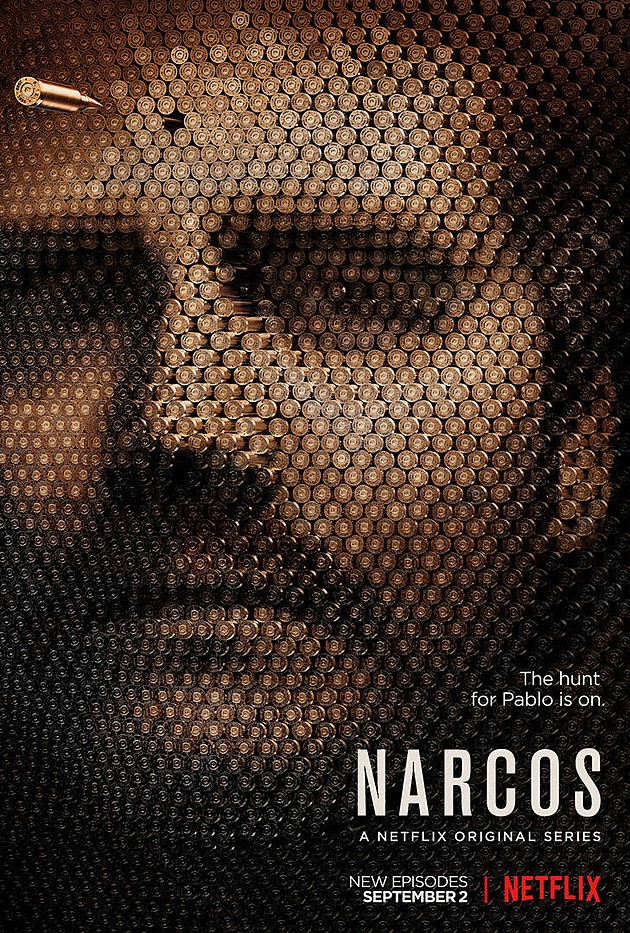