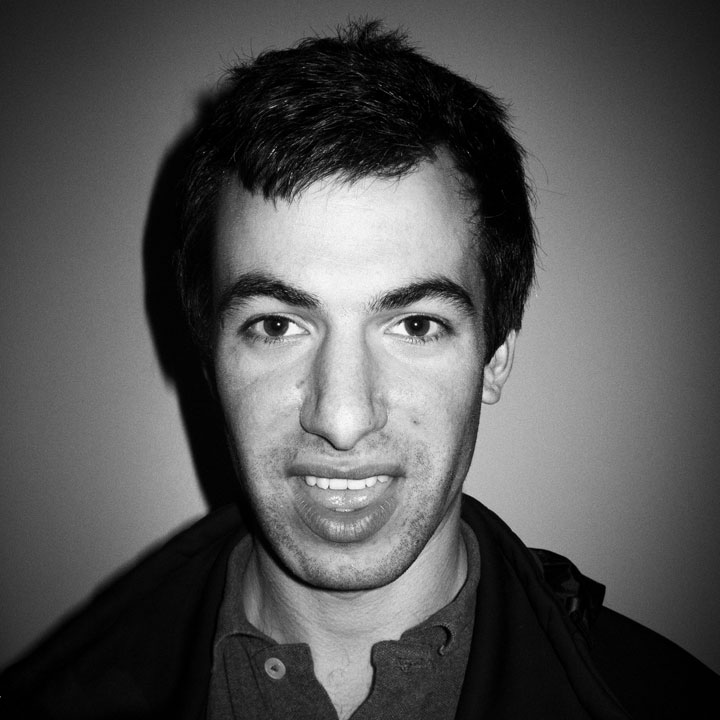 Fielder, who has a show on Comedy Central called Nathan for You, earned a business degree of some sorts from some school in Canada and has been using his ostensible business knowledge to convince business owners to let him help their business with absurd, often awful ideas. Of course, they always turn out to be brilliant bits of dead-pan comic brilliance, like shooting a commercial in which a pig swims to the rescue of a drowning goat. Tada, business is saved.

Fielder, who is between 30 and 31, attended Point Grey Secondary School, where he was part of the improv comedy group, along with Seth Rogen. Fielder uses his mundane looks and banal demeanor to deliver subtly lacerating gags. His most famous joke so far was opening a real, functioning coffee shop that used the same logos as Starbucks, the same products as Starbucks, the same aesthetic as Starbucks, and even called itself Starbucks, the catch being that Fielder added the prefix “dumb” in front of everything.

Dumb Starbucks was only open for 72 hours in the Los Feliz neighborhood of Los Angeles, but lines wrapped around the block. A week after the Health Department shut down the shop (it was intended as both satire and a very real way of making money, Fielder said), cups bearing the Dumb Starbucks logo were selling on eBay for $500. The shop offered Dumb Norah Jones and Dumb Jazz Standards CDs and, free of charge, dumb talls, dumb grandes, dumb ventis, and dumb pastries. Starbucks intended to sue Fielder, but as long as he maintains that he’s satirizing the corporate java behemoth, he’s within his rights.

This is the kind of humor on which Fielder thrives: stupidity under the guise of subversive critique. His jokes unfold in the real world and involve real people who tag along for the amusement and the enlightenment. Two of Fielder’s best gags so far are his Gas Station Rebate, in which he convinced a gas station to charge people $1.75 for gas as long as they went on a soul-searching trip to a nearby mountain, and the Claw of Shame, in which he almost became a registered sex offender.

For the Gas Station Rebate, Fielder took a small group of people on an overnight camping trip. They played guitar and slept in sleeping bags, and meditated on the meaning of life and what it means to be lonely. It’s unexpectedly poignant, and Fielder, like Louis C.K., divulges some personal information within his comedy, making it clear that he, too, is a lonely person. A lonely guy with too much time on his hands and a degree he wants so badly to make meaningful. That the skit is also hysterical just makes it better.

Claw of Shame is less enlightening but even funnier. He handcuffs himself to a steel bar and has 90 seconds to pick the locks before a mechanical arm disrobes his pants and underwear in front of a room full of children, at which point a local law enforcer will take him away. Instead of risking his life in a daring escape stunt, like Houdini, his risks becoming a registered sex offender forever.

The first pictures from the upcoming season of Nathan for You were posted on Entertainment Weekly, and things look to be off to a great start. Advertising for a pet shop on the grave of a dead pet fly? Color us excited.