NBC Is Off to See the Wizard With Upcoming ‘Emerald City’ 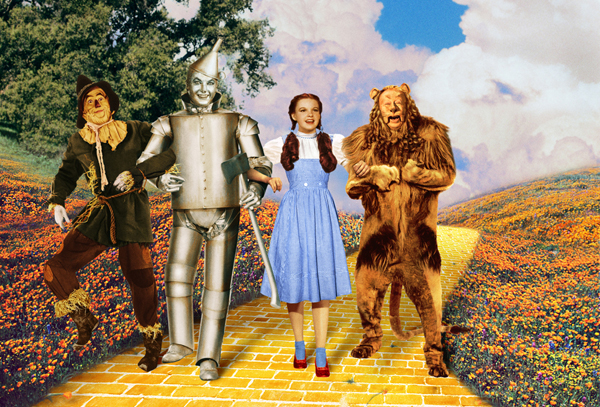 The Wizard of Oz tale is one that’s only recently begun to gain steam in Hollywood. With upwards of 14 novels that L. Frank Baum set in the land of Oz, there’s a wealth of stories to pick from for any number of big-budget adaptations. And yet somehow, the only recent attempt we’ve seen has been Oz the Great and Powerful, generally viewed to be a creative flop. Past that, few studios have felt inclined to take on the potential franchise sitting around in Baum’s novels. We finally may be getting our first step into that territory with NBC’s upcoming show Emerald City.

The journey of Emerald City to a network green light has been an arduous one, to say the least. In January 2014, NBC put in an official 10-episode order for the show, with the goal of drawing heavily from the Oz novels. But in August, plans for the series went pear-shaped. NBC cited “creative differences” with showrunner Josh Friedman and in turn cancelled its order. Eight months later, NBC tagged a new writer in David Schulner, and Emerald City was officially back on. That brings us up to date as the network now turns its focus to bringing the new script to life.

This naturally leads to the next logical question: Will this even be any good? Schulner’s body of work is less than impressive, having written for Do No Harm and The Event. Former showrunner Josh Friedman’s background is decidedly more sci-fi, having worked on both Steven Spielberg’s War of the Worlds and The Sarah Connor Chronicles. Without his vision in the writing room, it may be difficult to adapt the show’s lofty ambitions that Deadline describes as a “dark reimagining of the classic tale of Oz in the vein of Game Of Thrones.“

Even so though, there’s massive potential in Baum’s source material for a compelling series. Fourteen novels gives Emerald City tons to work with while still allowing for a decidedly modern twist.

Of course, since it’s the year 2015, it wouldn’t be an adaptation without someone using the words “dark and gritty,” but anyone who’s read the Oz books can tell you that it’s plenty dark enough as it is. It’s a vast world of political intrigue, decimated landscapes, and a Narnia-esque mythology that lends itself perfectly to a lengthy TV series. Network television allows for a deeper exploration into the world that Oz the Great and Powerful simply couldn’t accomplish as a feature-length movie.

There’s still a long way to go before any judgment can be levied against (or for) Emerald City. It’s a show that’s been picked up, cancelled, and then picked up again with a new showrunner, so it’s difficult to know what direction it’ll end up going creatively. The fact remains that the series is starting out with a untapped well of material to pull from. Hollywood’s reticence in adapting the Oz mythos has left the door wide open for Emerald City to be a trailblazer in that universe.

The hope is that NBC will end up doing justice to one of the richest and most iconic literary worlds we have. But if not that network, it’s only a matter of time before someone strikes gold with what amounts to a new TV/film franchise. If someone wants to be that network, it’ll realize just how high the creative stakes are to ensure the success of Emerald City.