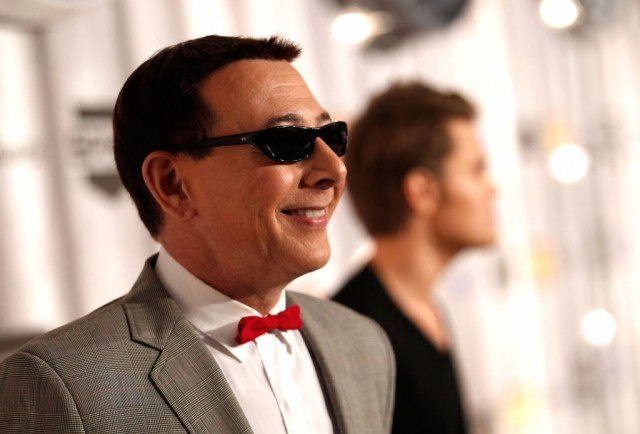 Netflix isn’t releasing its first original movie until August, but the company is already establishing itself as a notable presence in the world of feature films. Just a week after acquiring the latest project from Fifty Shades of Grey star Jamie Dornan, the streaming service has also picked up the rights to the high-profile sequel, Pee-wee’s Big Holiday, starring Paul Reubens as his iconic Pee-wee Herman character.

Pee-wee’s Big Holiday will mark the first installment in the famous franchise since Big Top Pee-wee in 1988. Rumors of a new sequel have swirling for several years now, with Reubens and well-known director-producer Judd Apatow long since working to bring the character back to screen. Per The Hollywood Reporter, the project was once set up at Universal Studios, but failed to move forward. Now, it’s finally coming to fruition at Netflix.

Though specific plot details haven’t been released, the movie will reportedly center on a fateful encounter that inspires Pee-wee to embark on his first holiday vacation. According to Netflix, Reubens co-wrote the forthcoming film alongside Paul Rust (Comedy Bang! Bang!, Arrested Development). Meanwhile, Apatow is on board to produce. In addition to marking the revival of the franchise, the project will mark the feature film directorial debut of John Lee, who has previously helmed various episodes of Broad City and Inside Amy Schumer.

“Judd and I dreamt up this movie four years ago,” Reubens said in a statement regarding the project. “The world was much different back then — Netflix was waiting by the mailbox for red envelopes to arrive. I’ve changed all that. The future is here. Get used to it. Bow tie is the new black.”

Netflix has a history of bringing beloved series back to life. The streaming service previously revived the cult comedy Arrested Development (originally on FOX) and the former AMC thriller The Killing. It also recently picked up Longmire, which was canceled by A&E last year. So far, the strategy has served the company well, allowing it capitalize on each of the show’s already established audiences.

Now, it seems Netflix is looking to employ a similar tactic with movies. Though it’s been decades since Pee-wee has headlined a feature film, Big Holiday will likely have no problem finding an audience, thanks to ’90s nostalgia and the character’s built-in fanbase.

The project marks the second notable franchise film that Netflix has on its upcoming movie slate. Its sequel to Crouching Tiger, Hidden Dragon, which becomes available for streaming in August, will mark the company’s first official original film. Meanwhile, the company also has a four-picture deal with Adam Sandler, including the upcoming western spoof The Ridiculous Six. In addition to its blockbuster features, the streaming service is developing a series of indie movies from the Duplass brothers. Earlier this month, it also acquired Jadotville, a war drama starring Dornan.

With so many varied film projects in development (several featuring big Hollywood names) and plenty more coming, Netflix seems well on its way to making itself as significant a presence in the movie industry as it has in TV. No premiere date for Pee-wee’s Big Holiday has been scheduled yet, but production is expected to begin in March. It will be released across all Netflix territories worldwide.