Athletes have a unique place in our society. We follow their careers closely, revere them, and often their life stories become a part of our cultural mythology. So it’s easy to understand why Hollywood loves to make movies about athletes. From documentaries to dramas, filmmakers have carefully chronicled the thrill of victory, the agony of defeat, and all the hard work that happens before a player even steps on the field. Here are five awesome sports movie biopics that are streaming right now on Netflix.

Steve Prefontaine is legendary to many runners and his tragically short life has been chronicled in more than one film. But Prefontaine is without a doubt the best narrative portrayal of his journey from an ordinary college student to an Olympic athlete. Jared Leto stars as the talented long distance runner whose career was controlled by not only his skills, but outside forces he often couldn’t control.

Prefontaine shows the darker side to sports fame. The runner had to make a choice between becoming a professional athlete and trying to achieve his Olympic dreams. And Leto’s methodical portrayal of the character — from his aggressive running style to his charisma when he was off the track — makes the film feel like a worthy tribute to a life cut short.

Taraji P. Henson stars as Catana Starks, the first female coach of a college men’s golf team. Starks was a former swim coach for Tennessee State University who assembled the first golf team at the school in the 1980s. Within the historically African-American population of Tennessee State University, Starks worked to assemble a diverse team, opening up the roster to underprivileged young people who were new to the sport. Starks’ passionate work took her underdog team all the way to breaking records at the PGA National Collegiate Minority Championship. 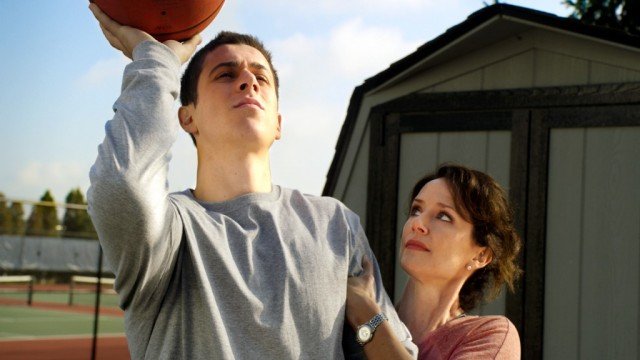 As a student athlete and star basketball player at Gettysburg College, Cory Weissman (David Henrie) seems to have it all. But as a freshman, his left side was paralyzed after he suffers an AVM stroke. It didn’t seem likely that Weissman would ever play basketball again. But, as we see in 1000 to 1, he beats the odds. David Henrie’s portrayal of Weissman is quietly brave — he shows us his struggle without overdramatizing it. And as his college coach and caring mother, Beau Bridges and Jean Louisa Kelly deliver subtle performances that help ground the film in reality. 1000 to 1 proves that not every biopic has to be about a world-famous athlete to deliver a powerful message. 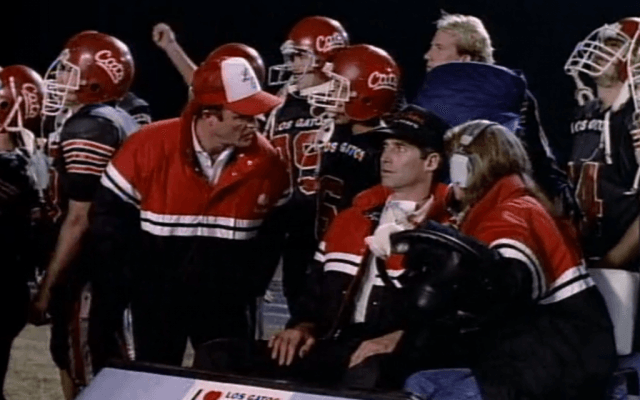 The athletes on the field are an obvious draw to any game. But sometimes, the people on the sidelines are just as instrumental to a player or team’s success. In Quiet Victory: The Charlie Wedemeyer Story, we see the true impact that a coach can have on athletes.

It’s 1977, and Charlie Wedemeyer (Michael Nouri) is a beloved high school football coach in Los Gatos, California. He seemed to have it all — a dream job, a loving family, and a team that would do anything for him. After he was diagnosed with ALS, Wedemeyer’s doctors told him he was living on borrowed time. But he fought hard to maintain the life he’d built, and led his team to victory despite his debilitating illness. With a tight script that effectively lets Wedemeyer’s story unfold, and a bold performance by Nouri, Quiet Victory is an impressively effective sports movie biopic — especially since it was made for TV. 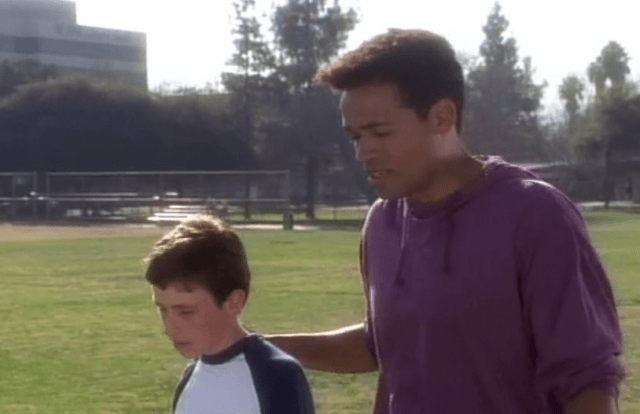 Triumph of the Heart: The Ricky Bell Story | CBS

Ryan Bell (Mario Van Peebles) is a star running back for the Tampa Bay Buccaneers when he learns he has dermatomyositis, an illness that changes his life forever. But, as we see in Triumph of the Heart, his life also improves because of his disease, when he befriends an impaired teen, Ryan Blankenship (Lane R. Davis).

Though it’s an early ’90s made-for-TV sports movie, Triumph of the Heart packs a surprisingly potent emotional punch. Director Richard Michaels’ decision to combine real footage of the Buccaneer’s 1981 season with dramatized scenes adds authenticity. And the relationship between Bell and Blankenship feels genuine — especially when we see how they’re able to help one another cope with and adjust to their disabilities.