If watching Making a Murderer left you hooked on true crime, you may want to return to Netflix for your next fix. There are plenty of other critically acclaimed options within the genre currently available for streaming. Here are seven other true crime documentaries you can watch now.

Into the Abyss | IFC Films

Werner Herzog’s 2011 documentary takes a closer look at the aftermath of a 2001 triple homicide in Conroe, Texas, and the death row inmate convicted of the crime, Michael Perry. The film, which features interviews with Perry, law enforcement officials, and the families of the victims, doesn’t focus on the suspect’s guilt or innocence. Instead, it uses the conversations to spur a larger examination of the state of the prison system and the issue of capital punishment in the U.S.

A still from The Thin Blue Line | Source: Miramax

The 1988 Eroll Morris-directed flick depicts the story of Randall Dale Adams, a man who was wrongfully convicted of killing a Dallas police officer in 1976 and sentenced to life in prison. Morris, who was reportedly motivated to document the investigation after being struck by the fact that Adams had no criminal history prior to his sentencing, chronicles the case through a series of interviews with Adams, the judge presiding over the case, and several witnesses and detectives. The film, which also features reenactments of the shooting, eventually played a role in exonerating Adams.

Directed by Errol Morris, the 2010 documentary film chronicles the story of Joyce McKinney, a woman accused of kidnapping and raping an American Mormon missionary in England in the ’70s. The “Mormon sex in chains case,” as it was called, became a huge British tabloid story, and McKinney became a celebrity of sorts before jumping bail and fleeing the country. Featuring interviews with McKinney and other journalists involved with her story, the film intriguingly points out the sensationalism of crimes via the media and the public eye.

The 2012 release follows the 1997 case of the French confidence trickster Frédéric Bourdin, who impersonated Nicholas Barclay, a Texas boy who went missing at the age of 13 in 1994. Bourdin fooled several officials in Spain and in the U.S., claiming that he was Barclay and that he been kidnapped for purposes of sexual abuse by Mexican, European, and U.S. military personnel. After an FBI agent and private investigator became suspicious of his story, Bourdin finally revealed the truth and the film chronicles his retelling of the various stages of his impersonation.

From writer and director John Borowski, this documentary tells the true story of H. H. Holmes. Born Herman Webster Mudgett in New Hampshire, he’s known as the first documented serial killer. The film shows various locations, such as his childhood home and the courtroom where his trial was held, and reenactments show the fascinating and gruesome tales of his life. Borowski is a true expert on the man in question, having previously written a book about him titled The Strange Case of Dr. H. H. Holmes.

This seven-part Netflix original documentary series chronicles the unsolved murder of Sister Cathy Cesnik, a nun who taught English and drama at the all-girls Archbishop Keough High School in Baltimore. Prior to her death, Cesnik threatened to expose a pattern of abuse at the school. The documentary explores her suspicious killing and the claim from her former students that there was a cover-up by authorities.

The series has earned critical acclaim, with reviewers calling it both “unsettling” and “riveting” and some claiming it to be even more haunting than Making a Murderer. 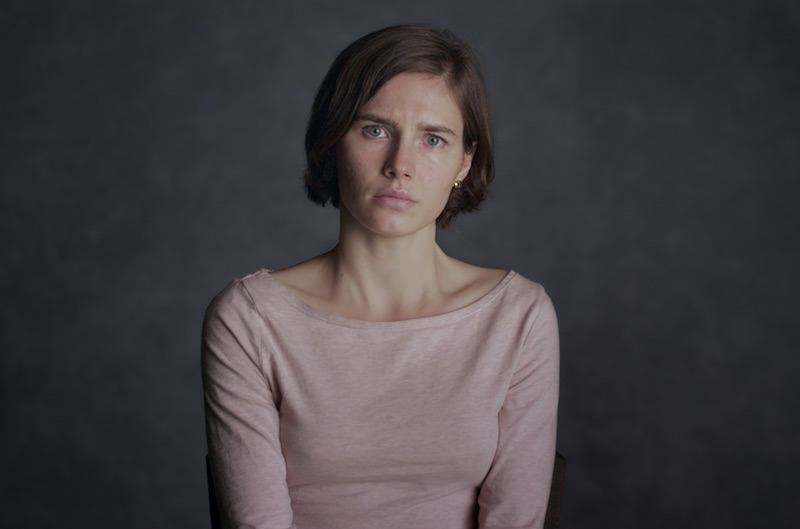 The Netflix original documentary chronicles the notorious trial, conviction, and acquittal of Amanda Knox for the murder of an exchange student in Italy. The film does a deep into the headline-making case, recounting everything from Knox’s diary revelations to the sometimes questionable strategies taken by the prosecutor.

The documentary earned widely positive reviews from critics, who called it “completely riveting” and “astounding but subtly illuminating.”