Netflix is adding a new batch of movies and television shows to its collection throughout the coming month. Here are 39 of the new titles hitting the streaming service in July. 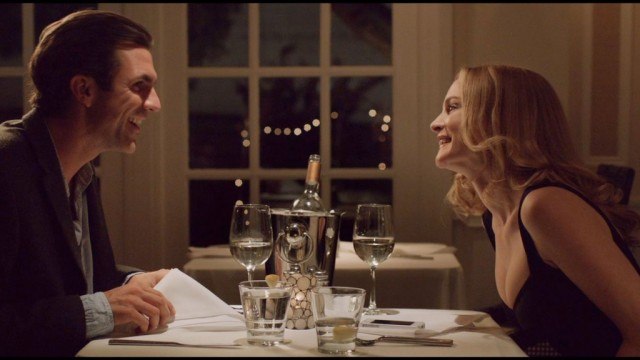 2. Bulworth, July 1
A suicidally disillusioned liberal politician puts a contract out on himself and takes the opportunity to be bluntly honest with his voters by affecting the rhythms and speech of hip-hop music and culture. Warren Beatty and Halle Berry co-star in the 1998 political comedy.

3. Grandma’s Boy, July 1
A 35-year-old video game tester has to move in with his grandma and her two old lady roommates. Allen Covert, Linda Cardellini, and Shirley Jones co-star in the 2006 comedy.

5. Goodbye to All That, July 14
When his wife unexpectedly informs him that she wants a divorce, well-meaning but oblivious husband Otto Wall finds himself thrust back into bachelorhood, where he searches for the real thing amidst a string of one night stands. Paul Schneider, Melanie Lynskie and Anna Camp star in the 2014 comedy drama.

6. Teacher of the Year, July 23
Surrounded by the eccentric faculty of Truman High School, Mitch Carter wins the California Teacher of the Year award and immediately receives a tempting offer that may force him to leave his job. Matt Leschler stars in this 2015 comedy.

7. Alive, July 1
The 1993 biographical survival drama is based upon Piers Paul Read’s 1974 novel. It details the story of a Uruguayan rugby team who were involved in the crash of Uruguayan Air Force Flight 571, which crashed into the Andes mountains on October 13, 1972. Ethan Hawke, Josh Jamilton, John Haymes Newton, and Bruce Ramsay co-star.

8. Set Fire to the Stars, July 1
Elijah Wood and Celyn Jones star in this 2014 biographical drama about an aspiring poet in 1950s New York, who has his ordered world shaken when he embarks on a week-long retreat to save his hell raising hero, Dylan Thomas.

9. The Secret of Roan Inish, July 1
Jeni Courtne stars in this 1994 drama as a young Irish girl with an unusual family history, including a missing baby brother. When she goes to live with her grandparents on the west coast of Ireland, Fiona hears stories about her ancestors, tales that involve mythical creatures called selkies who can shift from seal to human form. After Fiona ends up on the small island of Roan Inish, she believes she may have found her little brother living by the sea.

10. Faults, July 4
A renowned authority (Leland Orser) on mind control encounters a formidable challenge when he is hired to deprogram a strong-willed cultist (Mary Elizabeth Winstead).

11. Serena, July 9
Bradley Cooper and Jennifer Lawrence star in this 2014 drama, set in Depression-era North Carolina and following the barren wife of an ambitious timber baron, who sets out to murder the woman who bore her husband an illegitimate son.

12. Changeling , July 16
Angelina Jolie stars as a grief-stricken mother, who takes on the LAPD to her own detriment when it stubbornly tries to pass off an obvious impostor as her missing child, while also refusing to give up hope that she will find him one day.

13. Comet, July 28
A cynical lad (Justin Long) and a young woman (Emmy Rossum) begin a 6-year relationship after meeting by chance during a meteor shower in this sci-fi drama. 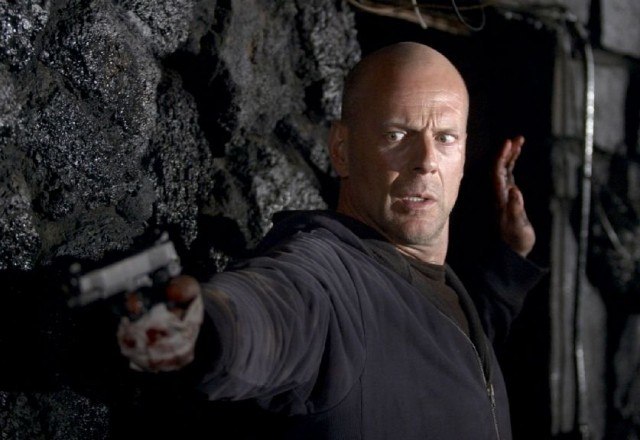 14. Hostage, July 1
Bruce Willis stars in this 2005 crime thriller, as a failed police negotiator turned small town cop, who must save the lives of a family held hostage – which draws him into a much more dangerous situation.

15. The Physician, July 15
In Persia in the 11th Century, a surgeon’s apprentice disguises himself as a Jew to study at a school that does not admit Christians. Tom Payne and Olivier Martinez star in this 2013 action drama.

16. Java Heat, July 18
A Muslim detective teams with an American posing as a graduate student to find the man behind a series of deadly terrorist bombings in Indonesia.

17. The Guest, July 25
A string of mysterious deaths leads a teenager to become suspicious of a soldier who showed up on her family’s doorstep and claimed to be a friend of her dead brother. Dan Stevens stars.

18. Saw V, July 1
Following Jigsaw’s grisly demise, Mark Hoffman, the final apprentice to the serial killer is deigned a hero. Meanwhile, Agent Strahm continues to track Hoffman while another group of strangers are put through a series of gruesome traps. Scott Patterson and Tobin Bell star.

19. Creep, July 14
The 2014 flick stars Patrick Brice as Aaron, a man who takes a mysterious job after answering the online ad. He drives to a cabin in a remote mountain town where he meets Josef (Mark Duplass), his cinematic subject for the day. Josef is sincere and the project seems heartfelt, so Aaron begins to film. But as the day goes on, it becomes clear that Josef is not who he says.

20. Almost Mercy , July 30
Jackson and Emily aren’t like the other kids. Two burgeoning sociopaths on the brink of total meltdown. Ticking time bombs seeking revenge. Who will unravel first? 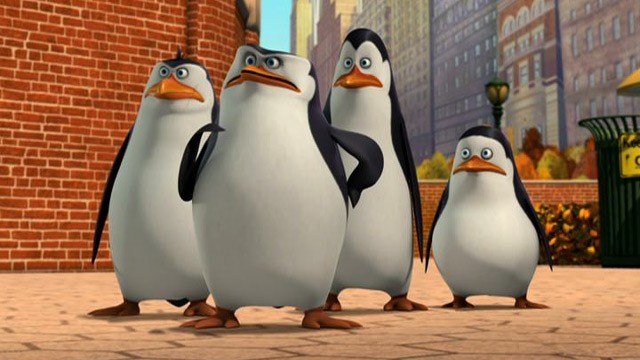 21. Bionicle: The Legend Reborn, July 1
The 2009 animated film follows the Great Spirit Mata Nui, who lands on the planet of Bara Magna, creates a new body, and becomes caught up in the furious battles of the nearly barren and dangerous planet.

22. Piglet’s Big Movie, July 1
When Piglet comes up missing his Hundred Acre Wood friends use Piglet’s own Book of Memories to find him, discovering along the way just how big a role he’s played in their lives. John Fiedler, Jim Cummings, and Ken Sansom star in the animated family flick.

23. Penguins of Madagascar, July 15
The animated film follows Skipper, Kowalski, Rico and Private as they join forces with undercover organization The North Wind to stop the villainous Dr. Octavius Brine from destroying the world as we know it.

26. Tig, July 17
An intimate, mixed media documentary that follows Tig Notaro, a Los Angeles based comedian, who – just days after being diagnosed with invasive stage II breast cancer – changed the course of her career with a poignant stand-up set that became legendary overnight.

27. The Wrecking Crew, July 30
A celebration of the musical work of a group of session musicians known as “The Wrecking Crew”, a band that provided back-up instrumentals to such legendary recording artists as Frank Sinatra, The Beach Boys and Bing Crosby.

28. BoJack Horseman: Season 2, July 17
Netflix’s animated sitcom is back for a second season, featuring Will Arnett as BoJack Horseman, the washed-up star of the 1990s sitcom Horsin’ Around, as he plans his big return to celebrity relevance.

30. Death in Paradise: Season 2, July 1
Grieving over the murder of their wool-suited boss and friend Detective Inspector Richard Poole Camille, Fidel and Dwayne don t know what to make of Poole s gawky and accident-prone replacement. Only time will tell if DI Humphrey Goodman’s British charm and razor-sharp crime-solving skills will win their respect and perhaps Camille’s heart.

31. Hell on Wheels: Season 4, July 4
This season continued to focus on the westward expansion of the Union Pacific Railroad. Conflict between the government and businesses, ranchers, homesteaders and the railroad also arose, as all of those interests compete with one another for control of Cheyenne, Wyoming, the most important railroad hub in 1867

32. White Collar: Season 6, July 4
The sixth and final season of the crime mystery series hits Netflix. . The series stars Matt Bomer as Neal Caffrey, a former conman, forger and thief, and Tim DeKay as FBI agent Peter Burke. The pair form an unlikely partnership as they work together to apprehend white collar criminals.

33. Witches of East End: Season 2, July 7
The series, based loosely on the book of the same by Melissa de la Cruz, takes place in East End focusing on a family of witches, lead by Joanna Beauchamp (Julia Ormond). Jenna Dewan Tatum and Madchen Amick also co-star in the second and final season.

34. Bad Ink: Season 1, July 14
The series features of the most awful, hilarious, grammatically-incorrect and just plain weird tattoos the country has ever seen

35. Bible Secrets Revealed: Season 1, July 14
The first season of the History series follows the mysteries and hidden facts about the most read book in human history.

37. The Killer Speaks: Season 2, July 14
A&E’s docu-reality series that presents the rarely heard perspective of a murder — from the killer

38. Glee: Season 6, July 18
The popular musical comedy-drama as it ends a six-season run with a finale that looks at how the original teen singers found their way to the glee club, and then flashes forward five years to see where life has taken them.

39. Marvel’s Hulk and the Agents of S.M.A.S.H: Season 2, July 28
The members of the group, Agents of S.M.A.S.H., are setting out to prove that they are not monsters but rather Hulk-sized heroes. The heroes live together, so in addition to tackling worldwide threats, such as trying to prevent another planet from crashing into Earth, they also must deal with normal family problems.